Is it possible to beat Brutal or Mega-Brutal with a Bacteria starting from China, on a fresh game?

I’m trying to create a disease like the trailer, of a Bacteria coming from China, as my first win…

So I have no Genes, no Cheats, nothing but a plain Bacteria, PAX-12, coming out of China.

And for super-extra difficulty, I tried for it on Brutal. I keep getting close, trying for Waking Dead and other helpful combos… but it seems I need to be really lucky to get everywhere infected…

Perhaps with some amazing luck I could do it. But possibly not, given just how hard Brutal is…

Is it actually possible? And if it is, could I do the same thing, but on Mega-Brutal?

The answer is yes, it can be done.

I played with bacteria, removed all Genes, played without Cheats, started in China and tried to beat Brutal (forgot to name it PAX-12, oops). I got pretty lucky and managed to clear it on my first try. Of course, this wasn't my first win on Brutal with Bacteria, so I had some prior experience with this mode. Still, it was a close game: 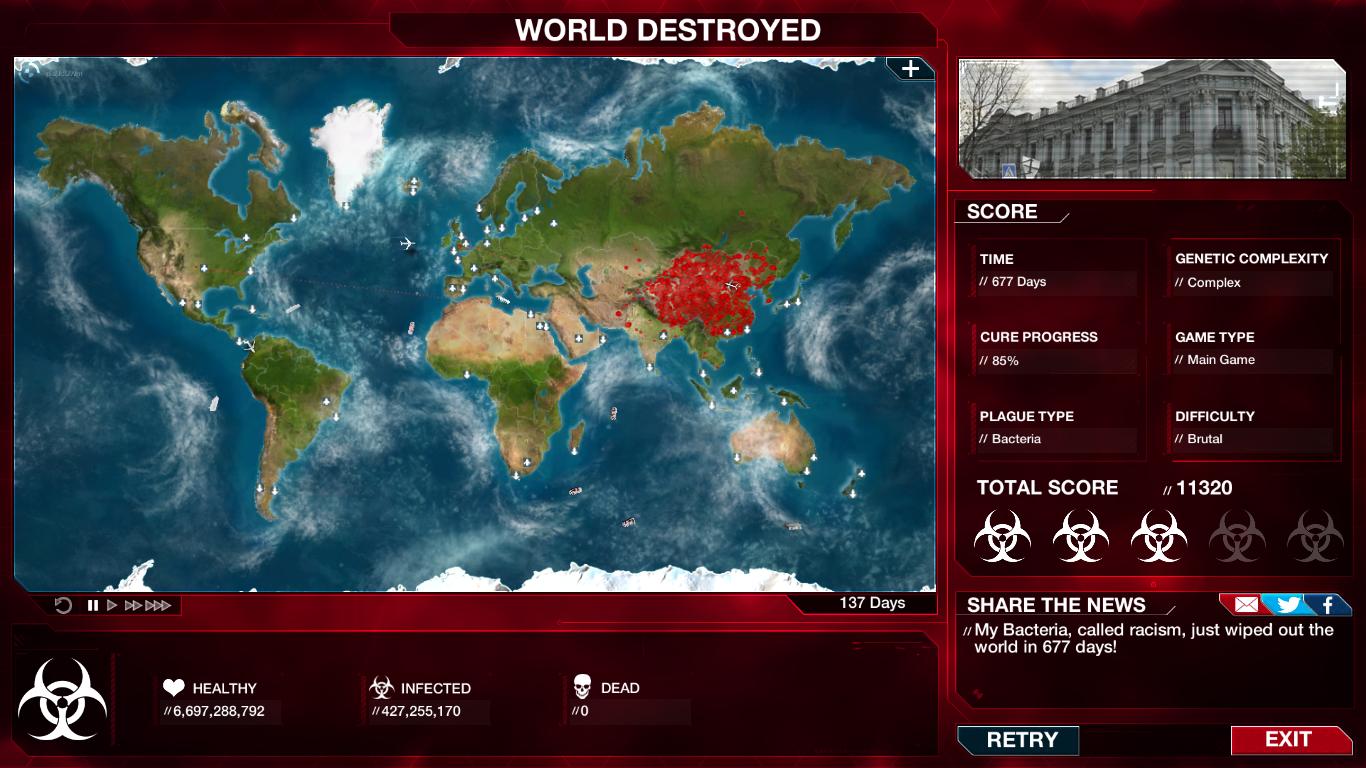 Of course I also tried the same thing on Mega Brutal a few times, but didn't manage to win. My closest game was this: 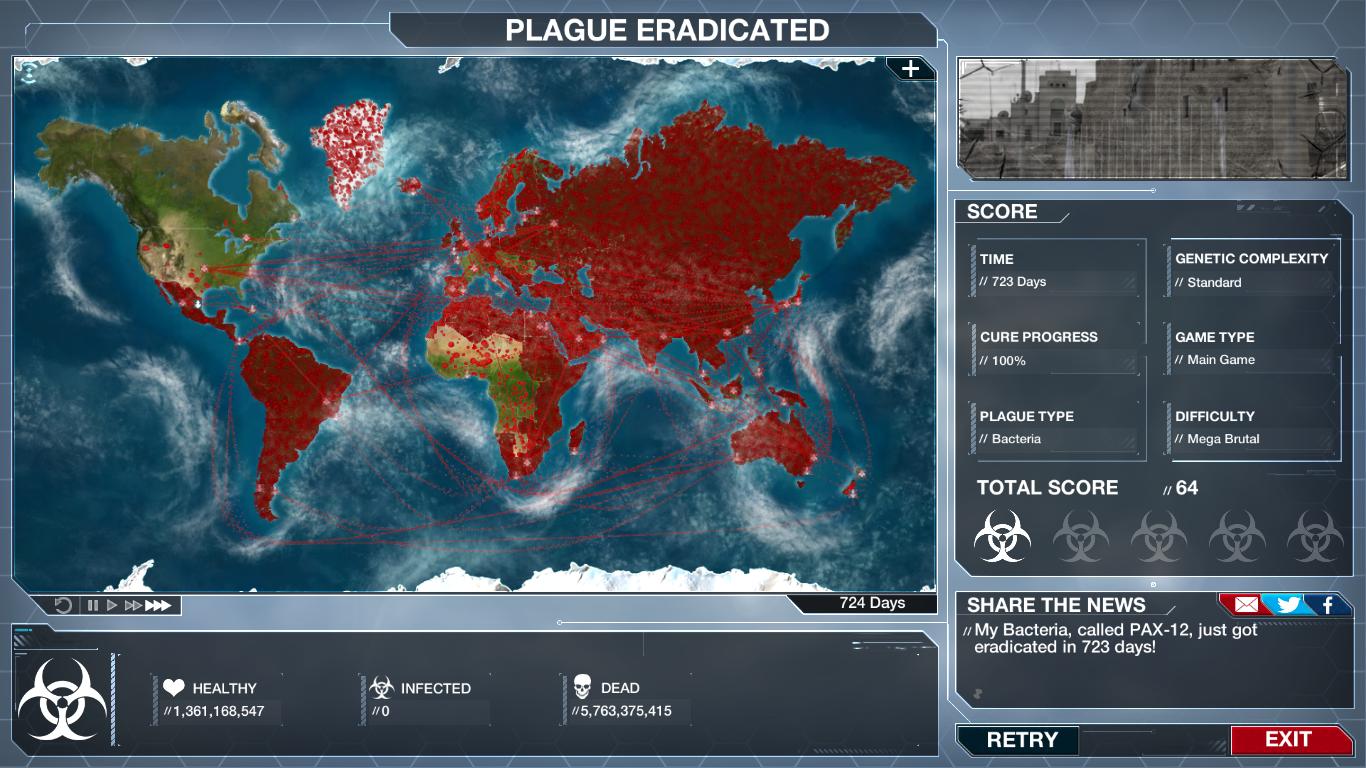 I'd say Mega Brutal is still possible to beat without Genes and Cheats, but I didn't have the right strategy or luck to do so. I also am a bit rusty on this game.

Anyways, I'll explain at least how I managed to beat Brutal.

I hope this little guide makes sense, it's probably best not to follow it precisely step-by-step, because every game is different and the actions you take depend on what situation you're in. Good luck!

I don't have any screenshot to illustrate my answer, but beginning in China is by far easier than any other countries : there isn't any climate restriction, a lot of people, some land borders and there are harbor and airport.

The little walkthrough that I will give can be done with these diseases in Mega-brutal :

How does it works?

Be careful : 1st random mutation will give you DNA points, but each time you devolve it, next time you will get -1 point each time (if I remember well, you get 6 points for devolving the 1st mutation, so after 7 devolved mutation, you will have to pay next devolutions).

This method is really long to play, because in Brutal/Mega-Brutal gamemode, disease circulation is slowed down hardly by the difficulty, but with that method, if you have still enough DNA points to get severe lethal symptoms like Total Organ Failure (which can come with Coma, which slow down a lot cure research progress), then you can get your Pop-corn and eat a few because the whole human population will die really fast.

While you don't get any symptoms ability, you will be able to infect every human without having been discovered!

Now, here are some warnings :

How can you detect when a player is looking at an entity in Minecraft Bedrock?

Minecraft pe will not load

Modify Source/Insurgency weapon for all theaters

Xbox One controller intermittently shutting itself off mid-use

Can’t teleport mounted mobs and the mob mounted on

How to stop Items from despawning?

Where should you place candy?

How we can know the blackberry secret in Pigeon room

What is an effective way to farm stinkbugs?

How to open the door in Volkrund Keep

Can I trade with any non-hostile base on the planet?

Are there any books in Skyrim about The Nerevarine or the events of Elder Scrolls III?

Why are there unreachable bananas?