When does your commander also participate in the battle?

For scenario 1, the answer is "Maybe".

Is your knight-commander also part of the army fighting? Then, yes. Otherwise, no.

It is entirely possible to have a knight who is a commander but is not participating in the battle as a knight. Probably most commonly occurs if you lose a knight early in a war and don't re-raise your troops from a rally point -- you can appoint any courtier as a commander, and if a courtier is an unraised knight, they will not participate in battle.

It is also possible for a knight to lead an army while being physically present in another army. How? No clue. Maybe really good messenger hawks. 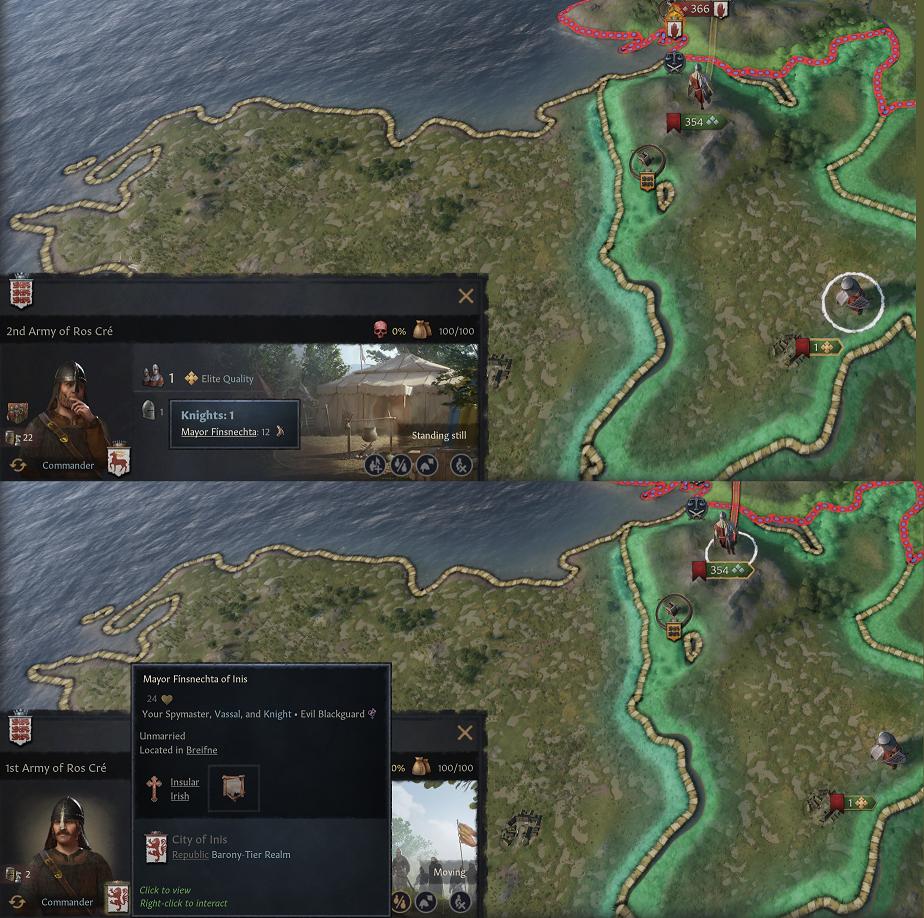 Only knights fight in battle, and since the player character is never a knight, they will not fight. However, Commanders can be wounded, slain, or captured in battle even though they don't fight -- being present is enough.

This is true even in scenarios without knights at all - in which case the message given is "Commander so-and-so was wounded by an enemy soldier" rather than the named knight.

The chance of this is partially based on Prowess, so it's still better to have high prowess if you're leading troops personally.

As mentioned in scenario 2, only knights fight in battle, and since the player character is never a knight, they will not fight. (They're still in danger, however, and having a high prowess helps mitigate that)

Commander do not score any kills, but they still might get injured.

If commanders would be able to kill enemies, then their kills would be listed on the "Knights" tab of the battle summary. But unless the commander also happens to be a knight in the same army, they won't be listed there.

However, it is still possible for the commander to get injured in battle. My character once acquired the "maimed" trait during a battle.

Do the buffs from eating food in Genshin Impact stack?

My horse can’t be leashed (Unsolvable)

How do I make my friends keep their stuff when they die in Terraria?

Why do mobs keep despawning even when named?

Where is the best place to farm Blood Vials in Bloodborne?

How to clear this jump in Egypt – Obelisk of Khamoon

How do you make a Dota2 in-game guide?

Is it practical to upgrade your Town Hall before you have everything upgraded to the max?

Is it possible to play without time limit?

How tall is the highest mountain in Skyrim?

Can I make a Nether clock (time) in Minecraft?

Do weapon aspect effects count as a ‘status curse’ for Privileged Status bonus?

Path based signalling with dual-sided stations

Can you play a Japanese N64 Game on a European console?