Help on trying to achieve a specific type of shading

I want to more or less figure out the mechanism behind a specific type of shading, as seen in the following image (the artist is moderndayjames): 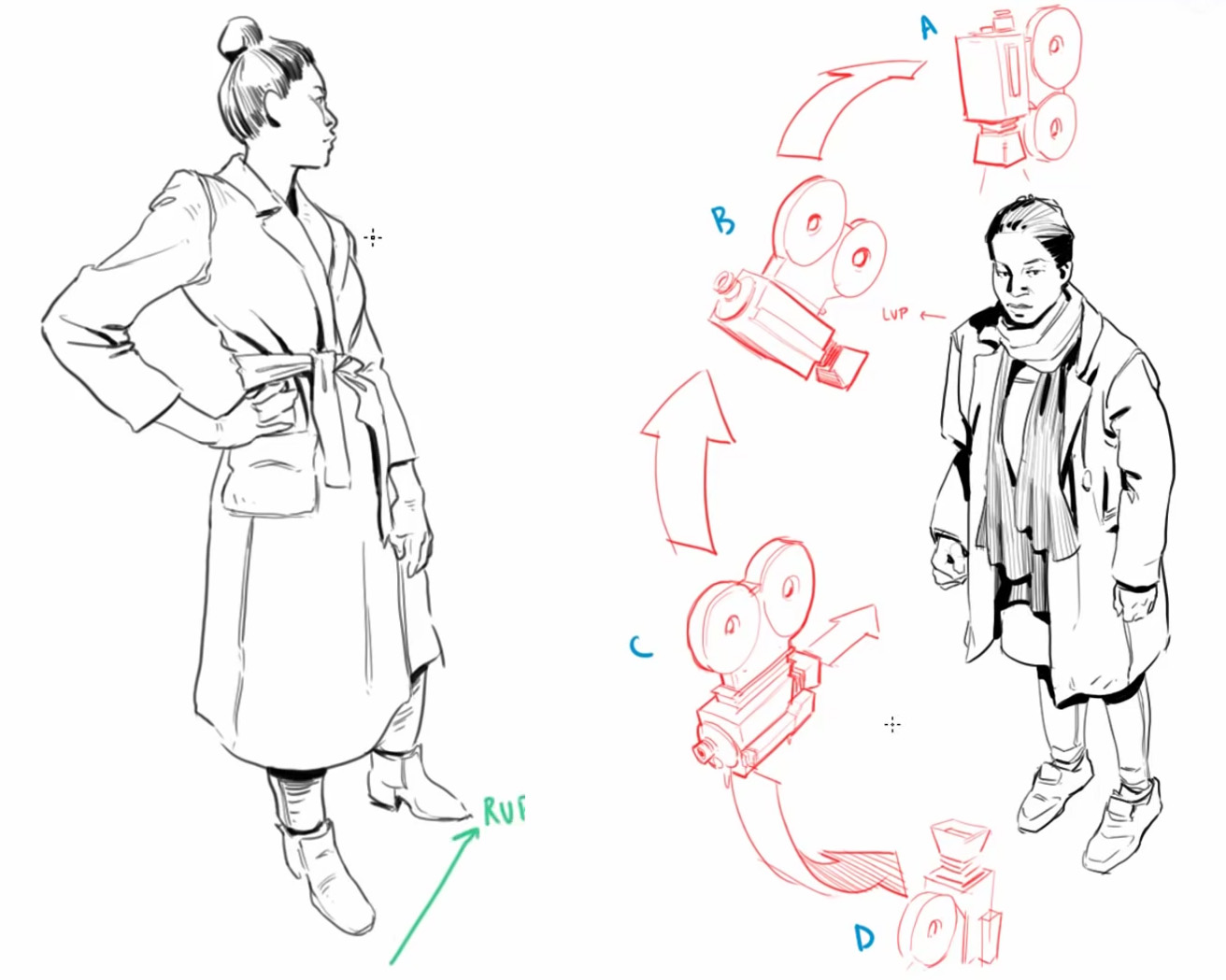 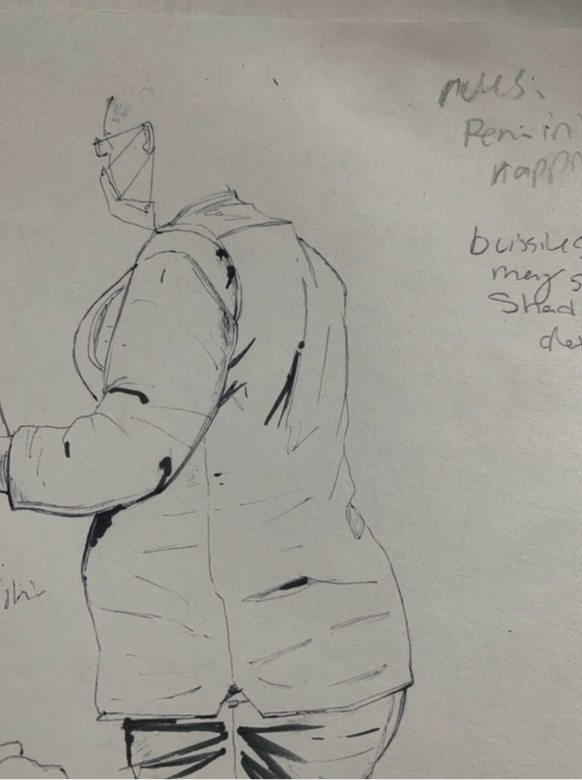 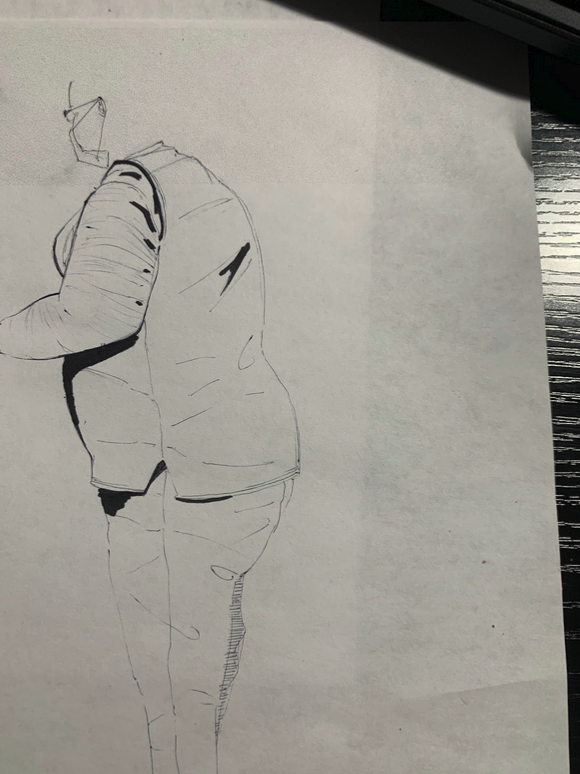 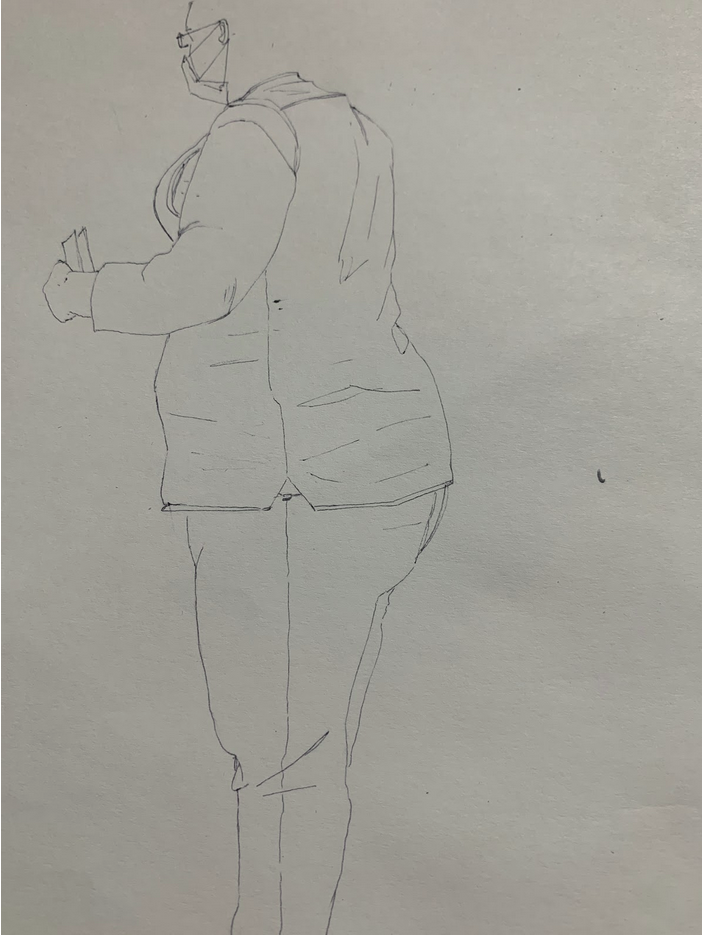 (Originals can be found here.)

Note: this is meant to be a top lighting scenario.

At the very least could someone I.D. the style of shading being used?

The shadows in your drawing differ too much from the "normal" lines. They look like a different entity instead of being part of the whole.

From what I know of this style of shading, the shadows are drawn with the same type of pen as the outlines, like a sharpie, an actual ink pen or even a fine brush dipped in ink. The outlines gradually get thicker from the light areas to the shadows. How thick they'll be in the end depends on how much you want to emphasize the shadow, but at the transition between lit and shaded area, they shouldn't be much thicker than the normal lines.

You can watch an artist create and explain shading by line weight in this video.

Also keep in mind where your light source is. In your first example the thick lines are all over the place and it's hard to recognize them as shadows at all. The places where those thick lines are don't seem to be realistic places for shadows. The second example is much better because you emphasized the shadow on the stomach that is cast by the arm and the shadow at the hips that is cast by the clothing.

But the shadow at the back of the shoulder is wrong there. The arm and clothing cast shadows as if the light comes from directly above the person. That means the soulder should be very bright, because it's very close to the light source. The shadows you drew on the shoulder indicate that the light source is at eye level in front of the person instead.

It looks like a style in-between line drawing illustrations and (a lighter version of) a typical comic book inking style.

It is a high-contrast style. Only deep shadows are filled in, so the rest can still be coloured in (by another artist). In this case, though, it is likely used as a stand-alone style.

Try seeing your model as if lit from above by a very bright light source, like the sun, and find out what areas will be completely covered in shadow, like folds in clothing, and areas obscured by cast shadows, and only ink those areas.

Is there a name for an orange, gray and white -style pattern?

What is the name of this drawing style?

Is there a name for this style and/or “subject matter” of art?

What is the name of this black lines only oriental drawing style?

What’s the term for the opposite drawing style to hyperrealism?

What art style does this black and white work represent?

How to describe this style of pencil art?

How can I describe this alien-looking sculpture art style / concept to find other examples?

What name best describes this style of pen-and-ink art?

It is easier to learn to use oil paint or acrylic paint?

How do I replicate this misty spray paint texture/pattern?

What is the best method of hanging canvas on a wall to work on?

Replenish the ink of a fountain pen by dipping

Can white gesso be diluted to make it translucent?

How to tell a story through pencil drawings?