How to get folder path in Automator Folder Action?

How do I get a path (or a name) of the folder an Automator Folder Action is attached to and save it into a variable?

Personally, I find that creating Folder Actions directly in Script Editor.app, gives me much more flexibility. Once I save the document as a .scpt file into the following folder “/Users/YOUR SHORT NAME/Library/Workflows/Applications/Folder Actions/“, your new Folder Action will be available systemwide and you will then be able to attach your new folder action to any folder using the Folder Actions Setup.app.

This following AppleScript Folder Action code will store the full path of the folder the Folder Action is attached to,, in the variable theContainingFolder

Here is the AppleScript code for the Automator workflow.

Using this return theContainingFolder as the last line of the AppleScript code, the “Containing Folder” , stores the variable as a Posix Path. (As shown in the image below) 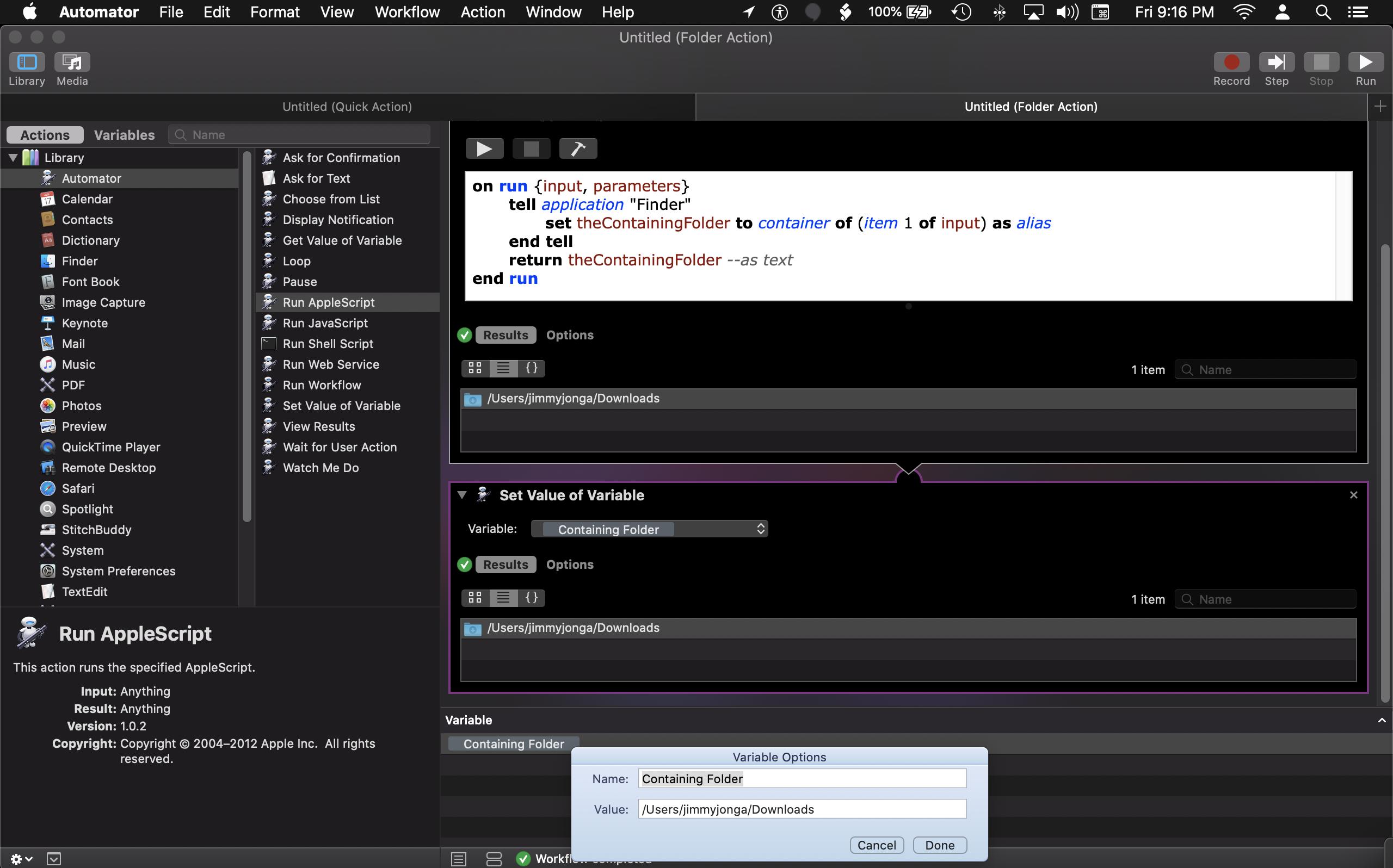 Using this return theContainingFolder as text as the last line of the AppleScript code, the “Containing Folder” , stores the variable as an HFS Path… which is the same as the path as an alias but without the word “alias”(As shown in the image below) 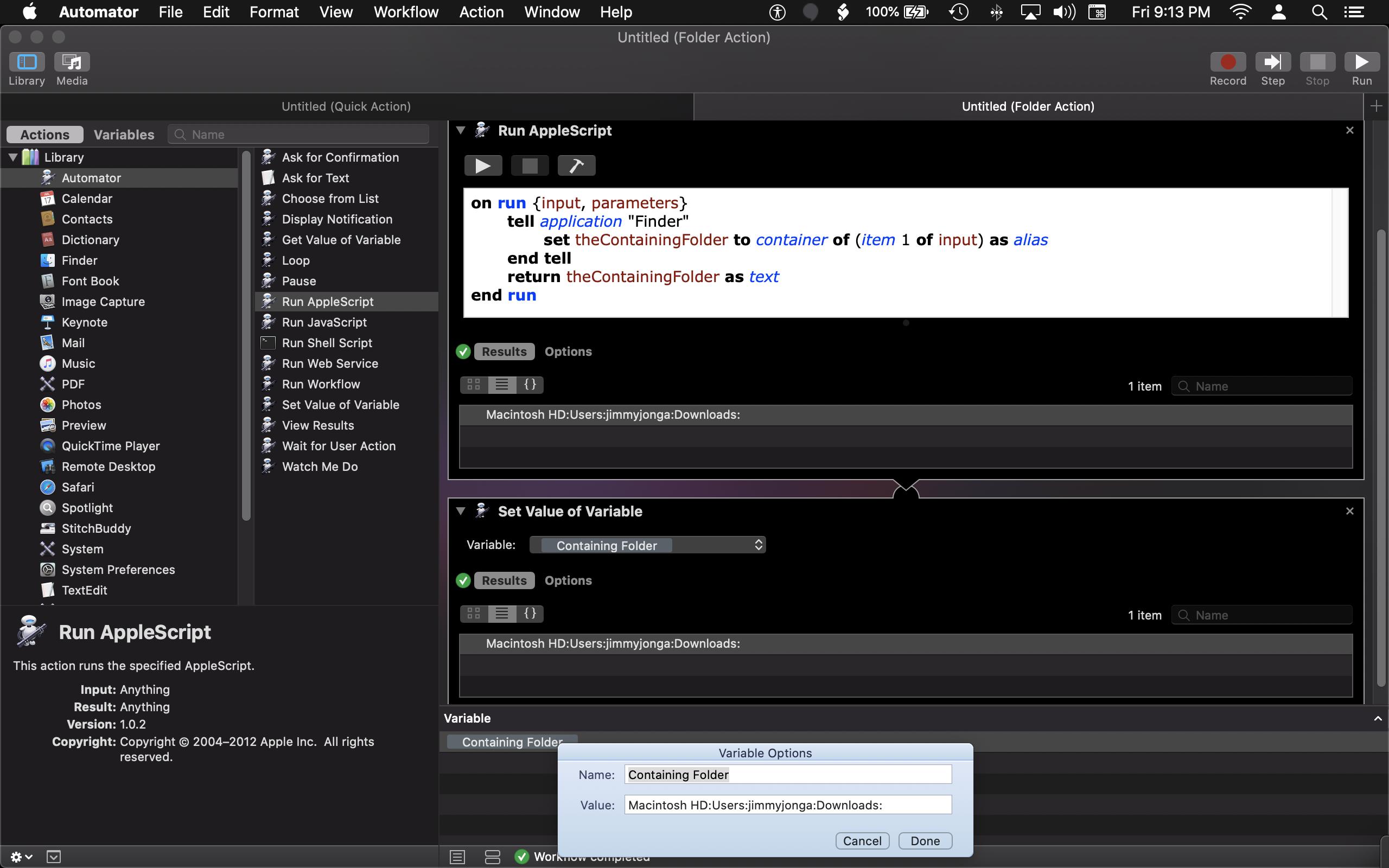 I don't think you can get the folder an action is attached to, but I think a good analog would be to get the parent folder of the current file. So, the parent folder of a file in ~/Downloads/MyDownloadedFile.pdf will be the Downloads folder, and you could save that to a variable.

This action is not built in to Automator. However, if you are running macOS 10.13 or earlier, you can purchase a package of third-party Automator Actions from http://automatedwork.server323.com/products/apps/automator-actions-for-mac-os-x-10-610-7-snow-leopard-lion/. The action you want is "Get Parent Folders of Finder Items" in the "File and Folder Automator Action Pack". At the time that I bought it (a few months ago), the developer charged $20.

(You may also be able to accomplish this without third party actions by using an Applescript block—something like tell application "Finder" to return container of (input as alias). However, when I tried this myself, Automator seemed unable to save the variable properly. I'm not sure if that's due to a limitation of Automator or a problem with my Applescript.)

Answered by Wowfunhappy on September 4, 2020

Thunderbolt cable that only works as USB 3.1

Mac Vanilla Menu Bar App – How can I move the icon around?

In macOS, are there settings/apps that would ‘grab my attention’ when battery is running out?

Why is it not possible to use the “cut” command to manipulate a file in the Finder?

Restoring a new iPhone from backup fails with no error or message, why?

How can I get SnailSvn to run a custom diff command?

How to Add All Songs of Apple Music Playlist to My Music at Once?

How do I drag a text box in Preview?