I have this Sturmey-Archer shifter which controls a hub with 5 speeds with cables on both sides of the hub. These 5 speed with 2 cable shifters are very hard to find and my shifter broke as the picture shows. Because only the brace of the shifter broke I was wondering if I can buy just that part or what would be the best way to still use this shifter. 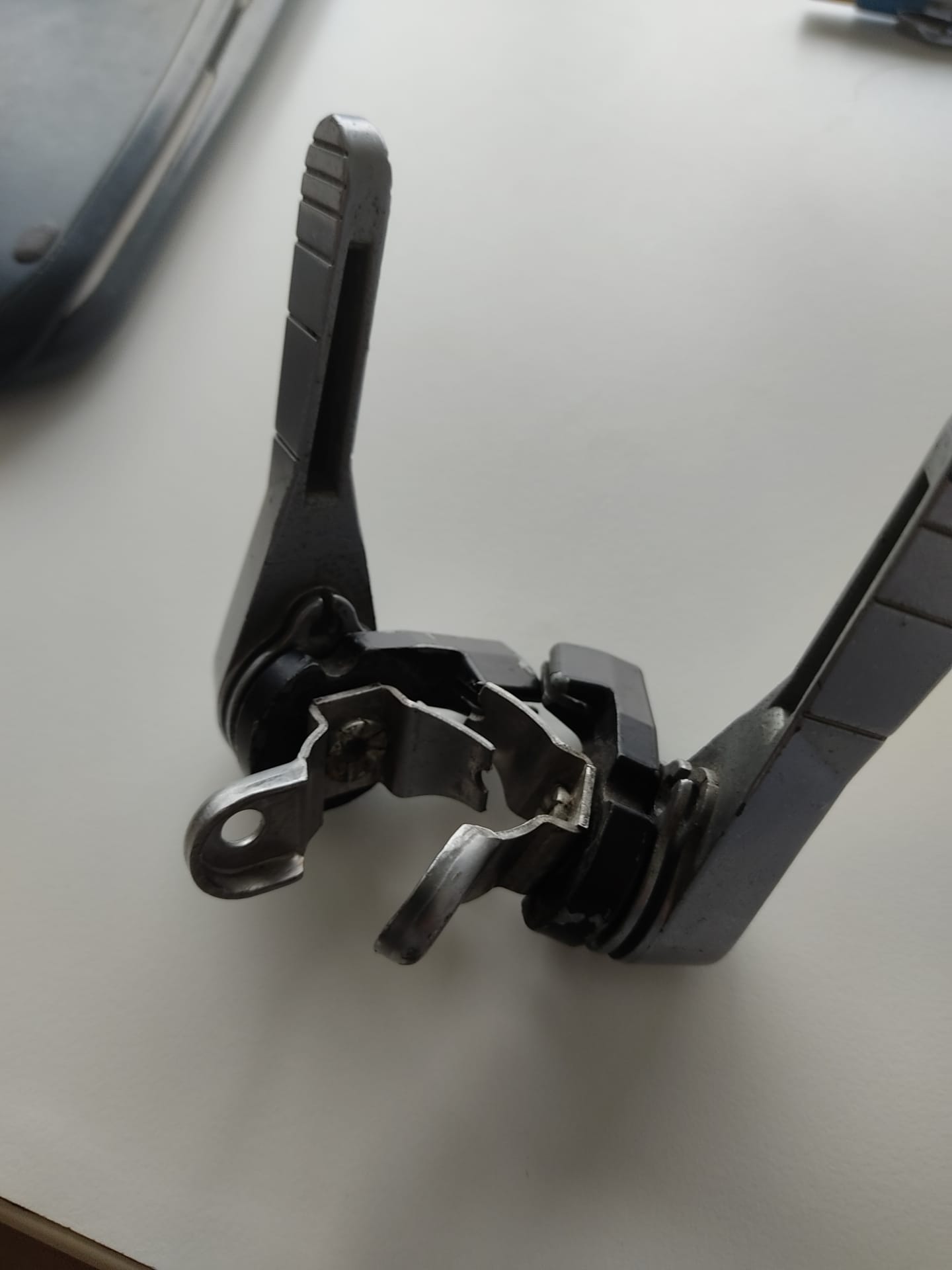 According to Sheldon Brown the two cable 5 speed hubs were made in 1991-1992 in a freewheel and drum brake model called the 5 Star and the 5 Star Elite w/drum brake. He lists the features for these hubs as:

The weak point of the 2-cable 5-speed hubs was the shift control units. The S5 required a taut cable to prevent the primary sun gear from disengaging from the axle in first gear. Sturmey-Archer went through a number of top-tube mounted shift levers, which were never very satisfactory mechanically. The left-side cable needed to be very carefully adjusted, and the actual mechanics of the click stops in the two-lever controls were too weak, so they were quite unreliable, even though there was no real problem with the hubs.

The best control arrangement for a 2-cable 5-speed hub is a standard 3-speed trigger for the right cable, and a friction-type derailleur shift lever for the left cable. The use of the friction shifter on the left gets around the problem of critical adjustment of the left cable, since you just pull it until it stops.

Sheldon does link to a diagram with the two types of shift levers for this hub containing the part numbers. Sturmey Archer does not make them anymore so the only hope you have of finding an actual replacement is used or New Old Stock. 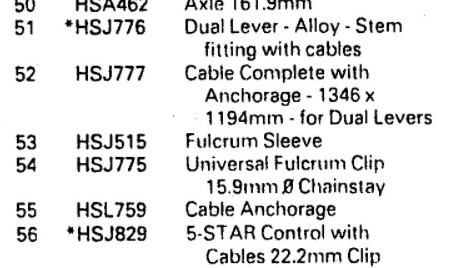 It looks like these are mounted in the same way as downtube shifters. If that is so, many downtube shifter band clamps are available aftermarket for the frame, stem or handlebar. If you take the shifters off your clamp you should be able to compare photos of this type of solution

I just banged up my bike, what damage should I look for?

What is the cheapest and easiest way to add a power meter to my Diamondback Haanjo 4?

Can you identify this freehub from a 2014 Boardman CX Comp?

Can someone locate my missing derailleur hanger

Any alternative use for old mountain bike tyres and inner tube?

When is a bike rim beyond repair?

My chainstays have been eaten by rust, can something be done?

Using a cassette and derailleur with different sprocket/cog specifications