I am running an analysis of two phenotypes: mutant and control.

I have a statistic used to rank the different genes, and the ranking is exactly the opposite between mutant and control. Moreover, there are no duplicates in the ranking (which excludes that genes are ranked alphabetically). I uploaded the test file here.

I initially thought that it might be related to the choice of the random seed, however, I get the same results even setting the same random seed in all runs.

The following is an example of an enriched result of the positive phenotype: 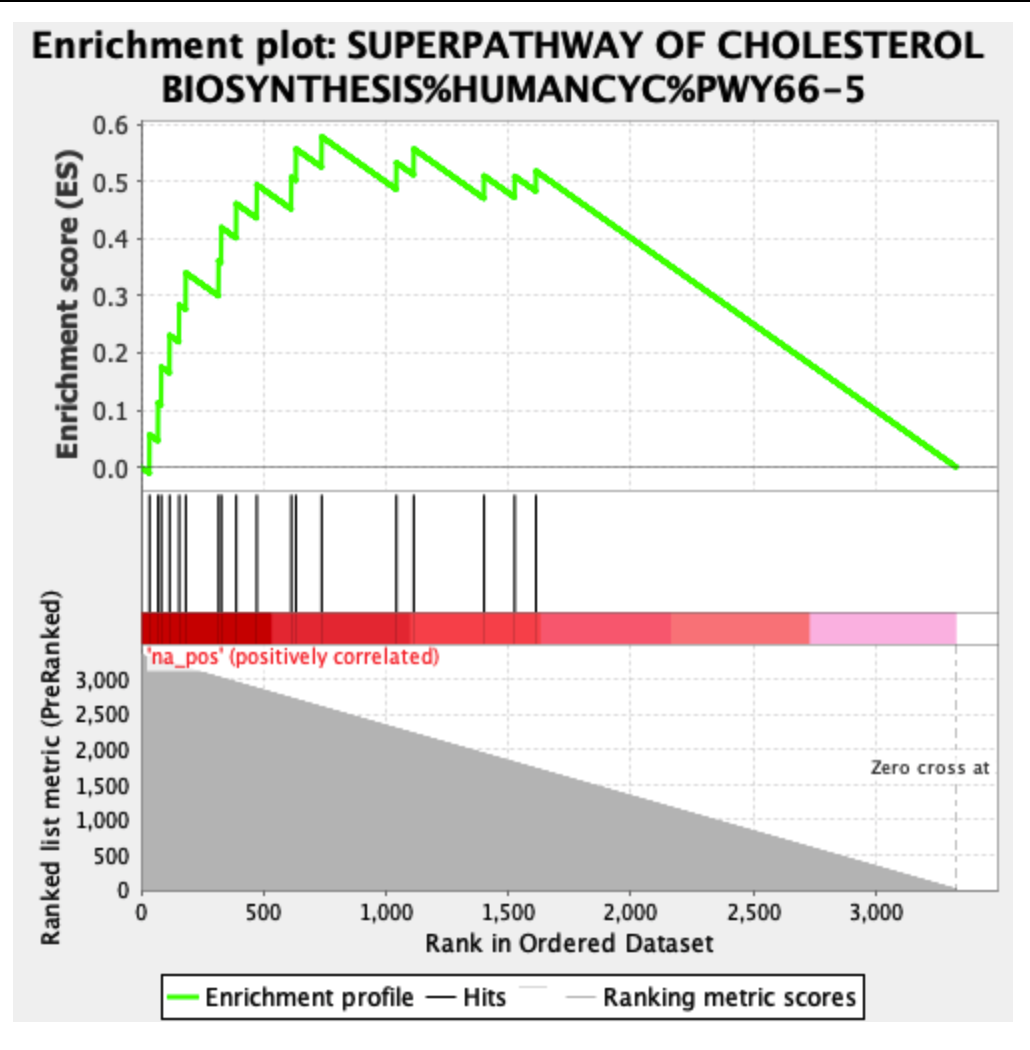 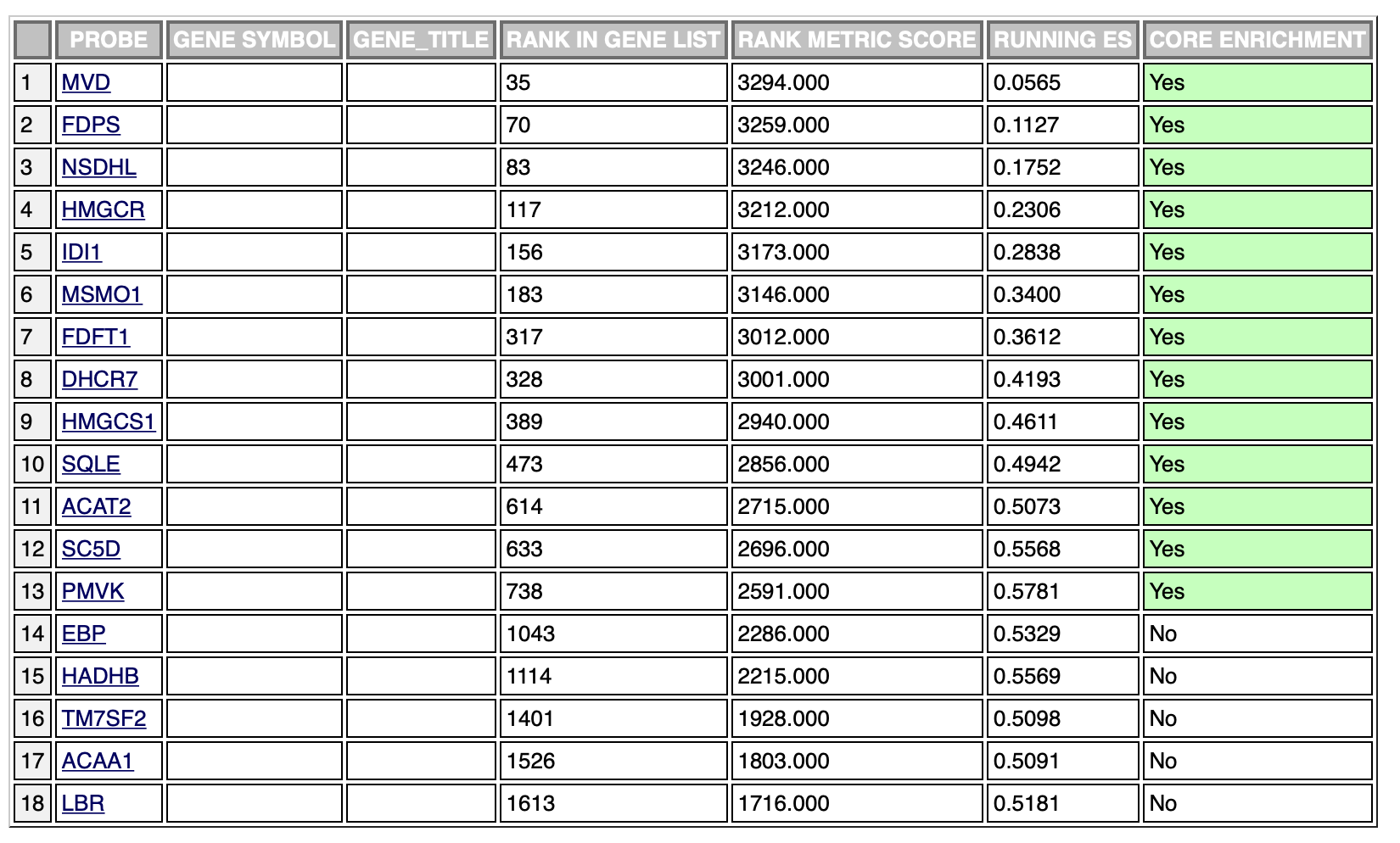 The same results with the negative phenotype: 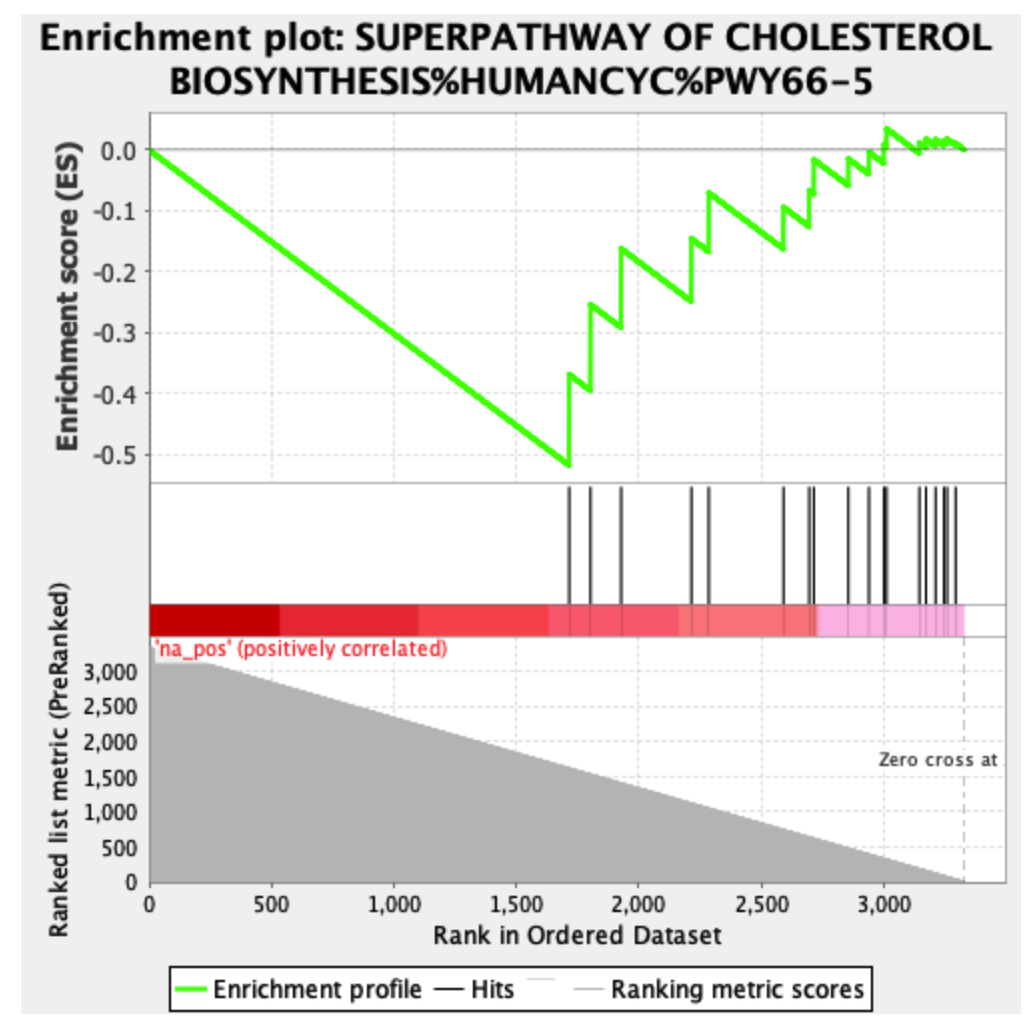 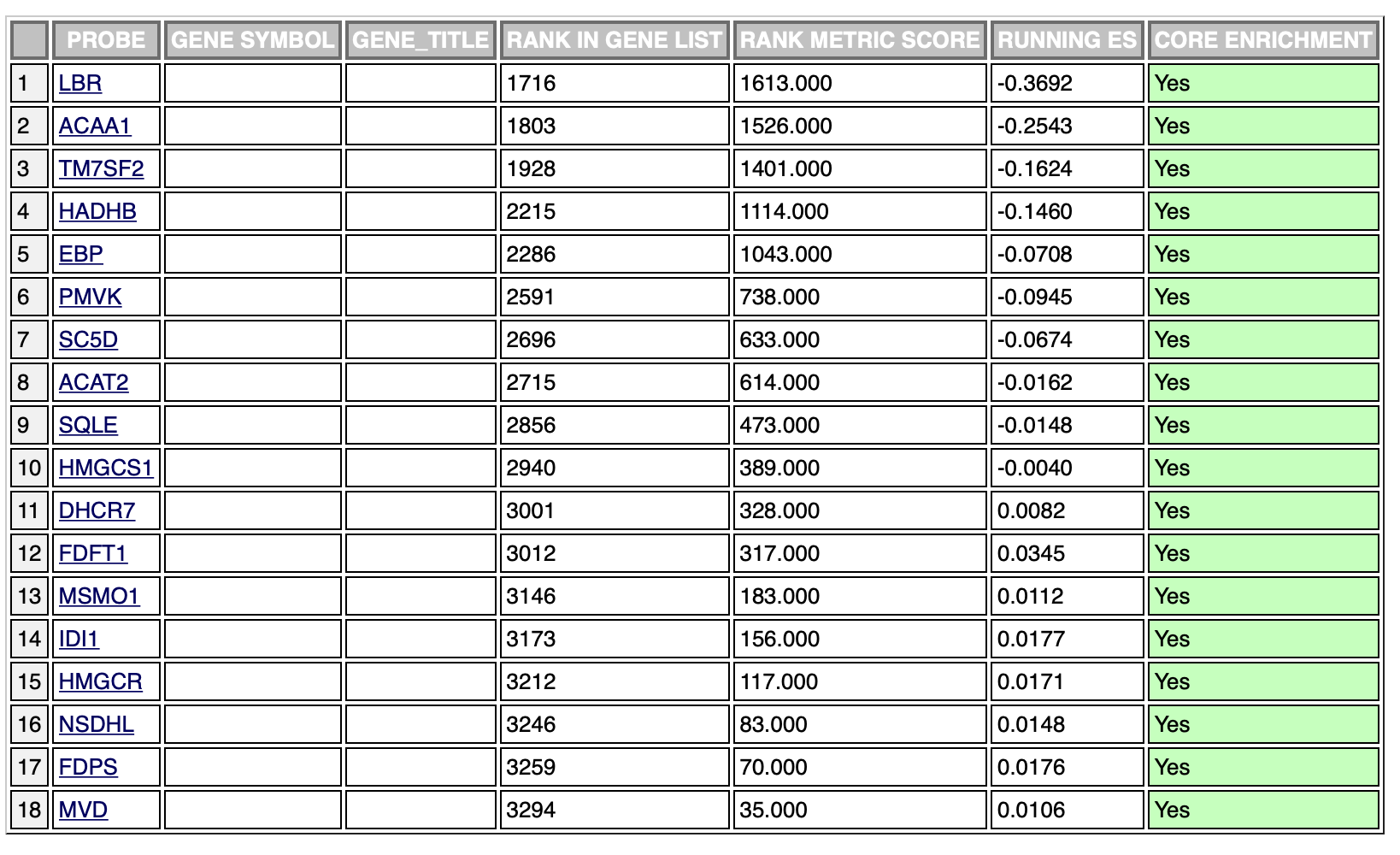 The ranking is exactly the same, however, the leading edge is different in the two cases. It’s probably due to the fact that the ranking sum goes in one direction (increasing the enrichment score) in both phenotypes. This is probably the cause of different scores in the opposite phenotypes, however, which is the result I should use in this case?

What do you mean by having the same results but opposite direction?

What GSEA does is that it goes through the gene list from the top to bottom, whenever it encounters a gene that belongs to a gene set, it adds a positive score to that gene set, and if not, it penalizes the score. That is what you see in the green line in the results.

Now imagine that you reverse the order of your input gene list, it is obvious the results are going to be different if the program still goes through the list from top to bottom.

I think as a general rule, whenever you change the order of input gene list, results are going to be different.

There are two things that I notice from these plots that are unusual for GSEA analyses that people do:

I suspect what's happened here is something like that there is no test statistic in the list of ranked genes, and the gene rank is being used as a distinguishing statistic. For the GSEA to look "normal", the gene list should have a field that indicates signed difference (e.g. mean expression of mutant minus mean expression of control). With a list presented in this fashion with signed difference, it doesn't really make sense to compare mutant and control phenotypes separately, as the test statistic incorporates both at once.

Answered by gringer on September 2, 2021

How do I find all supplementary mappings of a chimeric long (ONT) read mapped with NGMLR?

Python – Finding a motif – input: a txt file with 10 sequences and 10 motifs

How can I get properties from each one letter amino acid?

Explanation for RNA-seq samples not clustering in PCA as expected

How to find possible viral subsequences in a Eukaryote genome?

How to infer the number of chaperones involved in protein folding?

How to call this : some dots in volcano plot aligned a line after add a very small value to padj

How to analyze the correlation of two different tissue gene expression under three conditions?

Why do I get cytosine to guanine/adenine transitions in bisulphite treated sequences?

How to read E-value annotation on NCBI BLAST?

Kraken2 or metaphlan2 report to phyloseq