How can I move tracking markers along the timeline?

Blender Asked by Ladadadada on October 8, 2020

To explain the problem I have run into: I have created some tracking markers in the Movie Clip Editor and tracked several points in the clip, and I have added an offset to the movie clip so that it syncs up with where that clip ends up in the Video Sequence Editor, however, now I have moved the clip in the VSE to start at an earlier frame number and adjusted the offset in the MCE so that it still syncs up, but I can’t find a way of moving the tracking markers to start earlier as well. They still dance around as they always did, just too late in the timeline.

The screenshot shows the tracking dopesheet and the tracking graph where I have only been able to drag the points vertically. 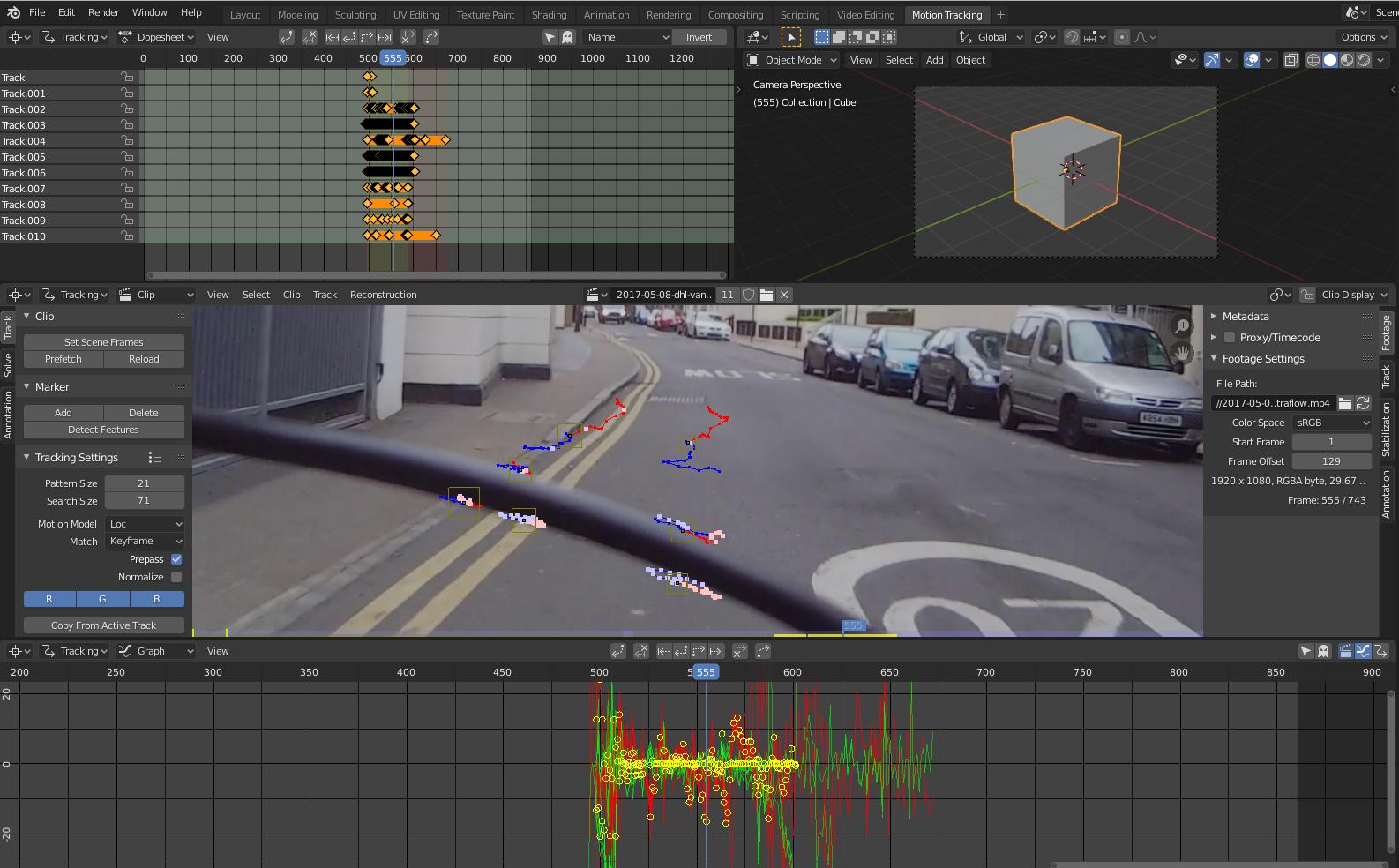 I can see a couple of ways of solving this (finalising all the VSE work before starting any tracking or working on the visual effects in separate files with no offset, rendering them out and combining them all in yet another file) but both methods involve re-doing a lot of work I have already done. I’m hoping that there’s a better solution which would save me all this work.

Is there a way of moving tracking markers along the timeline or "baking" mask control point movements or some other way of solving this I haven’t thought of?

Tracking points are uniquely associated to the clip and to every frame. The tracking points in the graphs and dopesheet are just for information and to visualize possible errors, and are thus not editable.

By offsetting, you are altering the relationship between the tracked elements and the actual content of the image.

The usual workflow for vfx shots is that they rendered separately and integrated to the edit later.

If you are only dealing with masks, render the masks as black and white images, and import them to the video editing app and use them for keying and further compositing.

How do I animate the texture mapping location in the node editor?

How to turn off mirror to Image texture in UV editor

Some objects not showing in object mode

How do I achieve this ‘dynamic cracking” effect in 2.8?

Why does the sub surf modifier round off only one side?

How to draw a for e.g. a grass ground in texture paint within blender 2.8?

Why do the workspace tabs disappear when I switch to another tab from Layout?

2D Line Strokes Turn Thin; Don’t Know how to Change Them Back

How to make a glass material having a dotted design and lines?

Shape key animation applies to all animation actions, how do I only apply it to one?

How to change the Viewpoint Shading like in older Blender versions

Can I import an image file so it can be used in grease pencil?

Reselect faces that was already selected?

How to set object at a specific depth from the camera, at a certain pixel

How to select one (or multi) particular particle hair?

Blender 2.83.2 – Only half of the icing’s sprinkles are added to the icing