Is there a specific term for a constructed writing system purportedly used for a conlang but actually for a natlang?

For example, omniglot.com says that Kryptonian is “a transliteration alphabet containing symbols for each of the letters of the English alphabet. … They just used this alphabet to write things in English in the comics.”

Matoran has been called “similar to the English alphabet, being a simple substitution cipher”.

And in Star Wars, Aurebesh is essentially the same, a different way of writing English, although technically it’s actually “Galactic Basic”. Apparently another script was also used to write Galatic Basic, called Outer Rim Basic, although there’s very little information about it. 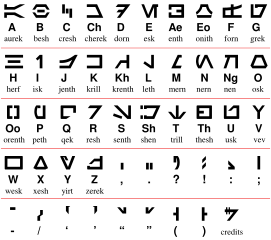 In the conlang community, is there a specific term for this type of constructed writing system? Or should we just refer to them as “transliterations” or “substitutions”?

Please note that I am specifically asking if there is a term which excludes these categories:

I don't think there's already a word for this exact subset of scripts.

However, I think such a term would be a useful one -- we certainly have to refer to these sorts of scripts in the conlanging community -- and I think there are a number of options here.

We could refer to these sorts of scripts in paraphrastic ways, like how you have in your question. "Transliteration alphabet" and "substitution cipher" both work for this purpose. However, I don't think this is a particularly attractive option, as these are long and rather unwieldy. Shortenings of these phrases end up being pretty ambiguous, as well. "Transliteration" in particular is usually used to describe completely separate things entirely, so using it in isolation to refer to these scripts would be confusing at best, and "substitution" is too vague.

Since these sorts of scripts are really the neographic equivalent of relexes, we could also coin a new term like "relex" to refer to these scripts. Just spitballing, here are a few examples of the sorts of coinages that could work:

There are any number of ways that such a term could be derived beyond these, but I feel that in order to have a term that describes this subset of scripts, some sort of new coinage is necessary.

I would call this a cipher. Dictionary.com's 6th entry for "cipher" reads, in part:

a secret method of writing, as by transposition or substitution of letters, specially formed symbols, or the like.

This gives us two requirements for being a cipher:

Let's look at the examples of scripts you want to exclude:

Is there a specific term for a constructed writing system purportedly used for a conlang but actually for a natlang?

Is any of the Wakandan writing in Black Panther used for something other than English?

Could you have a language with only three words?

Has AI technology yet provide a language composed of multiple human languages yet?

Is it reasonable for numerals to behave like verbs?

Is there a structured toki pona dictionary/thesaurus?

Should I include morphology in my proto language?

What is reduplication used for in natural languages?

Usage of different plural systems in the same language

Is there an open-source set of topics and vocabulary for making a language tutorial?

How to make names in a conlang?

How long do I need to influence language development?

How to say, ‘Haters gonna Hate’ in Toki Pona

How can I name my days of the week?

How can I talk about weather without expletives?

How much ambiguity for argument roles is possible without sacrificing comprehensibility?

What to do when my conlang has a word that means something in one of my languages?

Words for Mercy in Toki Pona?

What things can `la` mark in Toki Pona?