Can the flight controller of cheap "toy" grade quads, such as the Blade Inductrix, be programmed at all? I’d assume that even if it’s possible, it wouldn’t be practical. I don’t have any experience with FC programming (yet).

Drones and Model Aircraft Asked by Galaxy on August 19, 2021

Probably, but you'd likely be spending a lot of time locating a programming interface on the flight controller board and custom-compiling or custom-writing firmware to work on the special board configuration.

Some more expensive toy-grade drones may have accompanying smartphone apps that allow you to change some flight parameters, but very few of those exist for a variety of reasons.

In general, I wouldn't recommend trying to modify the firmware of cheap toy-grade drones... ? It's almost certainly a better use of your time and money to begin tinkering with DIY drone parts that are meant to be tweaked.

In the case of the OP's example toy drone, the Blade Inductrix FPV RTF, there is some limited good news. From looking at this image of the FC board, it can be discerned that the FC uses an off-the-shelf Atmel processor of some kind: 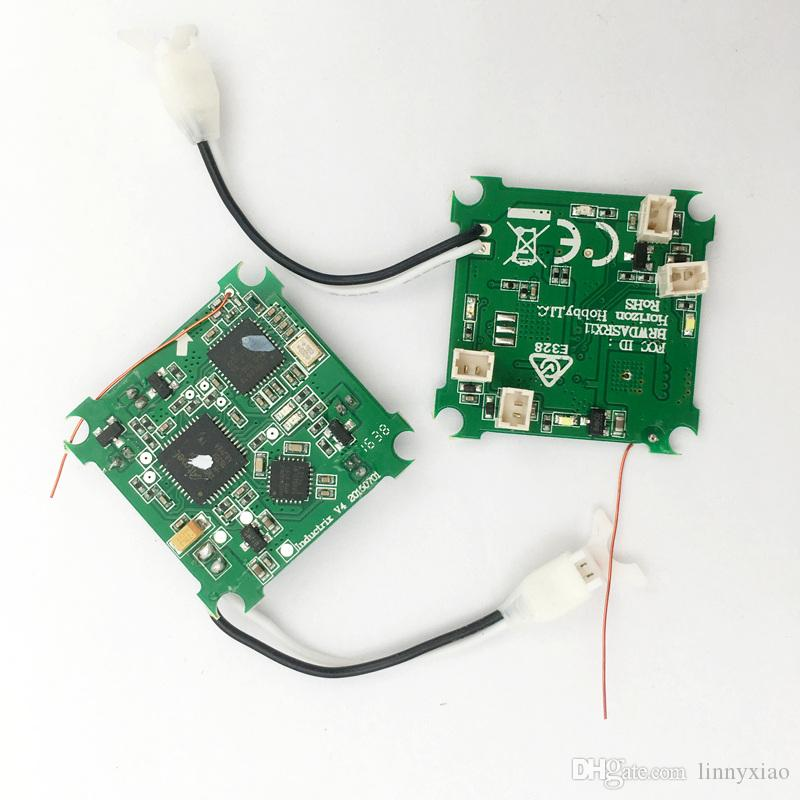 I've tried rotating and zooming the image to find what exact model the chip is, but the image is too coarse to read the finer print. The fact that it uses an Atmel processor means that you could probably use a UART/ISP programmer device to upload new code once you locate and solder thin wires to the appropriate legs of the LQFP package. However, you'd likely run into other challenges when trying to modify or change the existing firmware:

Reprogramming toy-drone flight controllers which are based on readily recognizable microcontrollers is definitely "a thing", heavily benefiting from a few open source projects, one of the most popular being "Silverware" which has now become a whole family of repositories on github and years-long history of threads in places like rcgroups.

While in theory this could be done for the E-flight/Blade flight controllers (there exist open source firmwares for ATmega processors less powerful than the related XMega E-flight uses), in practice they tend not to be targets, because they are fairly expensive and relatively usable in stock configuration. Rather, efforts concentrate on the very low-end ultra-micros, where a flight controller or whole aircraft tends to cost $8-25, as that minimizes risk, and maximizes the reward in getting serious capabilities out of a "cheap toy". So you see a lot more of this going on with the inductrix-like "tinywhoop" platforms, than with the actual Induxtrix. The low price also typically means someone pioneering a new port of an open source control software can keep one board with stock firmware for reference while iterating experimental code on another.

Sometimes the target is simply the toy's flight controller board and not its airframe at all, eg, people having taken FC's intended to drive brushed pager motors, and after replacing the firmware wired them to the control signals of brushless ESC's on slightly larger aircraft, though typically still in the micro class.

Some of the key facts and techniques that make this possible include: