I want to create a DC-chopper to drive a motor. I found the following schematic online: 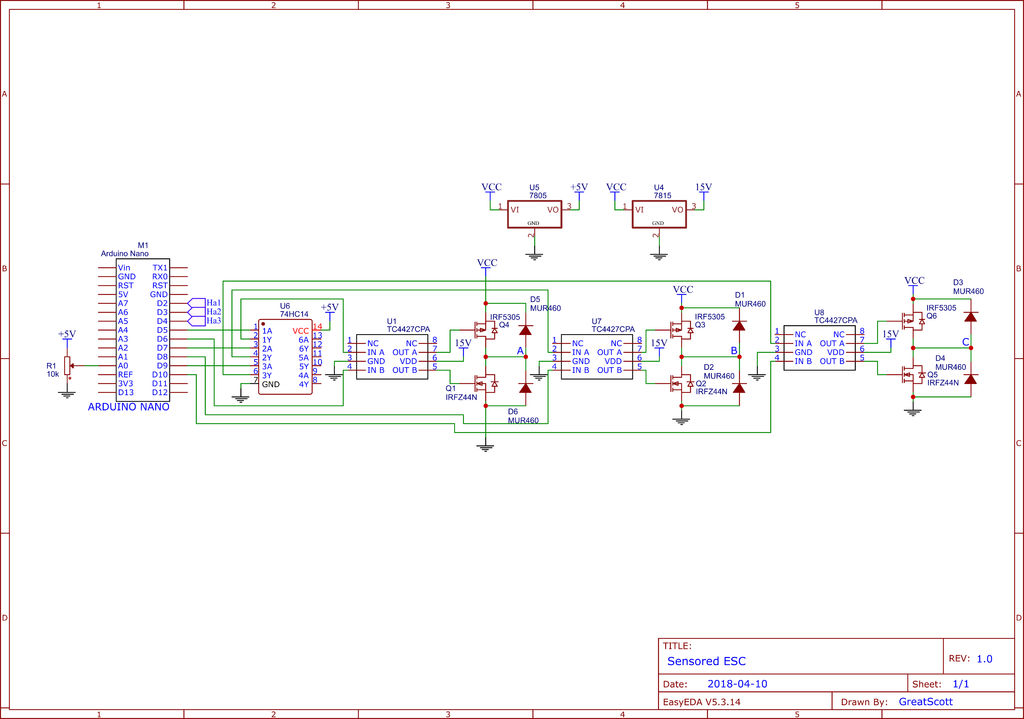 However i don’t understand how the MOSFETs are driven. On top there is a P-channel MOSFET with source connected to Vcc, between 48V and 60V in the case of this example. However, according to the datasheet of this MOSFET, Vgs is -20V max. Since source is at 60V when the battery is full, the gate voltage must be above 40V. But the MOSFET driver is fed at 15V, and according to its datasheet the output voltage will be (almost) the same as the feeding voltage. So, Vgs is -45V, well above the rated Vgs. But, according to the video, the circuit works just fine.
Another question: doesn’t the gate have to be at 60V to conduct and below around 56V to stop conducting? According to the schematic I think the gate voltage is being switched between 0V and 15V, so even if the MOSFET would be able to handle this, it should be powered off all the time? What am I missing?

What is the purpose of a power MOSFET in this voltage-peak detector?

Designing a Modulator for a digital communication signal

Why do we need an isolation transformer to connect an oscilloscope?

What type of touch button is this?

What’s the difference between PCIe linkup and card present?