I’m running eOS 5.1.6 Hera on Dell XPS 13 (9300) as daily driver and am really enjoying it. That said, after a reboot today the system-wide fonts got completely broken and show as rectangles everywhere in system menus.

I tried a bunch of solutions previously suggested, including:

I also rebooted system multiple times after each of those attempts. I did not install any specific apps since prior to the issue, but might have updated apt. Just in case, I was using Inter fonts as system fonts and dark UI theme installed using elementary tweaks and the hack proposed here.

In addition, when I go to the elementary tweaks interface and try to change the fonts there, the tweaks fail and close immediately. I also noticed that the pre-installed Fonts app does not show any fonts, but the font-manager I installed myself shows the fonts (though the interface and menus fonts are still broken). Also, interestingly, when I login as guest the fonts show up properly, but the Pantheon desktop stops working when I try to use any system interface.

I would really appreciate any help with this issue, since I’m new to eOS and wanted to use it as a daily driver, but this issue makes it completely unusable.

I actually managed to resolve the issue myself by rebuilding the font cache by running sudo fc-cache -f -v in the terminal session. Still not sure exactly what caused the issue, but this restored all the fonts and now everything works properly.

You can try also to rebuild font cache by typing in terminal:

One more solution is to install BleachBit and run it as standard user not as a root.

How can I clean the system from unnecessary files?

Select options I highlighted on the screenshot. 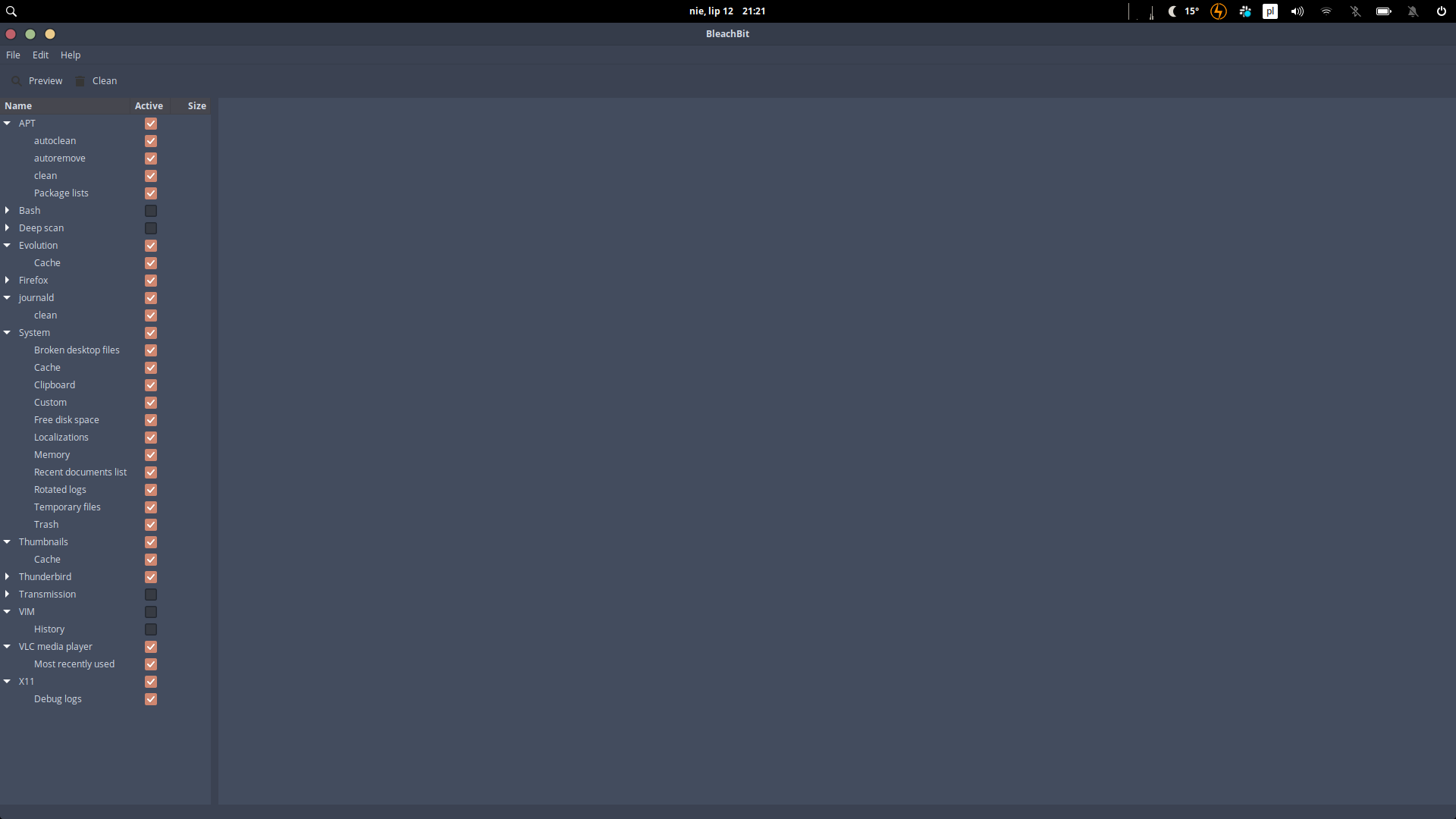 After that run BleachBit as root from Applications. If it will not run, open terminal and type

And select as below on the image. 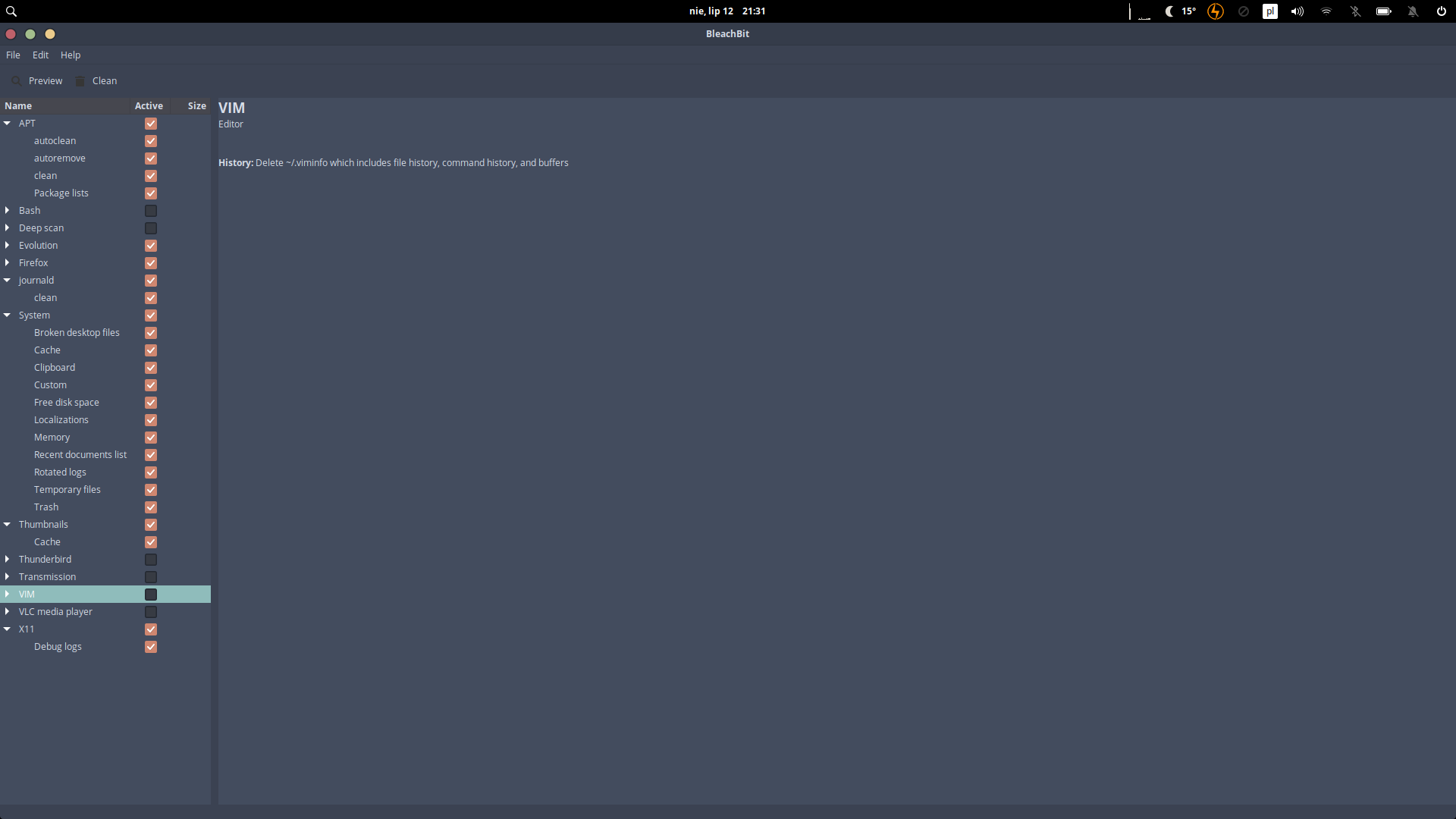 You can also create additionally a new user in the system and check do fonts displaying correctly or not by logging to the new user account.

Click the Application on the wingpanel (top left), type screenshot , run it, and switch the switcher Conceal text to disable it. 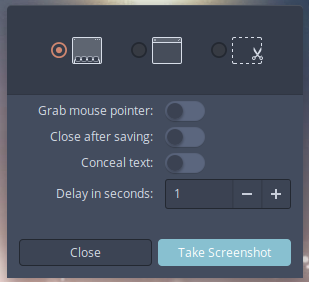 You can check this by type the command in terminal:

and provide the results here.

Additionally you can check what you have installed by typing:

Also worth to check this:

Cannot login to my original account: io.elementary.greeter Unable to Log In Starting the session has failed (Can’t find session ‘xfce’)

what command does elementary os use to maximize windows in hot corners?

How can I get flash video to work?

How to install Wine 5 on elementary OS 5.1 Hera?

Bluetooth headphones don’t work at all :(

Elementary OS not Booting After Update [“Kernel panic – not syncing”]

How to add and sync Gsuite calender in calender?