tldr: Is there a terminal command that can turn wi-fi on / off that might solve this issue?

I’ve been running Elementary pretty well until about a week ago when I ran the system updates in the store and suddenly Wi-Fi didn’t work after reboot. The wi-fi icon is dimmed in the tray and the System Settings app shows "cable unplugged", "Wireless Disabled" even though the switch is on. I’ve tried fiddling with that switch, enabling and disabling airplane mode but it the issue persists.

Fortunately I use this as a pretty utilitarian machine typewriter so I have three (yes, three) identical machines: HP 11-ak0012dx. Same results on all machines.

If I install the latest elementary OS without connecting to a network it installs then reboots without issue, shows me my networks, and I can connect without no problem. I can continue to use the device online without any issue across restarts or anything — it still works. The install image is elementaryos-5.1-stable.20200706 downloaded from elementary.io directly (not a torrent) and installed from a USB stick created with NetUbootin.

So basically as long as I don’t update the OS, Wi-Fi is rock solid; the issue only occurs when I update the OS (during install or after initial boot through the appcatalog).

Is there some command I can run to kick wi-fi off / on that could see if this is resolvable without a complete erase and re-install? The switch literally says "on" so either the switch isn’t representative of the truth or the machine thinks it’s on but the labels don’t represent the truth.

The one Ethernet USB adapter I have on hand doesn’t work — either before or after the OS so that’s not really a solution. I’m hoping there’s something already on board that will let me toggle the Wi-Fi antennas or that there’s a package I can download or side load. 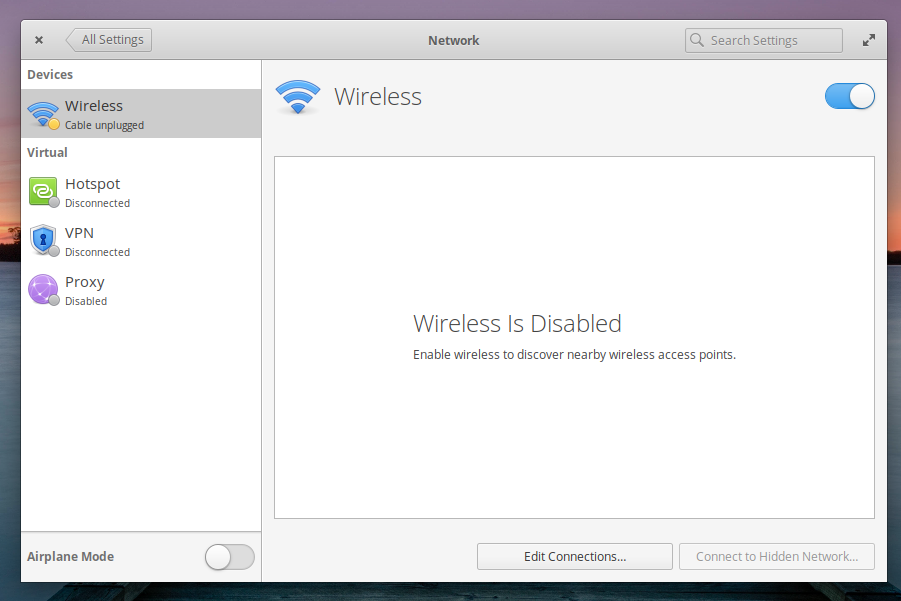 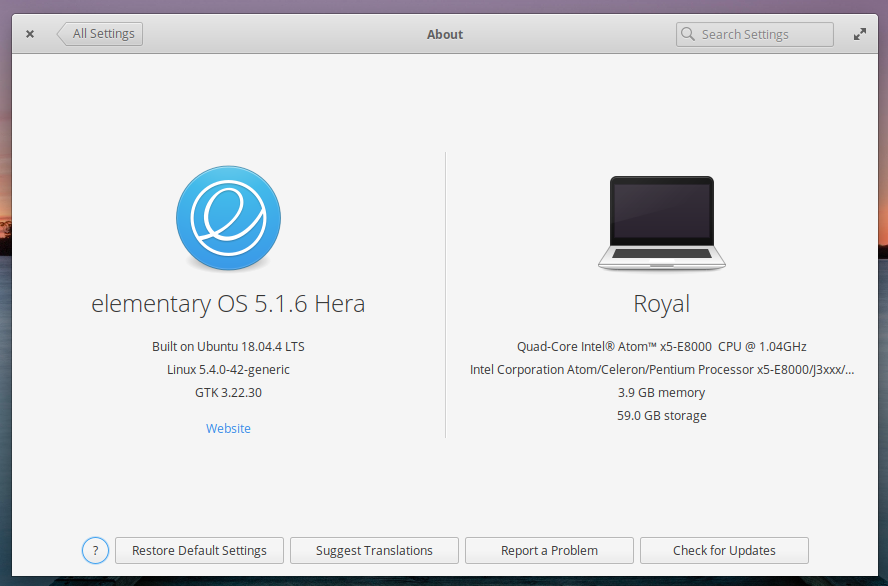 Does anybody know a slingshot replacement solution for elementary OS?

How can I see the thumbnails videos?

Can elementary OS be installed on a laptop that you can’t disable Secure Boot?

Is it possible to have a separate vanilla GNOME session?

Change resolution when running in Hyper-V

Problems in mounting external disks for wine and virtualbox