I have answered the following questions, however I’m unsure if they’re correct.

1.) For this question do we consider gravity force, I have used it but I’m not sure if this invalidates my overal derivation. Since the flow is one-dimensional and in the x-direction, must we only consider the momentum and forces in that direction? So must I remove pg? 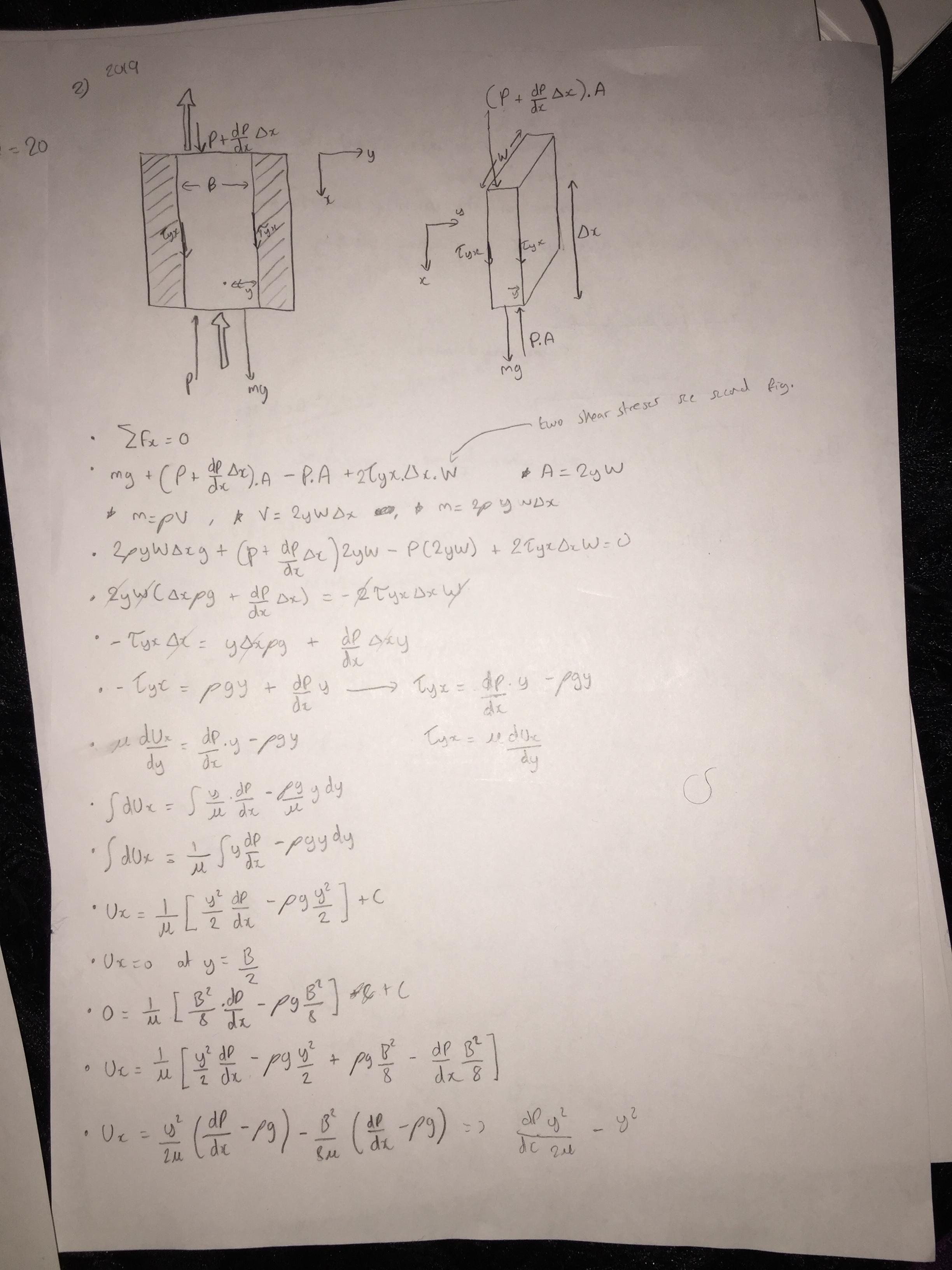 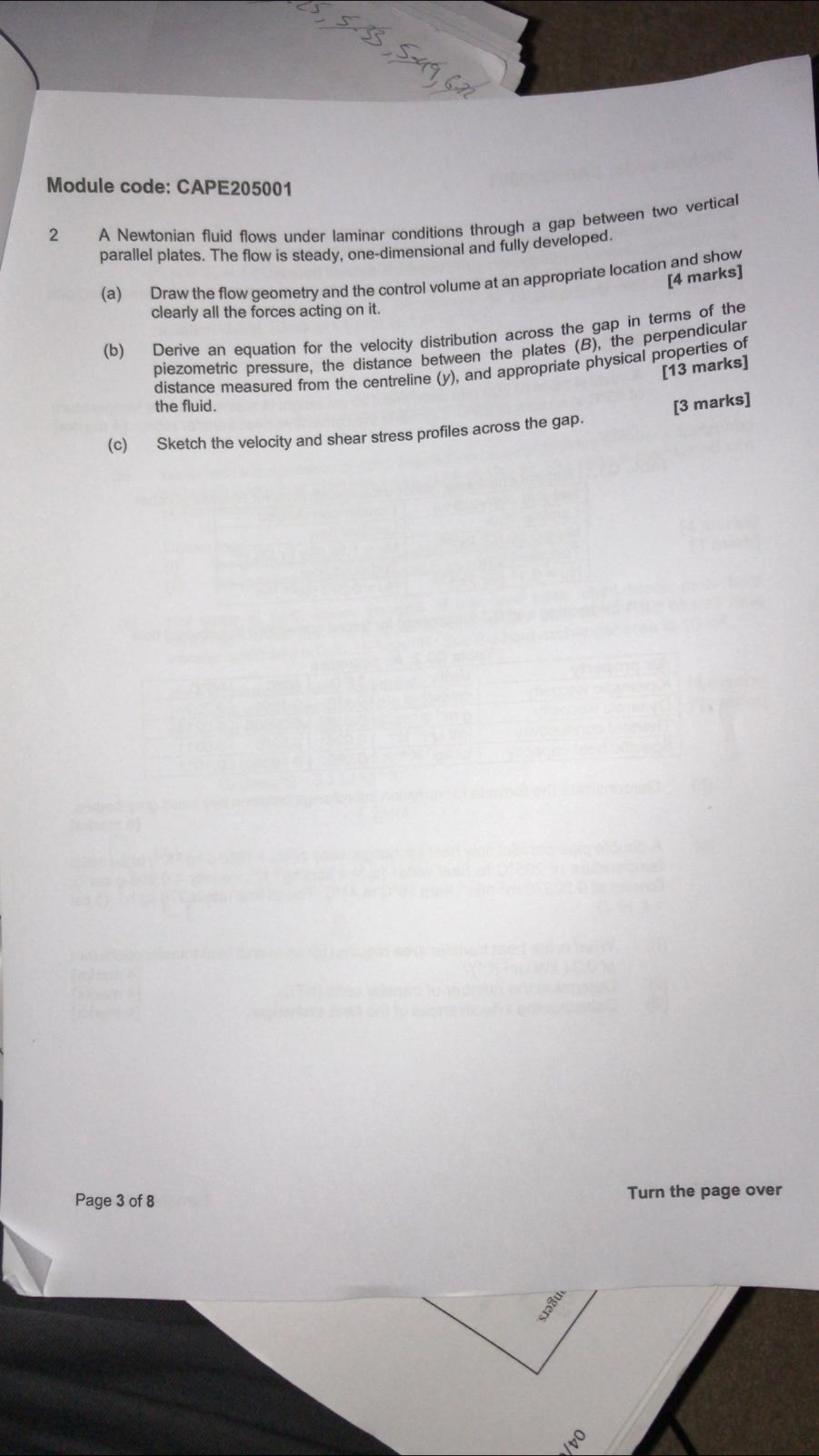 It's been a while since fluid dynamics but gravity matters for the force balance. In the force balance, you're going to have gravity, frictional forces from the surface/shear stress of the water, and a pressure applied to the fluid from some direction to complete the balance.

I didn't see anything in the question indicating the direction of flow but the easiest is probably going to be to assume that the flow is going downward or upward. Gravity is acting in a downward direction so either a pressure or a frictional force has to balance with the gravitational force acting in the vertical direction or there's going to be acceleration in that direction. Since the flow is steady, it's not accelerating. If you make the flow upward then you need a pressure acting in the upward direction which then counters the force of the friction and gravity together.

If the flow is vertical you'll still have pressures along the side so as to ensure flow is moving in a direction but you can just say there's a pressure acting there and the two sides balance to zero making it meaningless in the force balance.

If the flow is horizontal across the plate then you'll have a frictional force in that direction that you will have to account for by some pressure in addition to the vertical forces that remain in place.

I'd have to refer to a textbook to break down the shear stresses and velocity profiles as well as the equation you've used since I don't remember all of the terms offhand but everything should fit within the framework of that force balance.

Realistically whether the flow is horizontal or vertical it isn't harder it's just which terms you're claiming are at a balance with the others.

Technical term for loose drawers jamming more readily than those with tighter clearance?

Precision of a steeper motor and gears vs multiple motors

Does air flow rate of an air pump imply the same rate when using it to pump water via air pressure?

A mechanical system with coupled oscillators and dampers

What Causes Asymmetrical Buckling in this structure?

How to calculate beam impact problem

Pressure loss of a shape change of an ar duct, keeping the area the same

What does the class 6H represent in a hole?

When using an o-ring as a face seal, are the faces flush together?

Why is the direction of pressure always perpendicular to surface area for fluids?

How much an unevenly heated glass plate bows?

Is there a way to quantify the amount of radiofrequency interference?

Can Sheet Metal Be Formed With Bends At Weld Joints?