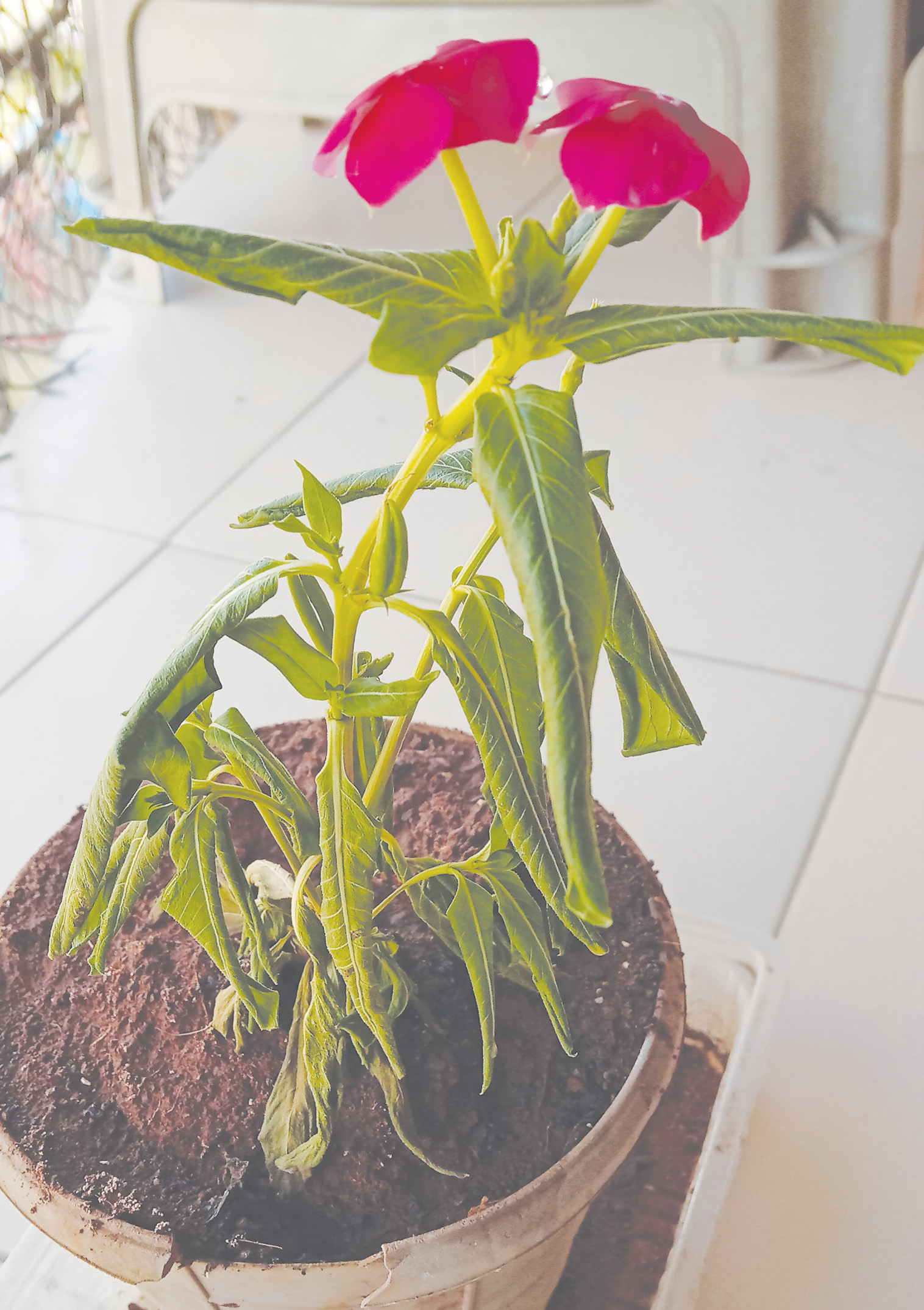 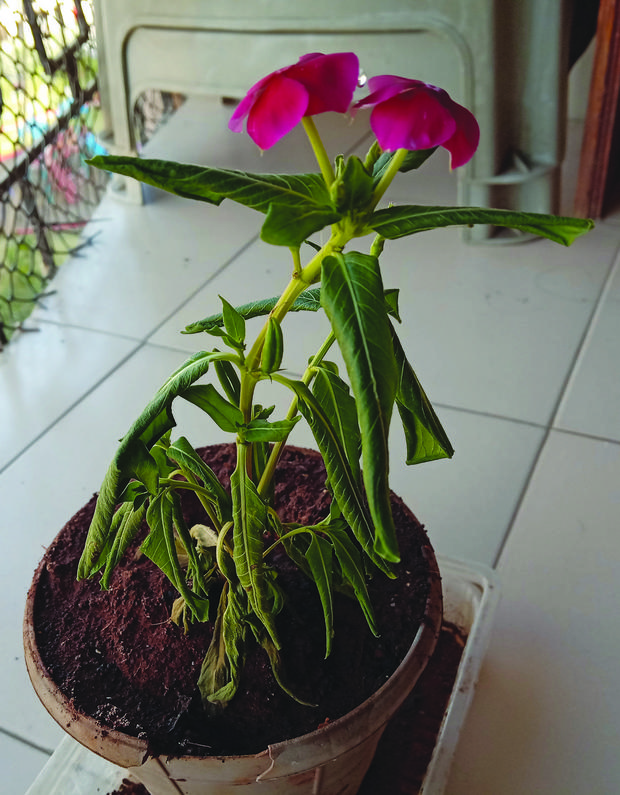 How to save my dying vinca plant? I attached photos.Please help me. 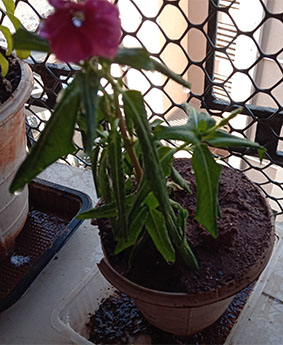 . I am from Mumbai.I brought this plant from local nursery 7 days ago, I use vermicompost. I used to keep outdoor usually. I used normal gardening soil.

Your plant appears to be Catharansus roseus, commonly known as Madagascar Periwinkle, also frequently confusingly referred to as vinca, which it isn't, Vinca is a separate genus. It does not tolerate frost and is therefore grown as an annual in colder parts of the world.

Couple of things - this plant does not appreciate soil which is richly fertile, so adding vermicompost won't have done it much good. It does better in the ground outdoors in partial or dappled shade, in ordinary garden soil which has not been over fertilized. Sterilised potting soil should be used if you want to grow it in a pot, but I understand, where you are, that can be difficult to source. Using garden soil in pots is not really recommended because there may be pathogens within it which, whilst fine in open ground, are not fine when confined to a pot, or at least, not fine for any plant trying to grow in the pot. As a side comment, the pot has also been overfilled - the soil within should leave half to one inch clear at the top to facilitate watering; if the soil is right to the top, water just runs off and the plant may suffer drought. The pot should also have drainage holes,and should never be left sitting in water in any outer tray or pot.

If it's still alive, it would be better to transfer it either to a pot with proper potting soil (and don't fill the pot to the top) or find a spot for it outdoors - keep it watered after planting. Further information here https://worldoffloweringplants.com/grow-care-madagascar-periwinkle-catharanthus-roseus/

How to open the motor cover of craftsman electric lawn mower?

What kind of beetle is this? Beneficial or Pest?

What is the name of these flowering trees in Sydney, Australia?

Zucchini leaves white, but not sure it’s PM

Ficus elastica (robusta): what larva are these, and what is this white buildup?

Why are my orchid’s leaves turning brown?

Avocado stem bit off by raccoon

Why are the lower leaves of my Variegated Japanese Aralia / Fatsia Japonica dying?

Can I still use the mint leaves after the plant has flowered?

What is this English tree with oval leaves and pale pink blossoms?