A personal name ending in -ua: is it male or female?

We have the name of a Romano-British Potter from the 2nd century A.D. whose name is SECVNDVA. Is this a male or a female name?

some images from Buckland et al. (2001) - there should be more but I don't have access to it yet. 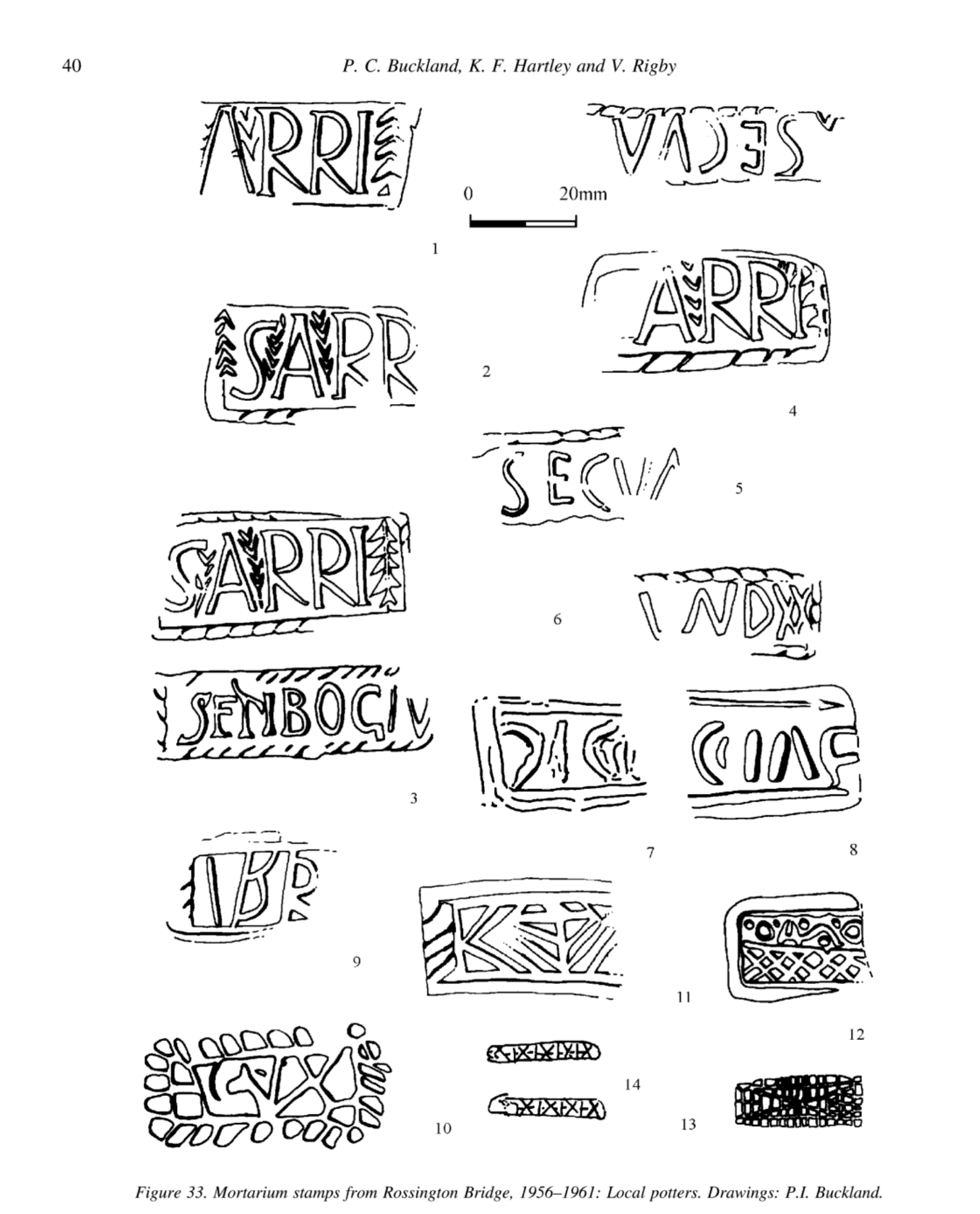 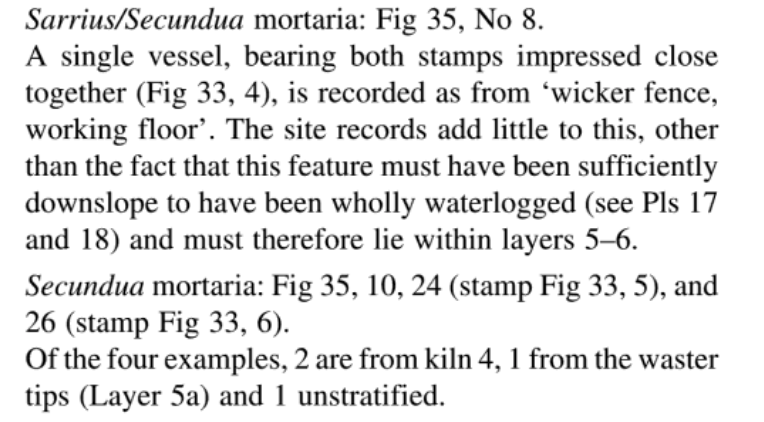 I agree with the others that Secundua is an unlikely name. It is probably a misspelling for Secundus or Secunda. Let me, however, entertain the possibility that the name is actually Secundua and see which gender it should be.

The name Secundua would have to be in the Latin first declension. (There are also three Greek types of first declension words, but this would be in the only Latin type.) Most words and names in this group are feminine, like Secunda would be. But not all are; there are exceptions both in names (Seneca) and other words (nauta). Whether cognomina (e.g. Seneca and Pansa) are masculine or natural gender is a matter of taste, but they are at least mostly used as masculines — the only conclusion I want from these is that you cannot reliably deduce the gender from the ending of the name.

Based on form alone you could thus reasonably guess that it is feminine but you couldn't be sure. You simply cannot deduce the gender by looking at the name; you actually have to know the name to be sure.

Answered by Joonas Ilmavirta on August 25, 2021

While "Secundus" was a common male name, "Secunda" (not "Secundua") would be a common female "name". For most of Roman history, women did not have given names, only family names, so they were distinguished by birth order (or presumably by nicknames in less formal settinds). "Secunda" would have been the second-oldest daughter.

Males were not as often named by ordinal numbers, but could be. In the case of a male, that would be his official given name (praenomen). Also, for men, these need not indicate birth order. You might be called "Quintus" after your grandfather "Quintus", for example

This may really be SECVNDVS: when computers try to automatically transcribe older letters, S is often mistakenly transcribed as A. And SECVNDVS (= Secundus) is a common male name.

I have never heard of SECVNDVA (-VA doesn't look right to me).

SECVNDA, however, would be a common female name. The ending -A is feminine for this type of word.

We could be more certain if you could provide us with more context. A photo, a scan, more information about the source.

How to translate this part of Te lucis?

Why did Medieval Latin use “ad” with the accusative instead of just using the dative?