How many of Latin words became part of English and Spanish?

For example, if we were to take one of the most used Latin dictionaries (Lewis and Short?), and find out the percentage of total entries that have made it one way or another into English and Spanish, how much these percentages would be?

Notice that this is different from the reverse question, which is: “How many English words come from Latin?”

There seem to be some stuff around the web, but they look mostly informal (e.g. this one, stating that 10% of Latin words made it directly into English).

Are there are more reliable sources regarding this issue? Perhaps some mathematical or computational algorithm that perform such calculation?

I think this is an important question, and which relates to another I asked earlier. Since vocabulary seem to me a crucial determinant of the speed at which a new language can be learned, I would like to know this.

The graphs below are taken from "Borrowed Words, A History of Loanwords in English" by Philip Durkin (2014), as suggested by Alex B.

Around 13,000 words out of 92,500 (the most frequent entries in the third edition of the OED, OED3) are derived only from Latin with around 2,000 which are from French and/or Latin (uncertain etymology). 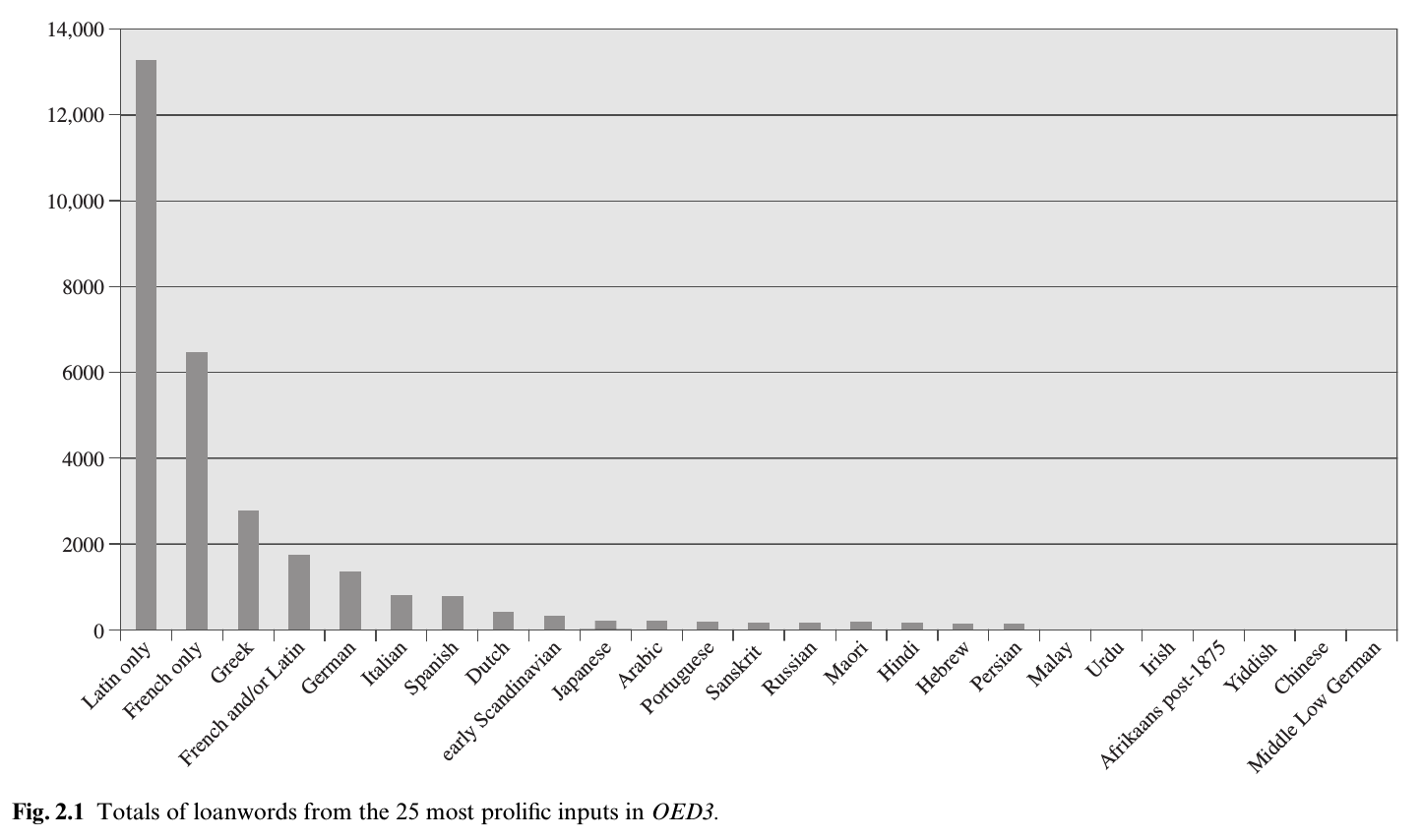 Interestingly, most of the borrowing from Latin is "post-medieval", perhaps reflecting the emergence of formal science. The spike in the 19th century might reflect the new sciences of geology, biology, botanic, paleontology, etc. 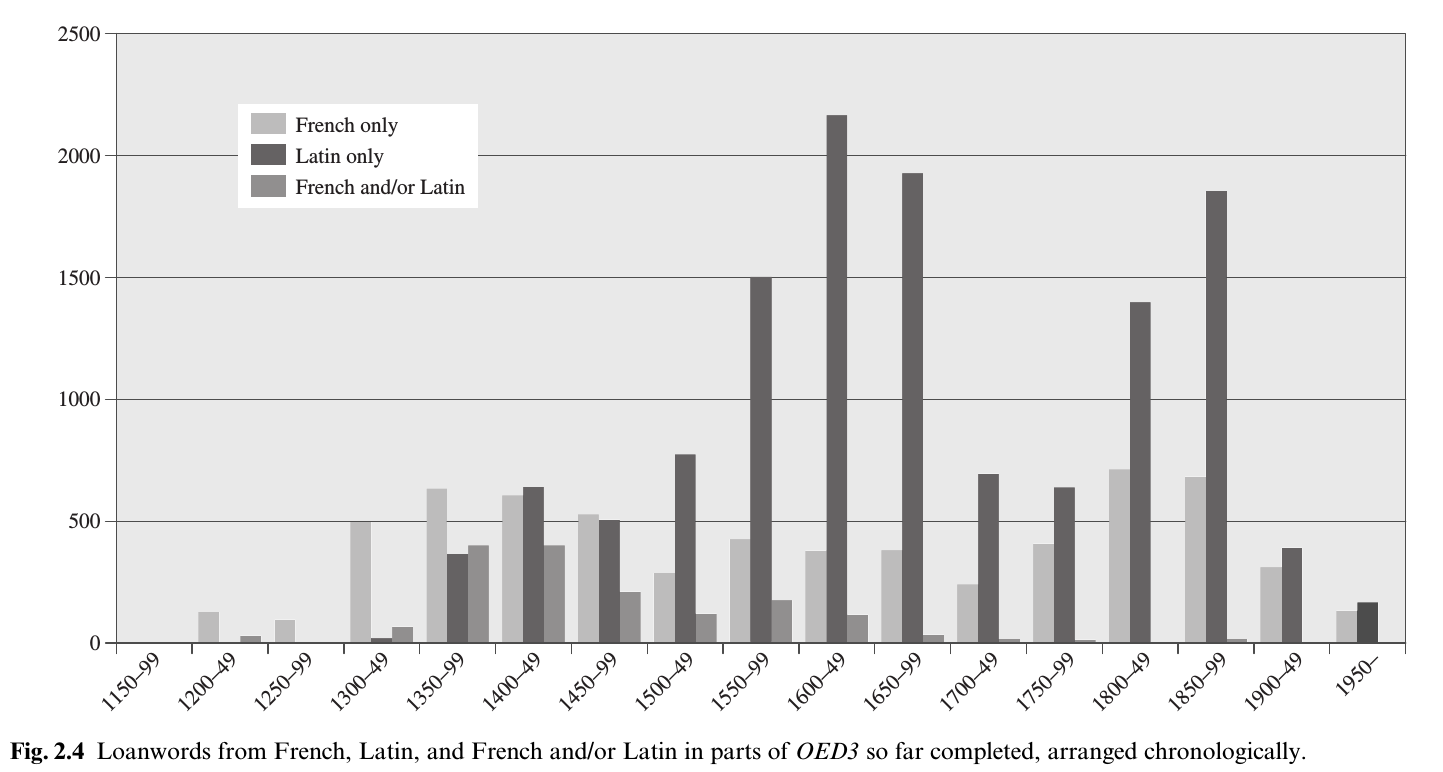 Overall, "loanwords" (including from Latin) are around a third of the main English words in OED. 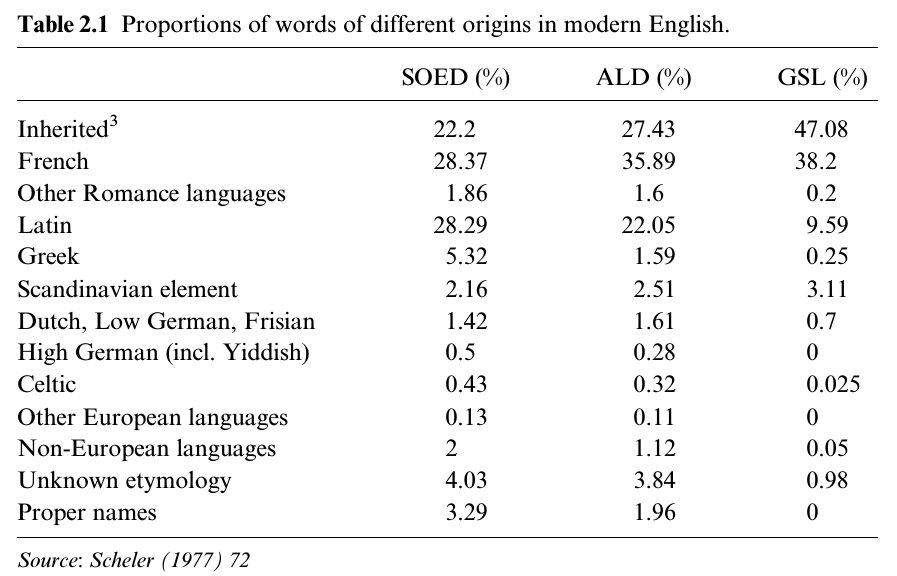 This is only half of the answer. I am still missing a similar study for Spanish.

When did the consonant U (i.e., V) begin to be pronounced as the fricative [v] instead of [w]?

How to express a time exactly on the hour?

What are New Latin’s comma rules?

How many of Latin words became part of English and Spanish?

Which is the logic behind “Aloysius” Latinisation?

Why does Nepos use the accusative here?

Can ‘quod’ refer to the previous speaker?

What is a “rough draft” in Latin?

If we say worship is only for God which latin word should we use for worship?

Translation of a passage

When you finish “lingua latina per se illustrata” can you understand latin books easily?