How can I fortify micro USB connectors

Perhaps I’m heavy-handed but I’ve accidentally broken many micro usb cables by bending the connector on the cable and pulling it out of it’s housing. I’ve tried a premium cable but even that broke the same way. I’ve considered trying to fortify it with epoxy but I can’t see a way of doing that and leaving enough exposed to plug in to devices.

Either use magnetic connectors (which in effect are similar to Apple’s magsafe system): 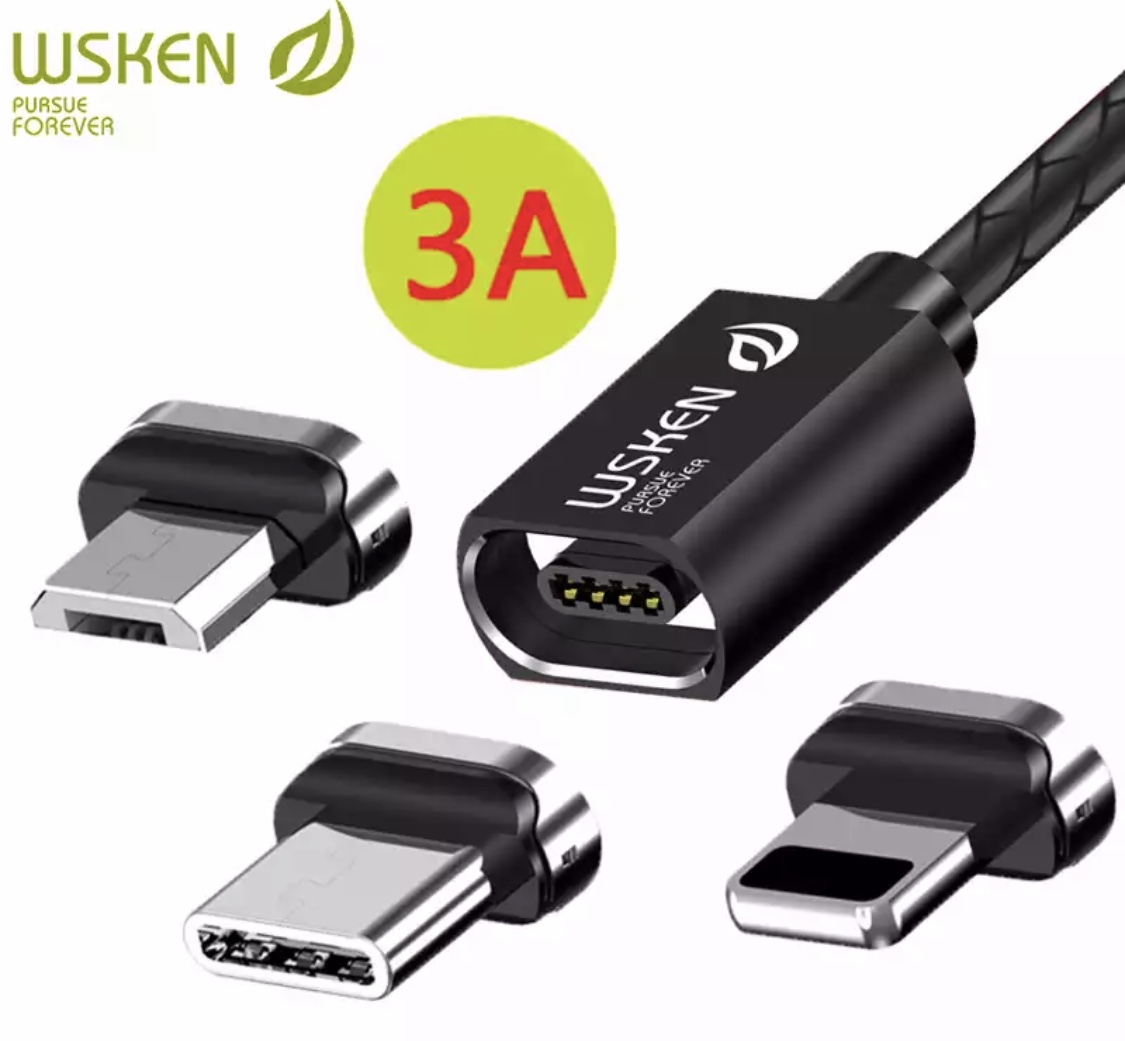 or, to really fortify, use heatshrink tubing on a thin layer of hot glue: 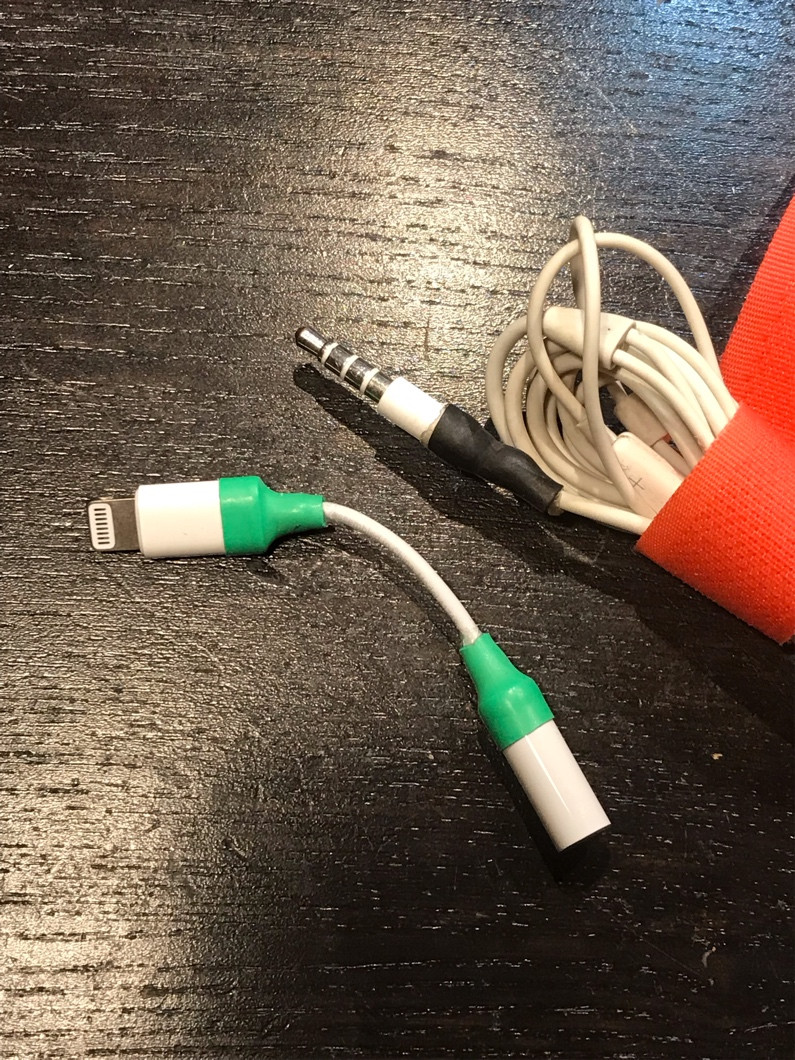 You need 10 or 15mm heatshrink tubing. When you heat it over the glue, it creates a strong bond that will require some effort to break.

It sounds like you're just grabbing the phone and walking away while it's still connected.

I've had many a USB connector break over the years, but cables like this really help because they gradually increase in tension as they stretch out.

If your connectors are breaking because you typically use the phone at the maximum length of the cable, this will naturally discourage that habit, due to the cable trying to pull the phone back - you'll choose to sit a little closer to the charger to eliminate the extra effort required to hold it under tension.
If it's because the phone gets knocked off a table or because of someone tripping over the cord, the stretchiness will slow the phone's fall in the former case, or reduce its acceleration in the latter.
Basically, it gives you a foot or two of difference between the "cable his under tension" point and the "connector is under stress" point (as opposed to a few mm difference with a straight cable).

Also: always unplug the phone by gripping the connector itself, not by pulling on the cable. 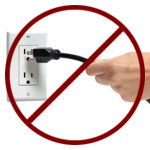 Answered by Dan Henderson on September 1, 2021

I was hesitant to post this since user2813274 posted this in a comment, and goes into the grey area of product recommendation, but I think it's worth fleshing out a little (and I can't simply make the comment because I'm new to the site).

The QI charging is remarkably convenient and can eliminate all use of physically connecting a plug depending on use. It does charge slightly slower than a physical connection, but this can be countered to a certain extent by reducing power consumption by either turning the phone off or utilizing flight mode while charging.

If the need is syncing, cloud computing is becoming more ubiquitous, and so many of the functions that a phone would have needed to be synced with in the past can be done over the internet now. Syncing contacts, media like photos, music, or video, and calendars can be done over the cloud now. I believe mentioning specific services delves into the realm of recommending products, so I'll refrain.

In the event you would need to charge more quickly, or attach to sync something over a cord, QI pads often use the same micro USB cord, so you can simply unplug from the QI pad and carefully insert into the bottom of your phone. There are a few tricks I use to make sure it gets inserted and uninserted properly.

1) The "USB" symbol is often on the top side of the cord. (Incidentally: This is true of the original Samsung cords. Incidentally, Samsung chargers and cords charge faster and have some features not built into generic cords. This is why when using your phone as a GPS, in some circumstances it will drain the battery even when plugged in and charging.)

2) Figure out which orientation it goes in your device. In mine, the side with the USB symbol is the same side that the screen is on.

3) Firmly cradle the device with your non-dominant hand, with the port facing your body. Grasp the USB cable between the thumb and index finger. Place your middle or ring finger on the phone and use that to stabilize your dominant hand as it inserts/removes the cord into the phone. This allows for more control so one can keep the cord parallel with the port orientation.

Permanent quote from the linked source:

To explain: The mains charger supplied with the S4 is a model number ETA-U90UWE, rated 5V @ 2A. However, the phone will ONLY charge at full current (which as I have measured so far, depending on what the phone regulates it to, typically sits in the region of 1.2 - 1.5A), when using the supplied charger (or possibly one of equal or higher current rating, depending on how it's configured internally), AND the supplied usb cable, OR any other usb cable, provided its shielding (the metal outer surface of the connectors) is connected at BOTH ends of the cable. Use a cable that doesn't have this shielding, and the charge current drops, regardless of whether there is plenty of current available or not. Use a different charger with an unshielded cable and the current drops even more, again regardless of whether it can supply plenty more current. My assumption on this, is possibly an effort by Samsung to avoid the scenario of sticking 1.5 amps down a flimsy cheapo cable, the wires of which will likely be too thin to carry it.

After doing some probing around with a meter, I have managed to find a slight difference with the charger itself, compared to a generic one. In a generic one, the two data pins are usually just shorted together, which tells most phones that it's a mains charger rather than a USB port. On the Samsung one on the other hand, the pins appear to be shorted together, and also connected via resistors across the supply line (known as a potential divider), which holds these shorted data pins at a certain voltage. This is what tells the phone what sort of charger it's connected to.

Answered by mkingsbu on September 1, 2021

The solution is to obtain a normal USB cable of the required length, and use/purchase a USB to USB Micro adapter:

You will be able to easily replace the adapters and keep them spare in the event you are too heavy handed. Look around at the cables and adapters available, you could use USB mini to micro if that suited better.

I cannot really help you with a way to stop breaking something that is designed to fail if rather than the socket if over stressed. But I hope this makes it less annoying as you can mitigate it with just a cheap adapter. 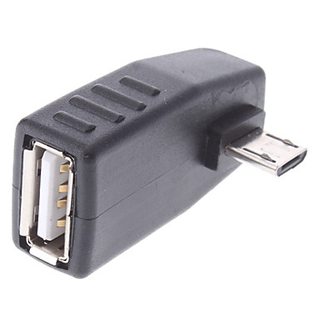 How can I keep pizza warm on the trip home?

Diesel fuel smell out of clothing?

How can I fortify micro USB connectors

How can I clean a textured bathtub?

Household reference for measuring accuracy of an oral (digital) thermometer?

How to remove scratches on windshield caused by scotch brite?

How to dry shoes quickly after washing them?

Get rid of laundry detergent smell in room

A better heat & fire resistant suspension hack than the looped elastic fabric I have used here?

How to clean pipe cleaner so that it does not rust?

How to clean Stainless Steel nail clippers without rusting them?

How can I remove unwanted human hair from clothing after washing?

How to make my bathtub slippery

Cut a magnet into smaller pieces

Cleaning the screens of phones

How to prevent air conditioner pipe from molding?