Can Shorinji Kempo's Uwa-Uke Block be performed in a Yin Manner?

When I studied shorinji kempo one of my instructors (now passed away) taught me a ‘yin’ style of performing the Soto-Oshi-Uke Block.

This block for those unaware is against a curved Fri-zuki attack. The beginner way of doing this block is to meet the force at right angles as shown in figure 1. 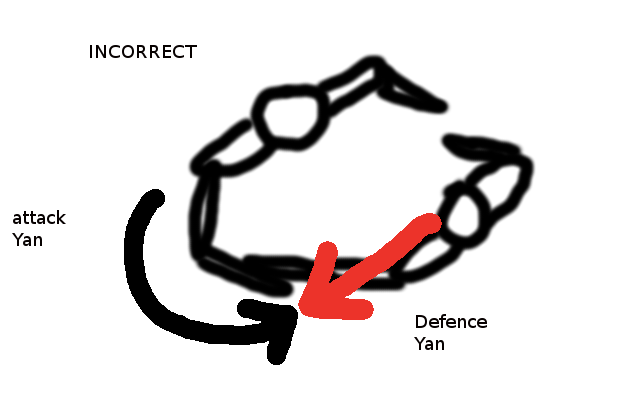 However the more advanced ‘yin’ version of this block involves contacting the incoming blow at a different angle. Figure 2 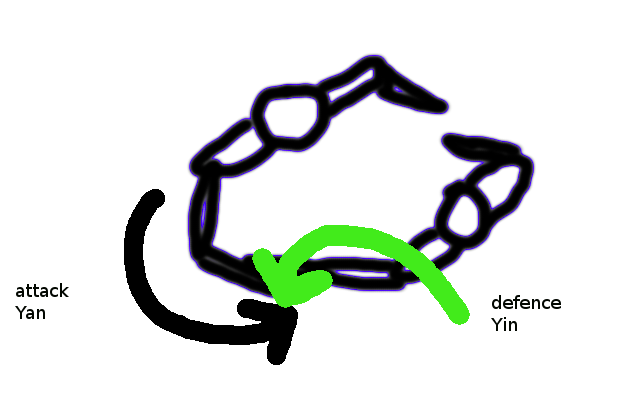 The result of this small change in angle is that the attacker (Tori) will come to kesushi and sometimes topple. Alternatively they will have to step. This superior blocking method allows a more time for the counter attack so makes your subsequent attack more effective.

My question is: Is there a way in which Uwa-Uke, (the upwards block usually used against downwards or straight attacks) can be performed in this ‘Yin’ style to have the same effect? Will this work on both gyaku-zuki and shito-zuki attacks or only one or the other?
Similarly will it work on both advancing forms of the block (as in Uwa-Uke-Zuki) or only in retreating forms (as in Uwa-Uke-Geri Omotte)?

Edit: I have realised a video might be helpful. This shows the yin block. https://youtu.be/Z8WSpU8lM3I?t=63

And here is the beginner ‘yang’ block https://www.youtube.com/watch?v=soasaSCrR_I

Is it necessary to practice falling on concrete to help prepare for a real life situation and build up endurance?

Does spinning around yourself help reduce the dizziness from a punch on the jaw?

Has a trained martial artist ever used their hair to gain advantage or attack opponents?

How do I choose a suitable footwork for me?

How likely is it to get killed by a hopping side kick?

Can Shorinji Kempo’s Uwa-Uke Block be performed in a Yin Manner?

Who are Tori and Uke?

Advice: what move will you chain after scissor leg trip?

Adjustable dumbells instead of Chi Ishi

Getting back up after getting knocked down: How to recover quickly and get rid of the dizziness?

What do Chinese Kung Fu Instructors Look for in a Good Display?

Is it possible to fight while unconscious?

mentality  self defense  self training  streetfight

Etiquette for sparring with women – How to find the balance and not do disservice?