During normal childhood and adult life, the marrow is the only source of new blood cells. The developing cells are situated outside the bone marrow sinuses; mature cells are released into the sinus spaces, the marrow microcirculation and so into the general circulation.

I don’t understand this description. The authors state that the developing cells are situated outside the bone marrow sinuses. Presumably, the bone marrow sinuses are deeper within the bone, right? If so, then this description would be implying that the developing cells are located on the outer regions of the bone, away from the sinuses, and then are released from the outer region into the sinus space, and then into marrow microcirculation and general circulation. But isn’t this path of circulation leading towards the exterior of the bone? So it sounds like the authors are saying that the developing cells start on the outer regions of the bone, then are released deeper into the bone (into the sinuses), and then are taken via marrow microcirculation and general circulation back towards the outer parts of the bone, which is where they came from in the first place. Am I misunderstanding something here?

I would greatly appreciate it if people would please take the time to clarify this.

I found a slide that seems to agree with the textbook description: 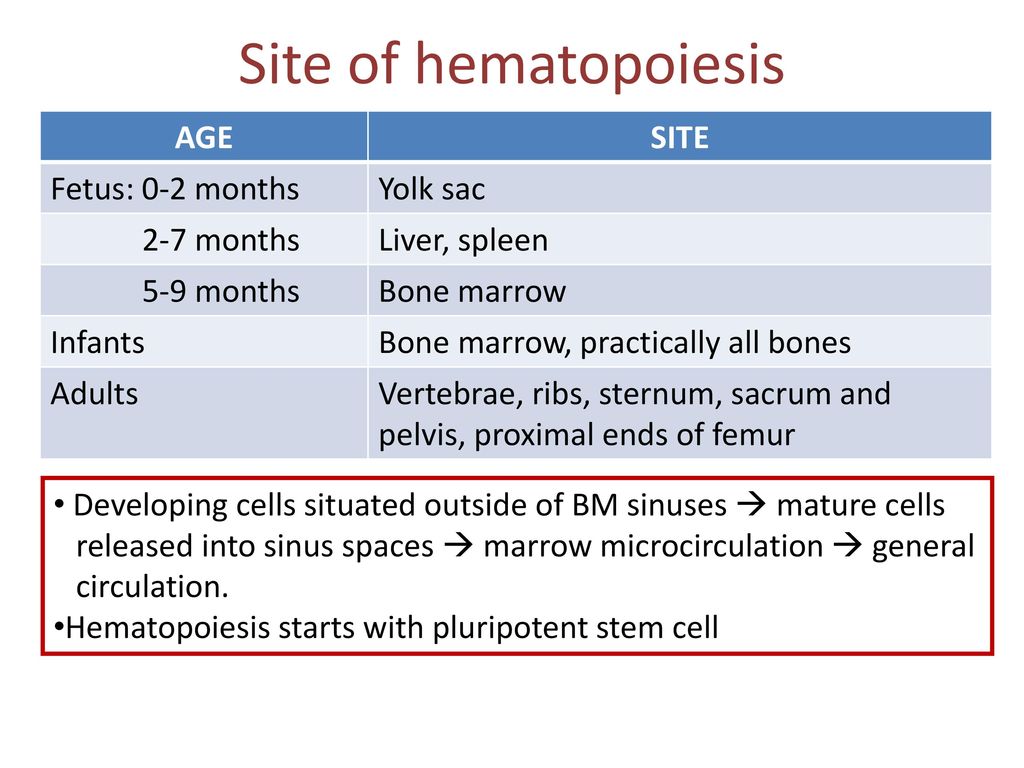 It's really simple, your misunderstanding just comes from mixing macro- and microanatomy.
Macroscopically, all of bone marrow is located inside the bone, in the medullar cavity.
Microscopically, bone marrow tissue consists of different cells, some of which are endothelial cells that comprise sinuses, and alongside them (or outside of them, if you will; in the bone marrow's stroma) you find all other cell types.

I'll attach this wiki page as reference just in case, your textbook is a much better option though I suppose, this was just a clarification question. 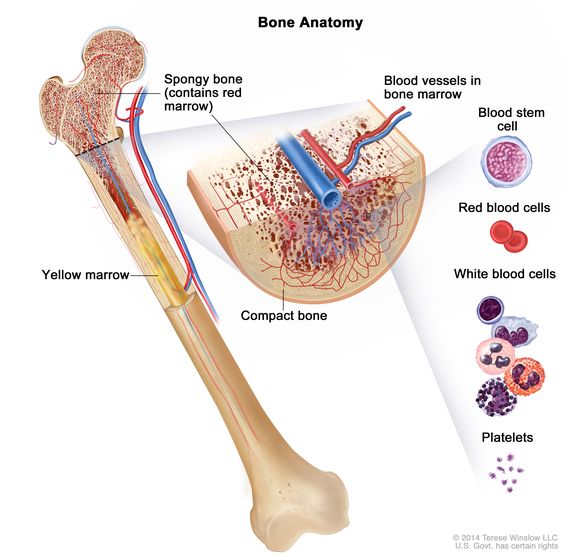 Bone marrow is a semi-solid tissue found within the spongy or cancellous (denoting bone tissue with a meshlike structure containing many pores, typical of the interior of mature bones) portions of bones. As you can see in the image above the hematopoiesis occur at the ends of long bones where red bone marrow is present. In red bone marrow the ratio of stem cells to fat cells are more in comparison to yellow bone marrow which is present in shaft of long bones of adults.

Look at the image below:. 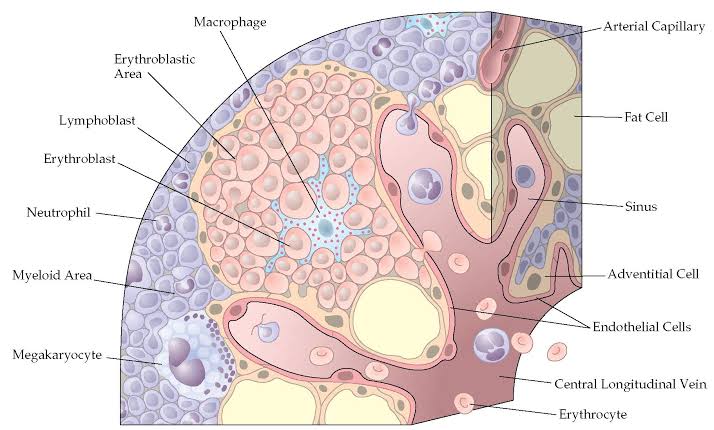 This is a microstructure of bone marrow sinuses with the hematopoietic stem cells near by. These hematopoietic stems cells traverse the walls of sinuses once they are differentiated and mature and then comes into circulation. These sinuses are just lined by endothelial cells, they ultimately forms connection between arterioles and venules. For megakaryocyte, it extends cytoplasmic process inside the sinus which ultimately breaks down to form platelets. 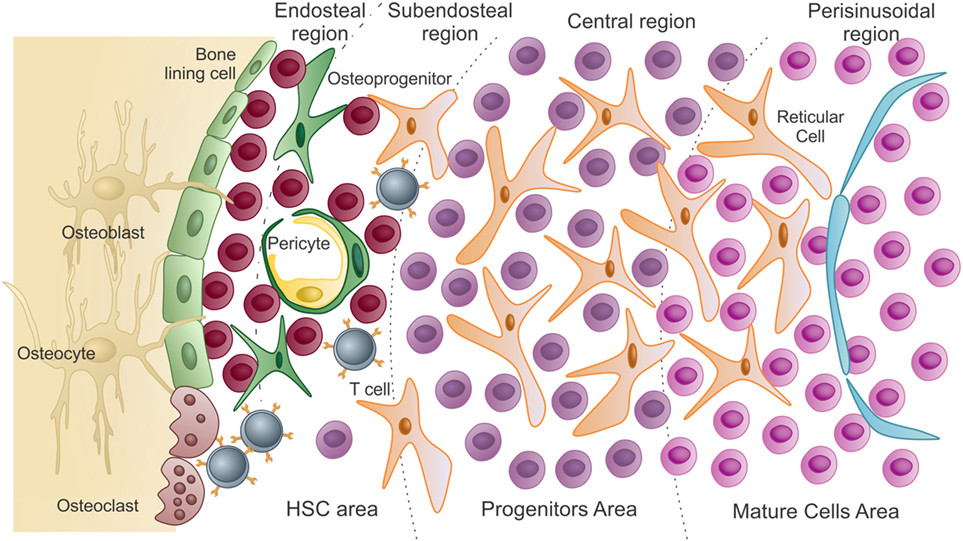 Here is another image showing how HSC clinging to endosteum differentiate and matures as it moves toward the sinuses which then ultimately traverse through the sinus wall.

Can antacids cause ear crystals (which can cause dizzines)?

Who’s RNA does the rRT-PCR test for SARS-CoV-2 target?

Does the stool test for Helicobacter pylori show only acute infections?

Is the voltage at the heart the same as in limbs for ECGs?

What heart condition(s) cause tingling and lightheadedness that are NOT caught by an ECG?

Do participants of the COVID-19 vaccine trials get exposed to the virus?

Is there data on the effectiveness of masks for preventing COVID-19 transmission in outdoor settings?

Does sulfasalazine share other positive or negative effects associated with aspirin due to its salicylate component?

Why use a placebo in some potential COVID-19 vaccine trials?

What happens when you put O+ blood in O- body

How does refeeding syndrome cause pitting edema?

What are the common causes of excess protein (1 g) in the urine for kidney donors?

How hazardous is a cellular base station-antenna to our health?

Is stem cells treatment an effective cure for nerve damage from peripheral neuropathy in DM?

Fact check: Was remdesivir treatment associated with a 62% reduction in mortality rate?

Why does there seem to be such a big difference in case mortality between the USA and Europe?

How long does coronavirus stay alive on home floors?