Walter’s security code is 31564-F. Here is a picture of him using it in the beginning of the film: 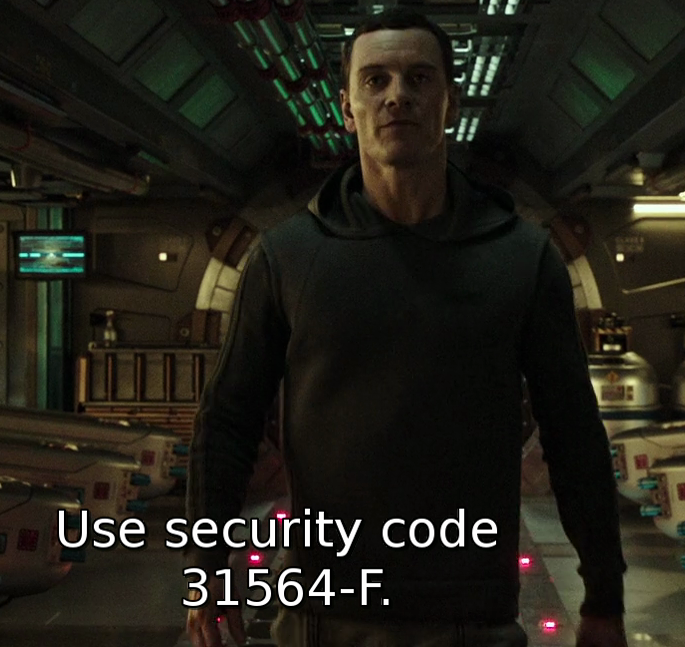 At the end of Alien: Covenant,

This can be corroborated from reviews such as Collider‘s:

[David uses] Walter’s name to record a log stating that all crew members except Daniels and Tennessee were killed by the neutrino blast at the beginning of the film.

I double-checked and here’s the log code used by David. 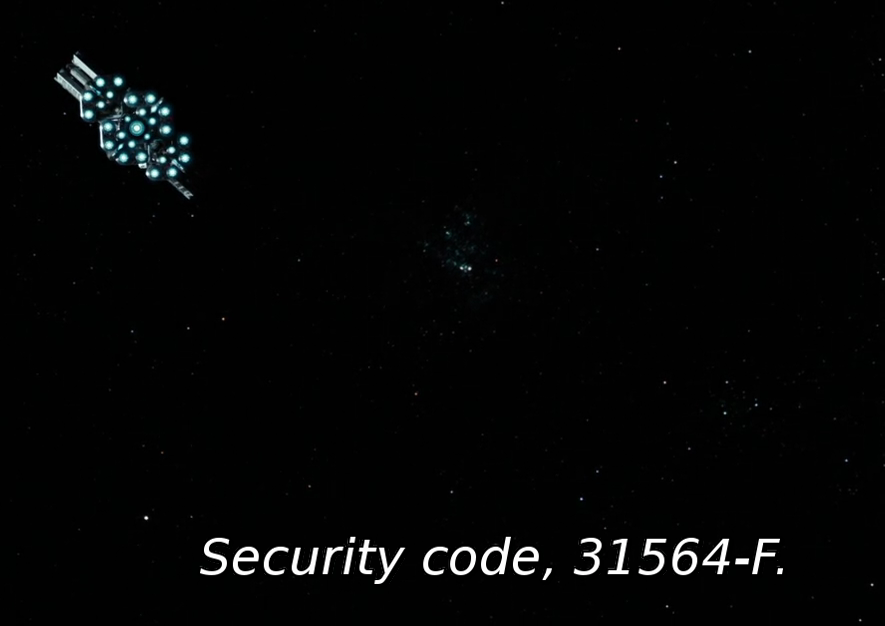 When Walter first talks to David one-on-one, he notes that "you're not surprised to see me", to which David responds that it seems natural to him that there would be androids on future ships with similar roles to his. Walter and David are soon shown to know many of the same things, including poetry, music, and details of their own construction. Later, in the scene at the end, David seems to be rattling off the security codes with an air of "this will work even though I've never been on this ship before", and he's apparently right.

My interpretation of the scene at the end was that all androids of David and Walter's line know the ship override codes, and the security codes were the same between the Prometheus and the Covenant because there was no particular reason to change them. A running theme in the Alien films is that the Weyland(-Yutani) Corporation tends to have motivations and cost-cutting measures that turn out to run counter to the best interests of the protagonist crew members, and not bothering to have different android override codes for different ships (because what could go wrong?) would definitely be in line with that characterization.

Adding a couple more ideas, just because I've been researching this question and surprised no one has brought these up as possibilities:

Answered by Andrew Lundgren on December 22, 2020

It would be kind of weird if Weyland ships had the same access codes for over 10 years.

I also don't believe David had enough time to transfer himself into Walter ( plus his hair is different and has no instant healing capabilities), or even read Walter's data (plus he has no knowledge of the lake cabin). It's even a stretch that he had enough time to change clothes and cut of his arm and still make it outside just after Daniels.

It's just another plot hole, like the missing chin wound and many others.

My question isn't canon or proven, but it's based on some pretty common current understanding of technology, so it deals more with possibilities.

Just like if the heads on a non-SSD/Flash drive crashes, you can take it to a service that can dismantle the drive, remove the actual disc platters, read and restore any data that isn't on the part of a disc platter that is physically damaged. The data is actually stored in pretty random fashion, but since there are standards for where the meta-data for how the files' information is saved, they can reconstruct most of the files (again, if the directory information portion of the platters isn't physically damaged).

Programming has to get loaded onto the androids somehow. Also, if one goes bad, gets damaged, or otherwise needs to be replaced, would they just write off all the information gathered, or would they load it onto a new replacement model, to pick up where the other left off? I'd think that any kind of design planning would have had a way to onload and offload data, so there would be designed, built-in, normal means for both getting information off of one, and for another to take it on.

Once Walter is incapacitated, David has time and skills available, though it is not shown, to extract that information. As a souped-up computer-driven entity, himself, accessing that information in a more easily usable way (vs. putting it onto a laptop and then decoding files) might even be built into his own hardware, to a certain extent.

Answered by PoloHoleSet on December 22, 2020

Some of the fallacy questions revolve around his arm, clothing, injuries and knowledge of codes. It’s completely possible that David incapacitated him and somehow loaded his code and overrode Walter’s system. It also explains his fixed voice box, and near identical appearance to Walter on the ship e.g. his hair. I think it’s the most logical answer, albeit still a stretch. Think about the component that he pulled out of Walter, after he disabled him the first time. It could have been an open port that he later took advantage of.

In the same vein as other answers but bringing in more direct evidence from the film: In the opening scene, we see Weyland examining David 8. During their conversation, Weyland states that David is his son.

My opinion is that David has root access to Weyland systems because he is David. Weyland is in possession of Michelangelo's David (It is a peerless work of art. I have seen it with my own eyes.) and considers himself to be a type of Michaelangelo having given the Android this name intentionally with this implication. He is incautious with his creation and gives David too much power as a father might spoil a child. He did not consider that David might have his own opinions and feelings and instead of treating him with love and respect he makes David a servant asking him to pour tea. This is the seed of Davids resentment. We then see the consequences of Weyland, Oram and the Engineers arrogance and incautiousness play out in the film.

Answered by ANDREW STOUPPE on December 22, 2020

How did they talk to MacLaren for so long after stopping him from falling?

How did Travelers bring matter/objects/artifacts into the past?

How realistic is Lone Survivor when a soldier pulls a gun on a friendly pilot?

Why is it always night in the other world?

Why did The Professor have Lisbon taken to the robbery location instead of his secret place?

Why were Edward, Henry and Toby dropped from the steam team?

Why were weapons allowed into an interrogation room in Prisoners?

Was Mirage (Syndrome’s assistant) an innocent dupe – or complicit in murdering supers in “The Incredibles”?

What are the younger and aged Unknowns triggering in the Power Plant?

Why did Nebula make this counterintuitive and nearly disastrous decision?

How did Landa think his plan would work?

Is the “dolphin call” from the TV show Flipper and The Bourne Identity (2002) actually a modified kookaburra call?

How did Bane get Gordon’s speech?

Benny Hill and his fire brigade in “Flying Machines”

Name of Lilith in Warrior Nun

What happened to Adam in the earlier cycles once he killed these characters?

Why does Adam have these scars?

What caused these events in DARK?

Where did Gamora find the Map to the Soul Stone?