Black goldfish with its fin clamped down

We have two small fish in our tank, they seemed very happy until about a week ago. They both became fairly inactive and had their dorsal fins clamped down against their backs. We thought it might be the filter in need of a change, so we replaced the cartridge and things started to look up for the gold one, but the black one is still looking quite bad. He spends a lot of time either at the very top or the very bottom of the tank.

Any ideas what we could do to help? 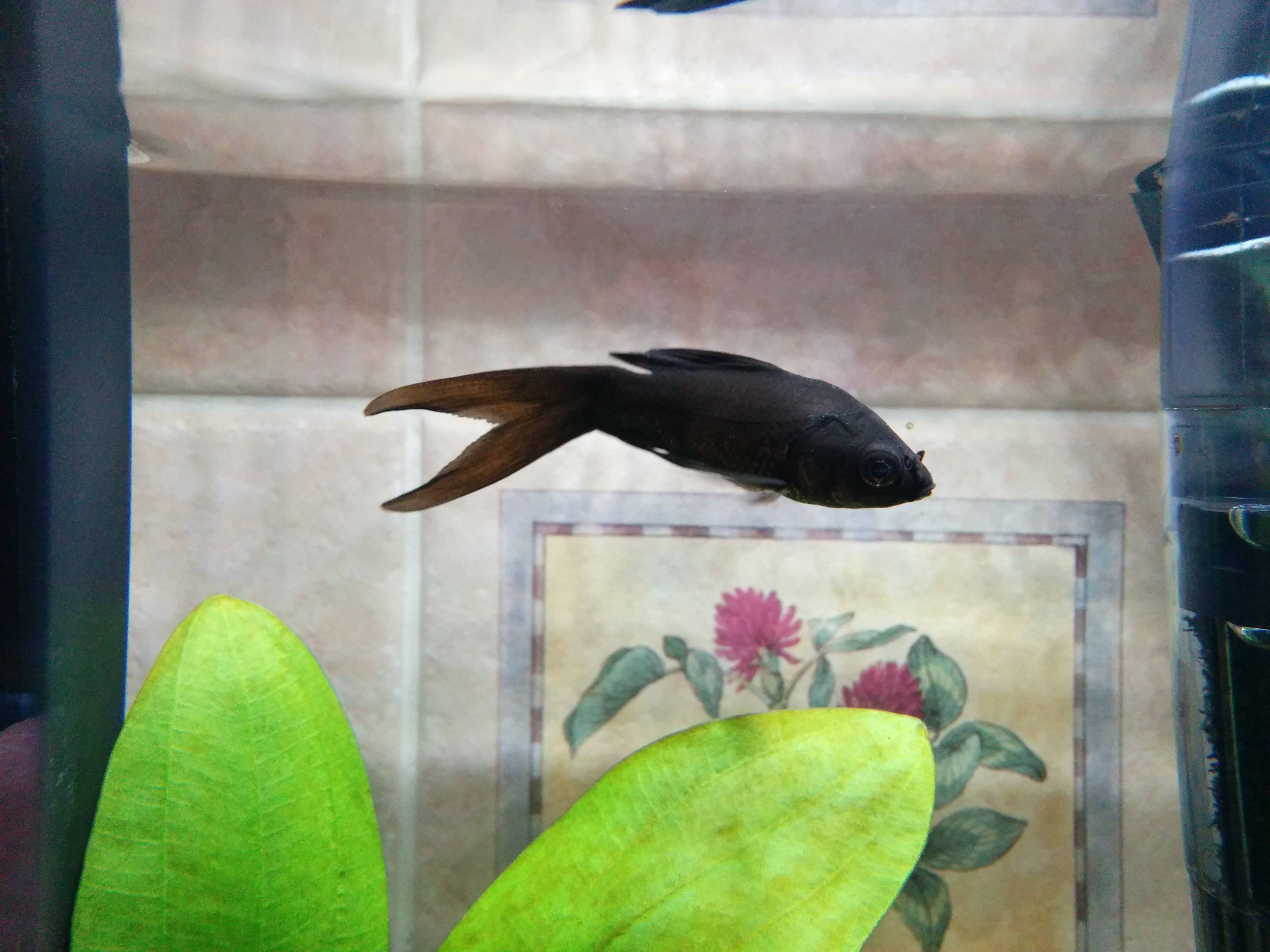 If you got the fish fairly recently, the most likely answer is that they were in poor health already when you got them from the store. This is a very common issue and not all pet stores treat their merchandise the best. There can also be pre-existing issues from where they were bred/raised before being transported to the store, and the transportation itself can be an issue, too.

Hanging out at the bottom, top, the general lethargy you mention, and fins not being displayed are all the fish's way of saying he doesn't feel very well. With the fins clamped, I almost wonder if there was an issue with Itch (did he seem to scratch himself at all)?

They're pretty goldfish, but everywhere I've seen fish, the goldfish always have the worst conditions as many fish are sold as "feeder fish" for other creatures. Your high-res photo was great but didn't reveal any clues.

Can you use super glue on outside of fish tank?

I was bitten by a kitten not even a month old, what should I do?

How could I find out the breed of my dog?

Could a dog (hypothetically) respond to two names?

How do I keep my leopard gecko cage warm?

I am sick of my cat’s stealing habit!

Water chlorination too much for pup?

Will behavioral issues occur in dogs that don’t leave their mothers?

Are there health risks to leaving a dead fish in the aquarium?

What to do if I cannot find my cat?

What substrate/base should I use for this small fish pond?

What can be the cause of my cat’s nose turning black in hours?

How can I treat mosquito allergy in cats?

Can I fertilize aquarium plants in a similar way to garden plants?

I have a Russian Tortoise. Should I let him hibernate from fall till spring without feeding him? Or should I wake him up?

What is the minimum safe room temperature for puppies?

What is this scabbing and hair loss on my cat’s ear?

Cat Not Socializing with Partner’s Cats