We assume that, at sufficiently early times, reaction rates for
particle interactions are much faster than the expansion rate, so
that the cosmic fluid is in thermal equilibrium.

The quote is from the book "The Cosmic Microwave Background" by Ruth Durrer, page 14, ( https://www.cambridge.org/core/books/cosmic-microwave-background/10D066B56BBBA899F3B89A29E0B3B78B )

How can I understand this better? Are there some equations where I can explicitly see that the production of a specific particle species goes drastically down when the Hubble rate is larger than the reaction rate? And with reaction rate one means the rate which an observer in the lab would see?

Early universe is very dense and hot, in this condition protons can't capture electrons to form atoms. The mean time of interraction between 2 particles is negligeable than the expansion rate give approximatively by $1/H$.

where $n_l$ is the density of the species l, $sigma$ the cross-section of neutrino (=probability of interaction) and $v$ the relative velocity between the two particles. Neutrino interact with weak interaction with coupling constant $G_Fsim 10^{-5}$ (Fermi's constant). You can verify that $<sigma v> sim G_F^2 T^2$ and $n_l sim T^3 $ (with fermi-dirac statistic: https://en.wikipedia.org/wiki/Fermi%E2%80%93Dirac_statistics) so $Gamma_nu sim G_F^2 T^5$.

At early times Universe is dominated by radiation and the radiation density is such as $rho_r propto T^4$. Friedman equation give you $H propto rho_r^{1/2} propto T^2$

So the time between two interaction of neutrino is $tau propto frac{1}{Gamma_nu}propto T^{-5}$ and expansion time is $tsimfrac{1}{H}propto T^{-2}$. Comparing the two you can see that for high temperature $tau ll t$.

Note that with temperature decreasing $tau$ finally become larger than $t$, it's the decoupling of neutrino. 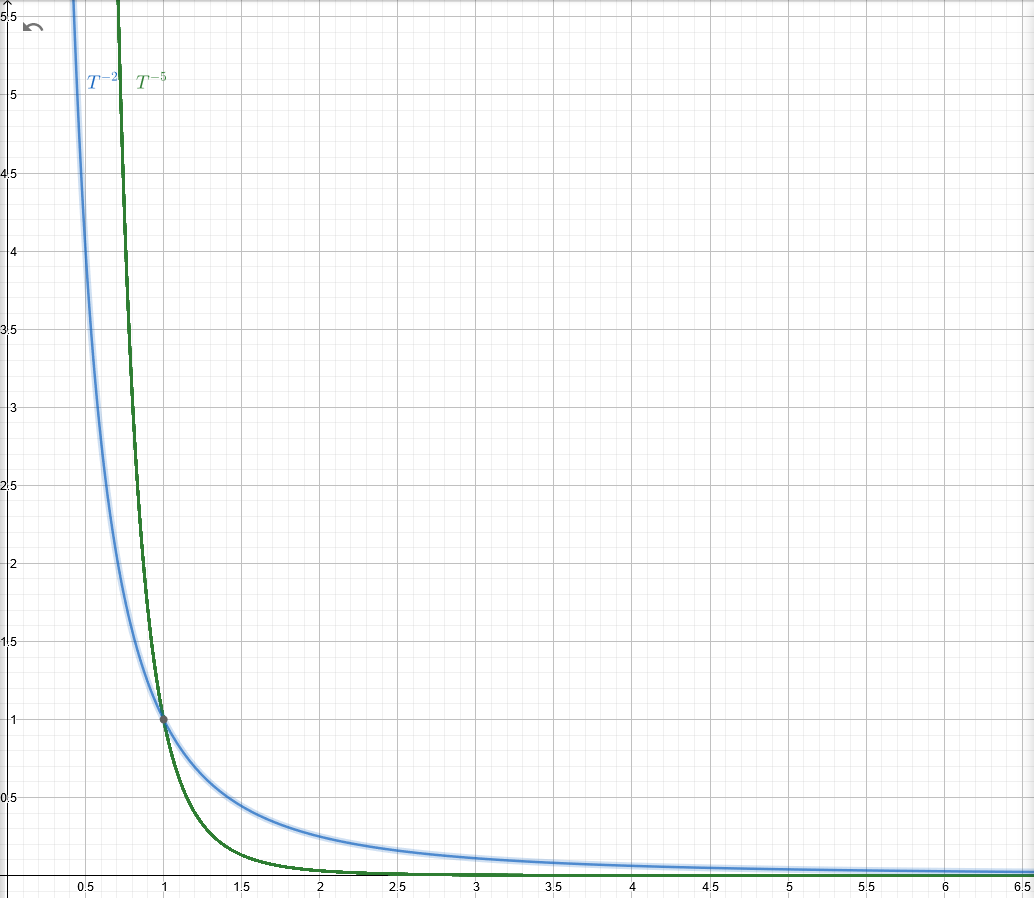 I hope this clarify your question !

What happens to the units when squaring a variable?

What are some good resources for learning photonics?

Discernible “frequencies” of magnetic fields that do not affect each other

If the moon became a black hole, how much would it eat in a day?

How to find the Heisenberg picture from the master equation without Lindblad structure?

Is the Galilean Cannon a demonstration of Newton’s Third Law? How?

When the same force is applied to identical objects moving at different relativistic speeds, how are they affected?

Is there a value for the neutrino oscillation ratio $L/E$ (length over energy)?

Inside a car with light bouncing vertically between two mirrors, now if the car starts moving will the light also move with the car?

Is this four-step recipe for quantization always valid?

What are the two elements of the electron field?