The webcomic involved aliens (who looked kind of like Lombaxes but with clawed feet and no tails) training to be soldiers on a space station which also served as a boarding school. There were other aliens (including ones that looked like giant eyeless Velociraptors), but no humans.

The “Lombaxes” were a warlike race fighting on multiple fronts, and the main character had a rare disorder that left him scrawny and pale compared to the others. He had two sisters, with both being romantically involved (one was in love with an eyeless Velociraptor), but as it turns out he’s asexual. He thought it was because of the disorder, but both of his sisters have it and are just fine. He compares it to looking at beautiful buildings. He can tell when someone is attractive, but he is just not attracted to them.

I remember one scene where he kissed one of his girl classmates because he knew he wouldn’t be able to finish a race in time without her chasing him due to his disorder. I would have read it around 2012-2013, but it had been ongoing for several years at that point.

I think you're thinking of Shades of Grey.

Shades of Gray is a story about a boy named Ten. It follows his adventures while he’s a student at an Altair academy training to be a pilot.

By definition this is a sci-fi comic, but at it’s heart it’s really just a story about how it is to grow up and find your place in the universe. Above all else, it’s about love. 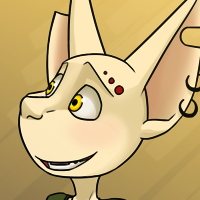 Ten is everyone’s best friend and honorary little brother. He has a sweet, sunny, sometimes childish personality and loves to make people happy. He’s also highly intelligent, though he plays it down. His view of the law is flexible, and he enjoys breaking it in small ways, but he would never do anything to purposefully hurt another person. Above all, he is an optimist at heart.

He does indeed have two sisters, and the cast page shows most of the other castmates are indeed darker.

Answered by FuzzyBoots on January 4, 2022

How does birth control work in Star Trek?

Was this character able to become one with the Force at the end of The Rise of Skywalker?

When is the last time we see the Gamma Quadrant in Star Trek: Deep Space Nine?

Why has no new Star Trek show been set after Voyager?

Did Richard A. Knaak get the idea for Warcraft from J. R. R. Tolkien?

inspiration  the lord of the rings  tolkiens legendarium  warcraft

What story is the Trans-Temporal Sonic from?

I’m looking for a fiction novel series about a submarine, being the USS Seawolf, finding the world in flames after a nuclear war.

Is there a difference between a parallel universe and an alternate universe?

Where are the outside cameras located on the USS Enterprise-D?

Did Tiger Millionaire’s wrestling change after Steven learns to fly and gains strength?

What is the origin of a phylactery as a soul jar?

Short story about invading another world, twist is the ‘futuristic’ invaders are actually conquistadores?

90s (or earlier) novel: on a cut off colony after FTL travel wipes out life and becomes impossible, an emissary woman starts a college

Short story about the end of the world