How to handle bottle necks in agile testing procedures

We have a problem in our development team, the development throughput is much higher than our QA members can test.

Our test team found itself in a situation where a new feature needs to be tested every two days.

So we have to do function, regression, exploration, and other testing, this loop takes a lot of time because any change or commit in the source code forces it to repeat everything.

They are now waiting for the developer to run his tests in the middle and before the end of the sprint. Is there some kind of best practice for such bottlenecks in the agile environment?

I already described the problem in the retro, the solution was a shortened sprint planning. But, depending on the effort, we still have the problem that we run into this bottleneck over and over again.

But the problem is, we also write and review the test automation. But we simply can’t keep up with passing the “normal” test, adapting the automatic test at the same time or creating a new one, everything together is simply no longer achievable.

Especially small teams with few testers and a lot of tasks have these problems in front of them. On the one hand we all know that in the agile world speed is everything, but it is forgotten that the QA is sometimes simply too much burdened. We are only human beings!

Even if the project owner is looking for solutions and everything was reported in the retro, not everything can be solved. Depending on the size of the project, you always have a bottleneck somewhere, and yes it is somehow desperate!

The answer is simple! 1- Work ahead. Yes, working ahead will create balanced deployed work ready for testing throwout the sprint cycle, and will give developers time to respond to testing feedback early away from sprint review. 2- To achieve #1 above, implement the PROPER agile rule of under-estimating and taking on work per developer that can be done and tested within a sprint span, leaving proportionate room for testing in sprint days.

Here is a full article I wrote about my own experience with the topic: I solved Agile testing bottleneck problem!

I found myself in that very same position last year. With a team of around 12 devs and only 2 QAs we used up all our time testing features and couldn't do the (IMHO) more important work of improving processes, making our test infrastructure better and also carrying out some more long term initiatives that would improve things from a quality standpoint. Plus on a more selfish side it was a pretty lousy career wise as we couldn't do other stuff.

What I did was take the discussion with my manager, I explained the problem and how serious it was then tried to come up with a roadmap to fix it. With my manager's approval I got the entire team together and started working on the whole "shift-left testing" approach.

After about 6ish months of that the team does task estimation by taking testing into account and they are comfortable enough with our frameworks that everyone can review QA/test PRs so I'm not even the bottleneck in that (the other guy left so, I'm the only QA). The best part is that I hardly ever write tests anymore... I write the infrastructure and frameworks we need and keep pushing for CI/CD and only get down to writing tests when some huge feature comes along.

Your milage will certainly vary and I was really lucky to have a team that wants to take ownership of every aspect of the features they make so they were pretty onboard with the transition but that is how I handled that very common scenario.

The whole team is responsible for quality. Test work-items are activities in a Sprint not a phase, everyone in the team can and should pickup test activities. Testers bring QA knowledge to the team, share it instead of doing all the work. Break the handover pattern.

Yes test automation should be executed during the Sprint, the product should be potential shippable. Meaning PBIs (Product Backlog Items) should be DoneDone.

Our test team found itself in a situation where a new feature needs to be tested every two days.

Automate everything. Performing Agile teams practise "XP" and start with the Test First practise. Working with short cycles means you need to change the way you work. Traditional by hand testing doesnt fit these short cycles. Short exploratory sessions (to check the test automation didnt miss anything) do.

I would suggest that you and your Team (and or facilitated by an Agile coach/Scrum Master) go over "A Coach's Guide to Agile Testing". 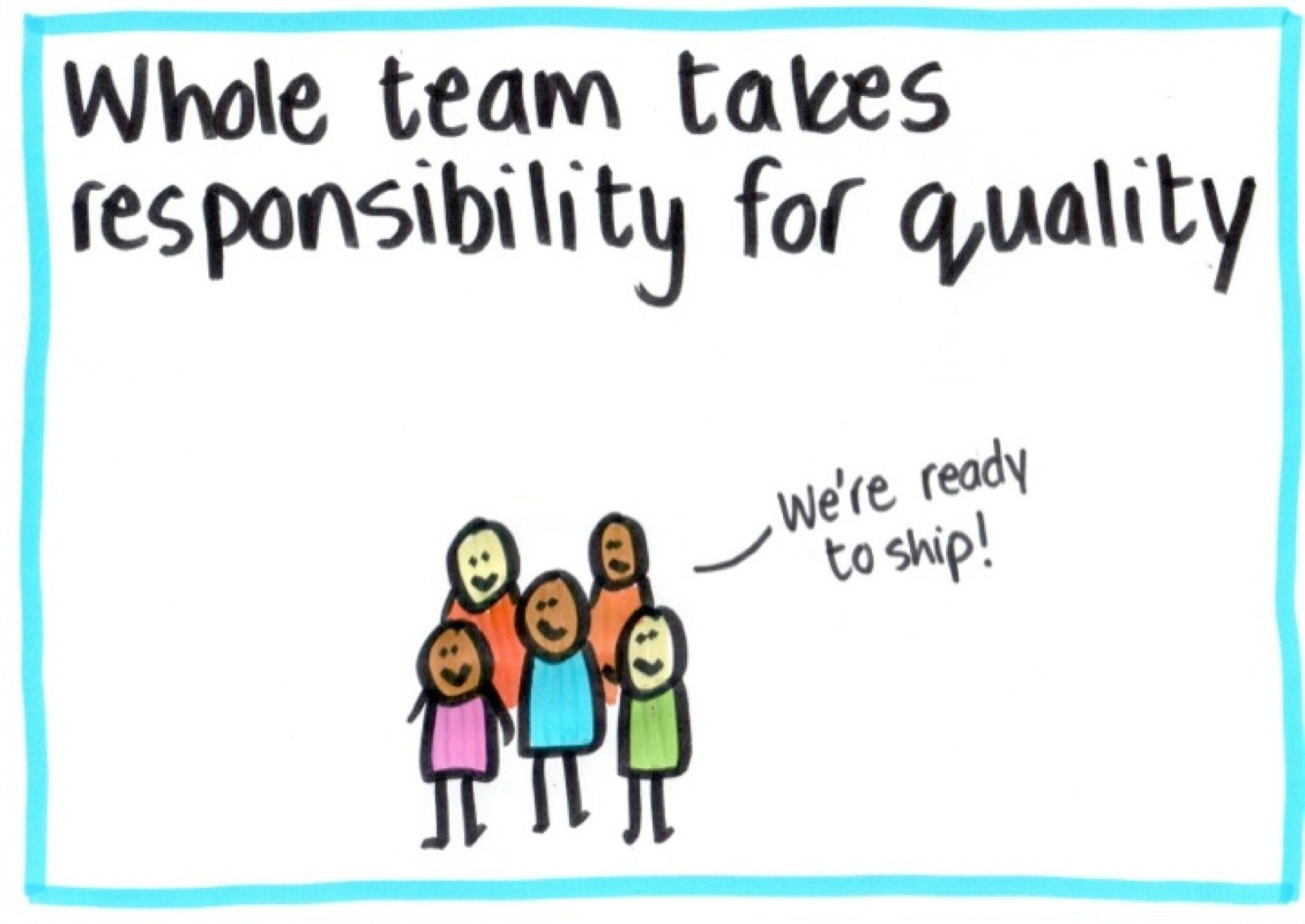 What books would you recommend to start learning about software testing

How to get data-href instead of href with selenium in python?

What are Jenkins plugins to monitor and handle flaky tests?

How to add an assert to an if ..else condition using Phpunit and selenium webdriver

Android application not launching with Appium

Unable to add/attach screenshot and test steps in Report

findElement is not working in Appium on Android

How to add multiple files in Selenium Web-driver using Java

JMeter: How to resolve javax.net.ssl.SSLHandshakeException Error

Fixing an asynchronous JavaScript timeout out issue with Selenium in C#

How should I document tests and requirements when third-party software is broken?