We know there is no sound in space in a vacuum, but when an astronaut is outside on a spacewalk doing repairs, can they hear the tapping when they use a hammer or the sound of a power screwdriver etc.?

Many years ago, as a young engineer, I worked for Hamilton Standard who developed the Space Suit, and which had the remit to develop a Power Tool for Astronauts for the purposes of repairing the Space Telescope while in orbit. We interviewed astronauts regarding their experiences working 'extravehicular' ...meaning in space, mainly at that point, in the payload bay of the space shuttle. It became apparent due to 1) the vacuum of space and 2) due to the multiple layers of the glove [2 at the time], they could not hear what they were working on. i.e. the click of a quick disconnect, or when approaching a pump coolant system that was working in space, no ability to hear which of the 2 pumps was 'stopped' vs 'working'. Working with United Technologies Research Center, to solve this problem, we found a piezoelectic polymer film which could be inserted into the glove, and act as a contact microphone. This film, was then connected to a mini amplifier and speakers, which meant that the astronaut could 'hear' through their hands [gloves]....whatever they were touching, they could hear. As a young engineer I was given an honorary NASA distinction for this, but I left the company soon after and never would know whether they fully qualified or implemented this solution. Would love to know.

According to WIRED Magazine's article and video Watch Astronauts Answer Your Burning Questions about Space (also viewable on YouTube):

Sounds exist in space, but humans can not hear them. 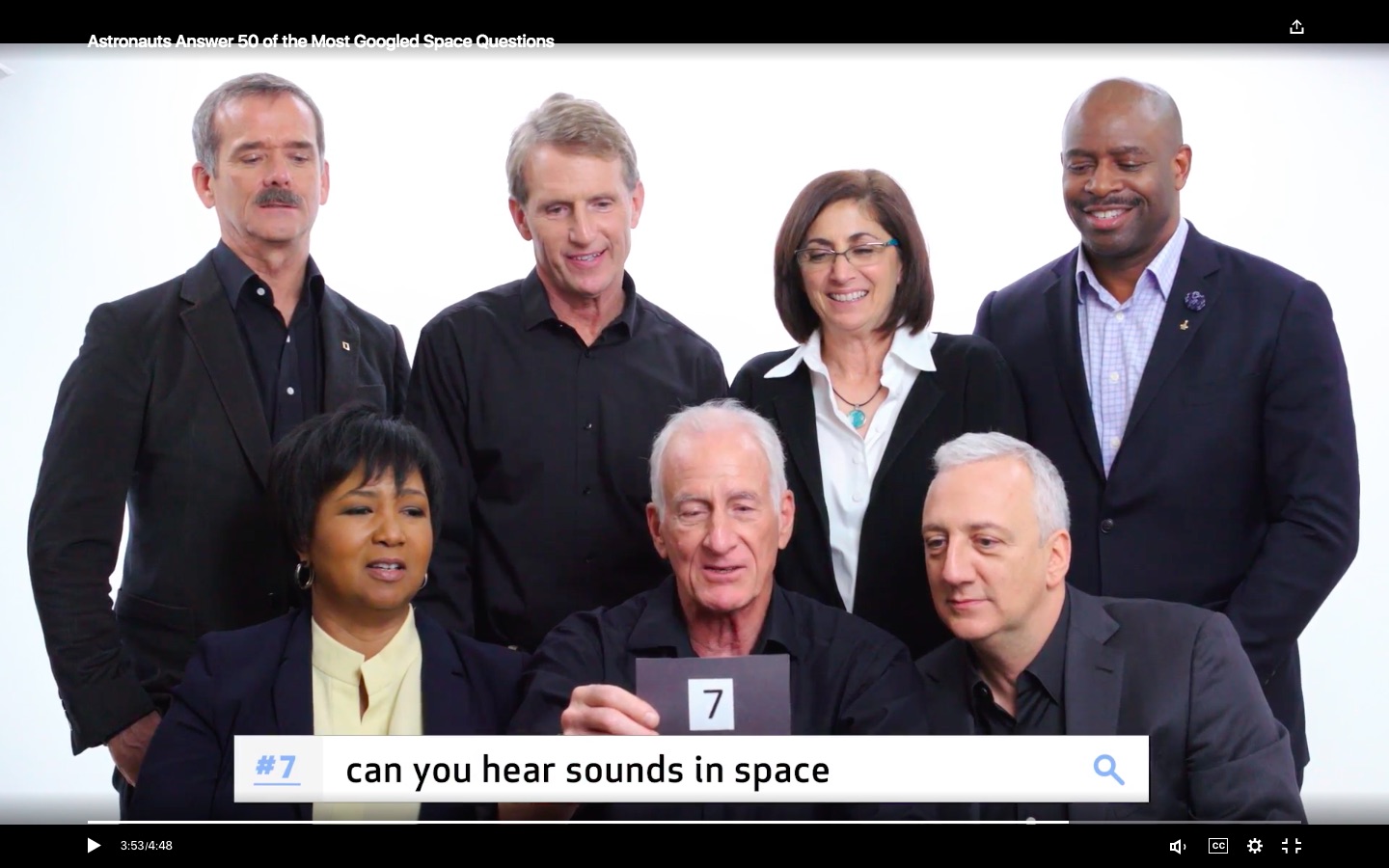 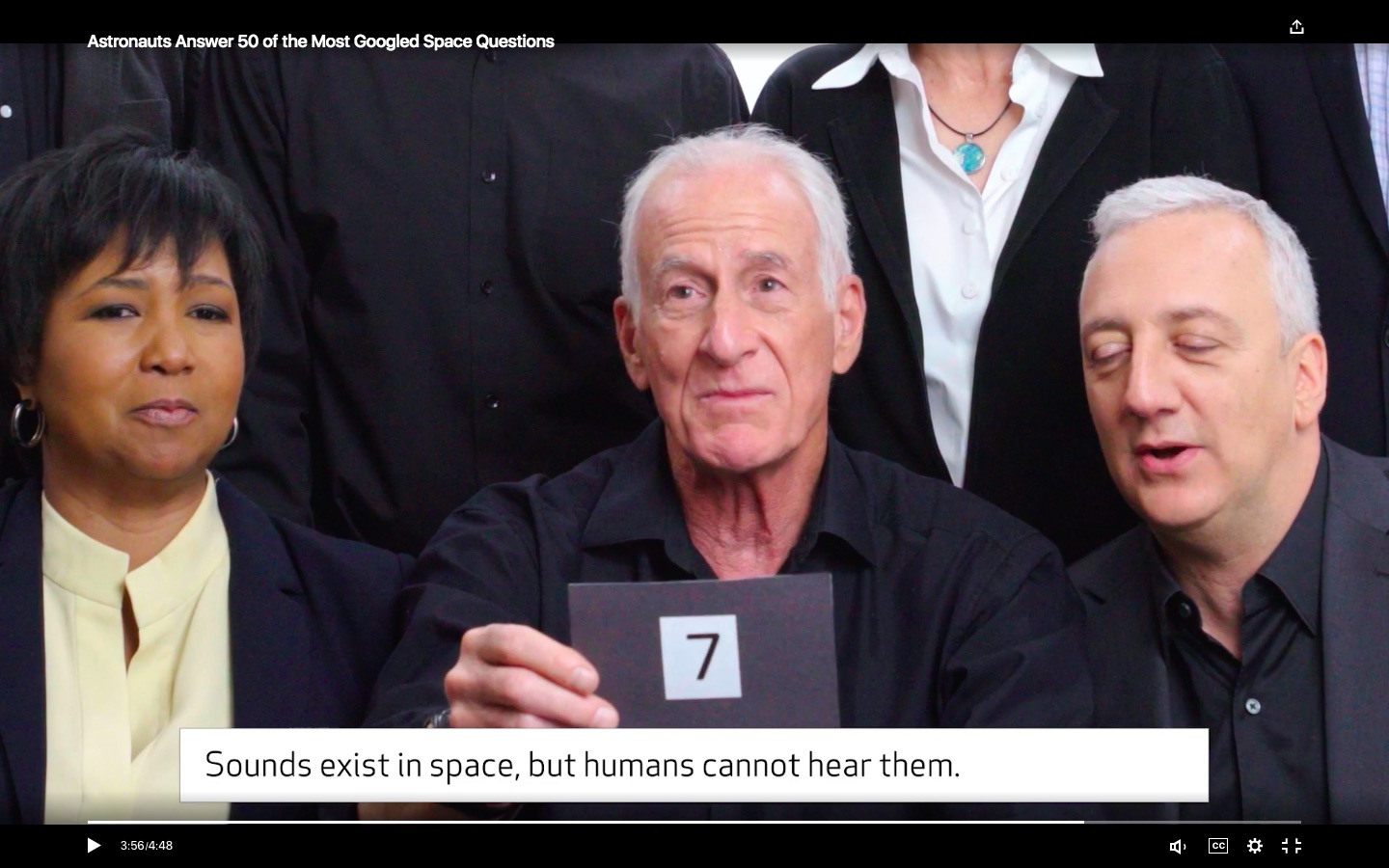 As pointed out in the question, there is not going to be any significant, perceptible sound transmitted through space at the altitude of the ISS (now roughly 400 km). The density is so low and the mean free path so long that any tiny, residual amounts of sound that could potentially be transmitted (by an anomalously high local pressure (see below, or especially here but lower your volume a bit first)) would be lost at the first interface between the extremely small atmosphere and the solid materials of the astronaut's helmet due to acoustic impedance mismatch.

In the video referenced by this question you can hear both acoustic sound transmitted through the low pressure atmosphere recorded by the camera's microphone at the lower altitudes, as well as some mechanical or "microphonics" as discussed in the excellent answer. Microphonics can also be heard in the video discussed in the question What are the sounds in this GoPro-in-orbit ISS video?.

If the astronaut were working in the vicinity of a serious, large gas leak, or in any other highly unusual situation where there was a much larger atmosphere, one should not be absolutely certain no sound perception could be possible. It should not be explicitly ruled out, though very unlikely.

However, for hand tools held by an astronaut, there is a possibility of microphonics via bone conduction, though this would require conduction through the suit's gloves, so the chances are very low.

Finally, as an aside, there is always a possibility of perceived, or mis-assigned sound cues. See for example the New York Times article Why We ‘Hear’ Some Silent GIFs and the scientific references within, as well as this tweet by Lisa Debruine, a researcher at the Institute of Neuroscience and Psychology at the University of Glasgow.