Why does the video feed always fail during Falcon 9 landings?

I’m in love with SpaceX and Falcon 9, I watch every live stream and the most special, most amazing, most thrilling part of each launch is the 1st stage landing. Seeing the smoke (or vapor) clear and seeing that 33m tall rocket landed safely within 2 meters of target makes me cheer in my office on the far side of the world.

But for some reason every Falcon 9 landing’s live feed from “Of Course I Still Love You” cuts out just as it’s coming into view. Why? Oh, why, does does it torture me so? 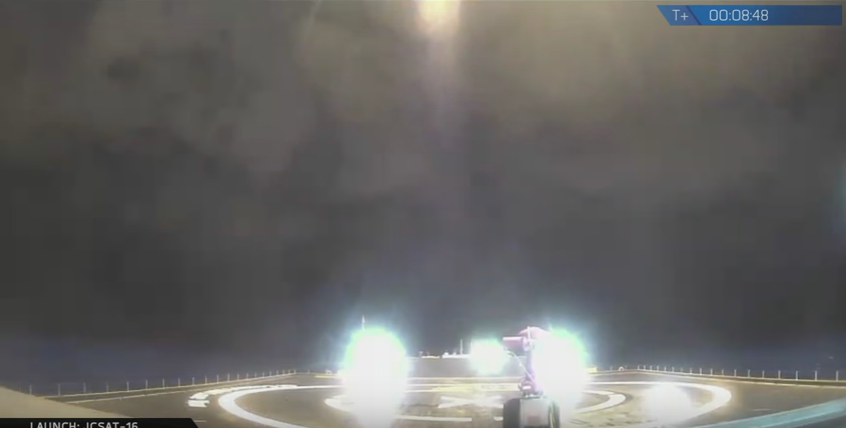 I can see it! I can see it right there. But why has the feed dropped out?

Screenshots from GPS III Space Vehicle 05 Mission June 17, 2021, (video cued at T+ 07:52) which shows continuous video coverage all the way down from the 1st stage camera as well as continuous coverage from the camera on the boat ship (found in this @NASASpaceflight tweet): 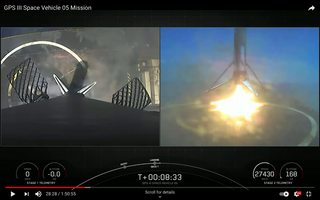 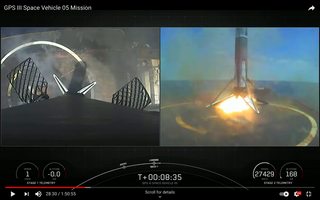 Update1 : It doesn't always fail on every landing!

For example here's the SpaceX video from the ANASIS-II Mission.

Pardon the ugly GIF, I don't know how to make a better one...

ANSWER: The feed is dropped because the conditions to maintain satellite lock are lost due to vibration created by the thrust of the engines as they slow the craft at the last stage of flight.

SIMPLE SOLUTION: SMALL unmanned boat that is towed behind the landing barge at a distance where vibration will not be a factor (300+ mts). This boat has stabilized GPS, all antennas, cameras (HD, etc) and media backup to capture and transmit in full time and glory the darn landing!

WHY OH WHY @SpaceX can you do such amazing things but you can't solve something so simple? very anticlimactic

Answered by Alex Pimienta on September 28, 2021

Consider what is happening. A rocket firing a 175,000 lb thrust engine, (throttled down as low as it can go, so let's call it 100,000 lbs thrust) is pointed at, and getting closer and closer to a flat surface 170x300 feet in size floating on the ocean.

The engine thrust is vibrating the platform so much they lose satellite lock.

The ASDS is shaking very badly due to the rapidly approaching rocket. As it gets closer the effect gets worse.