The United Arab Emirates (UAE) recently announced plans to send a probe, named al-Amal (Hope), into Mars orbit. A new group called the Emirates Mars Mission was created to head this effort. The Emirates has insisted that they want this to be more than a technology demonstration mission. As such, they have stated certain science goals:

Once there, its work will include analysis of the Martian atmosphere in hopes of finding answers to ongoing conundrums involving Mars’ long term water loss via atmospheric photo-dissociation. That is, the reactive chemical breakdown of water (H2O) brought on by the Sun’s incoming photons.

Its mission aims include observing clouds and dust storms; changes in atmospheric layers and for the first time how the atmosphere interacts with Mars’ varied topography, from the large shield volcano Olympus Mons to the deep canyons of Mars’ Valles Marineris.

after being inserted into an elliptical 55-hour orbit in the first quarter of 2021, Hope will carry out its nominal two-year science mission at altitudes ranging between 22,000 to 44,000 kilometers. From there, the mission will investigate how the lower and upper levels of the Martian atmosphere are connected. One goal is to create the first global picture of how the Martian atmosphere changes throughout the day and between seasons.

The Science Lead for the mission is Sarah Amiri, who seems to have experience in technology, but not in planetary science. 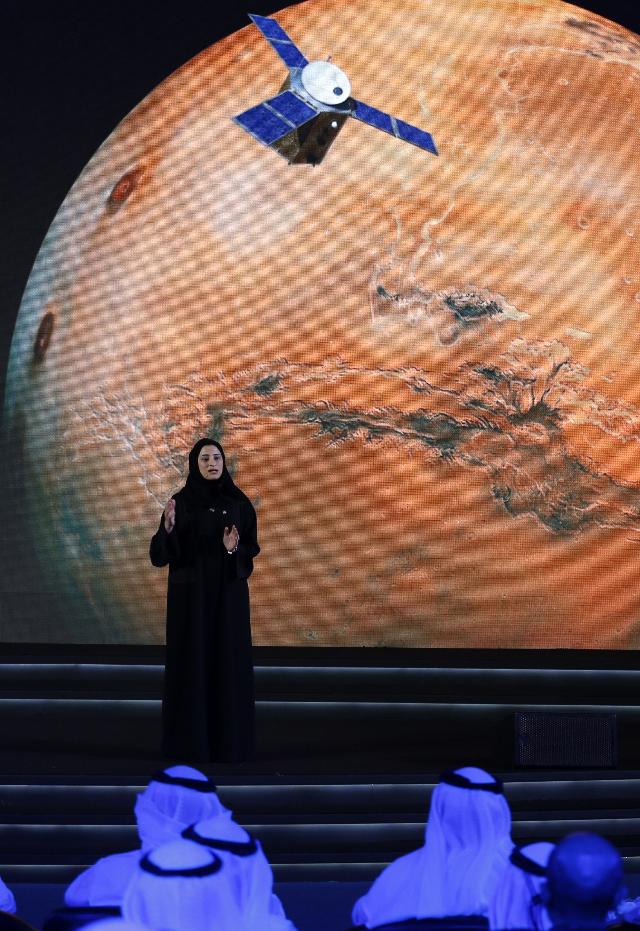 Will any planetary scientists be advising the Emirates Mars Mission team? If so, who?

All quotes and picture from the following article:

Answered by PearsonArtPhoto on November 8, 2021