I have a library which was used as follows

With dist/index.js its entrypoint. Now, however, I would provide an import for NodeJs projects only and one for web projects. Ideally I would have something like this for NodeJs

My understanding is that both @me/core/nodejs and @me/core/web will be different NPM packages this way, which is not what I want. I want it to be in 1 npm package.

I tried to changed the library’s index.ts file, from

This actually works, but I have to use it now (in a NODEJS project) as follows

Is there maybe a way to import this such that I don’t need the nodejs everytime?

As you can see I’m not so sure what I should do here so any help would be appreciated!

UPDATE: Based on the suggestions by @Klaycon I see the following error: 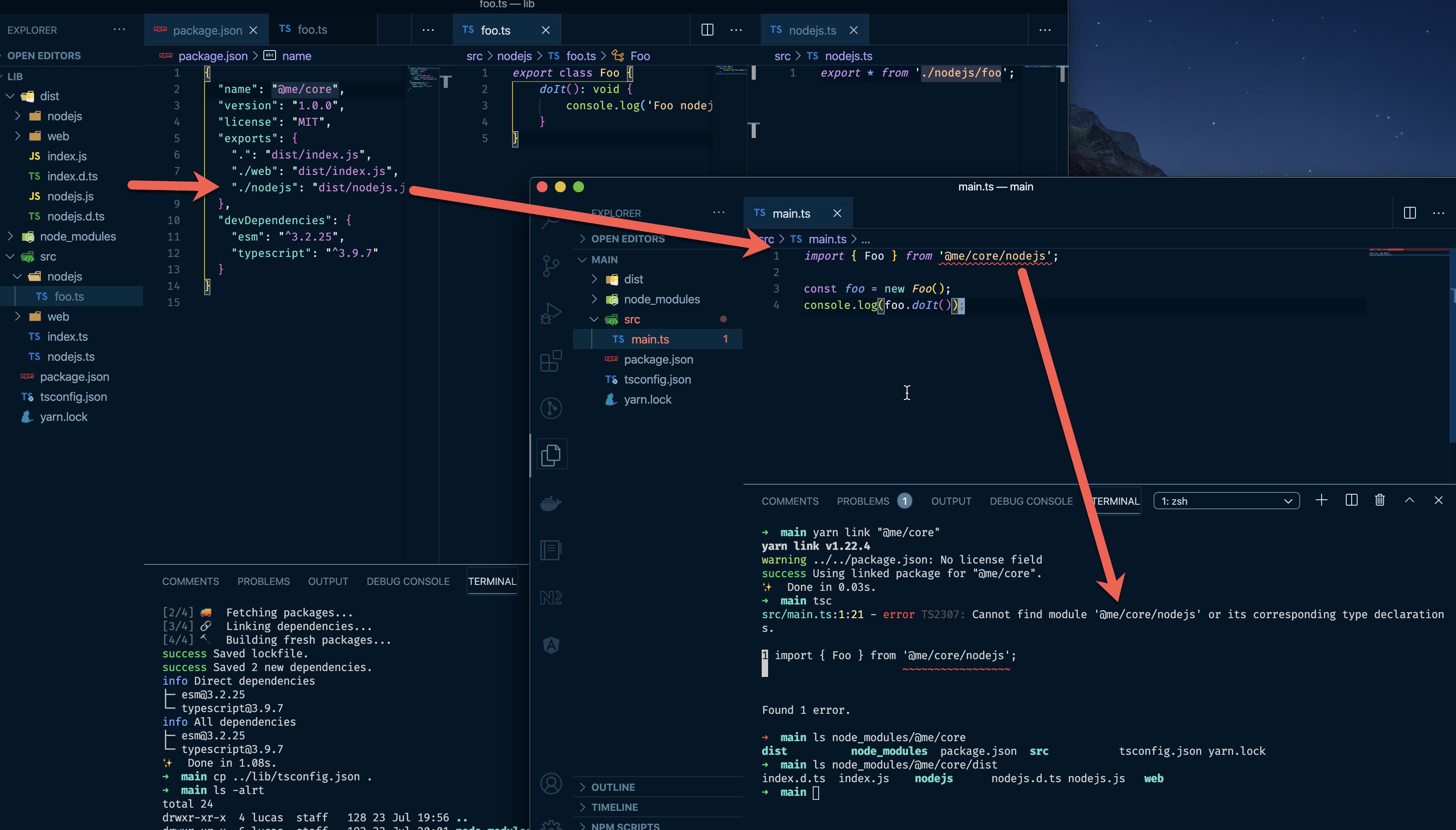 In a package’s package.json file, two fields can define entry points for a package: "main" and "exports". The "main" field is supported in all versions of Node.js, but its capabilities are limited: it only defines the main entry point of the package.
The "exports" field provides an alternative to "main" where the package main entry point can be defined while also encapsulating the package, preventing any other entry points besides those defined in "exports". This encapsulation allows module authors to define a public interface for their package.

So, in your package.json, you could define exports like this:

How can we convert an nested object in an array into an array?

What will this recursive function yield?

Is it possible to call class methods from the `contructor` in javascript?

How to style Rebass Switch

How to rewrite a RewriteValve for Undertow / JBoss 7.2 EAP?

Table not getting created sqlite android

The document “ViewController.swift” could not be saved. The file doesn’t exist

Receiving “fatal: not a git repository (or any of the parent directories): .git” while using pat to push code into bitbucket using azure powershell

How can I vertically align an image to the center of the first line of some text?

How does python implement the indexing of strings?