I wrote this about a year ago while working through my own way trying to compile a FFmpeg for Windows, based on the premise in the FFmpeg wiki that:

The Fraunhofer FDK AAC codec library. This is currently the highest-quality AAC encoder available with ffmpeg. Requires ffmpeg to be configured with –enable-libfdk-aac (and additionally –enable-nonfree if you’re also using –enable-gpl).

The native FFmpeg AAC encoder. This is currently the second highest-quality AAC encoder available in FFmpeg and does not require an external library like the other AAC encoders described here. This is the default AAC encoder.

However, recently attempting to build FFmpeg with the media-autobuild_suite showed the following when presented with the FDK-AAC build option:

However, this third-party tool is the only reference I can find to the claim that FFmpeg’s default AAC encoder is now superior to FDK-AAC, and the relevant FFmpeg wiki page itself remains unchanged. Is this true, and if so, what was the source for this information?

FDK is better, and the original claim was dubious

There have not been many improvements to the native FFmpeg AAC encoder since the flurry of activity in 2015-2016. The biggest change since then is use the fast coder as the default in early 2018.

The best way find out which is better is by personally performing a rigorous, blind test. Some recent examples: 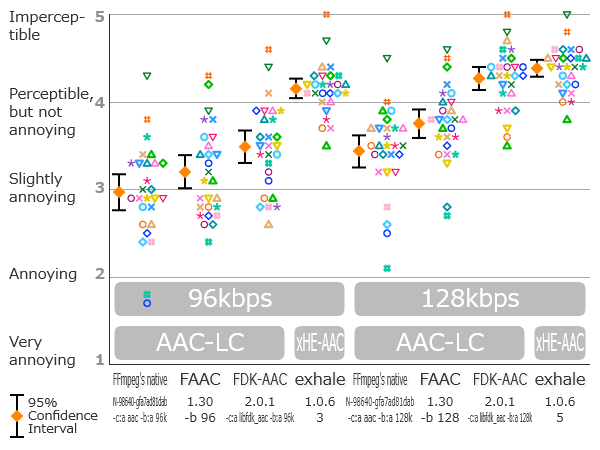 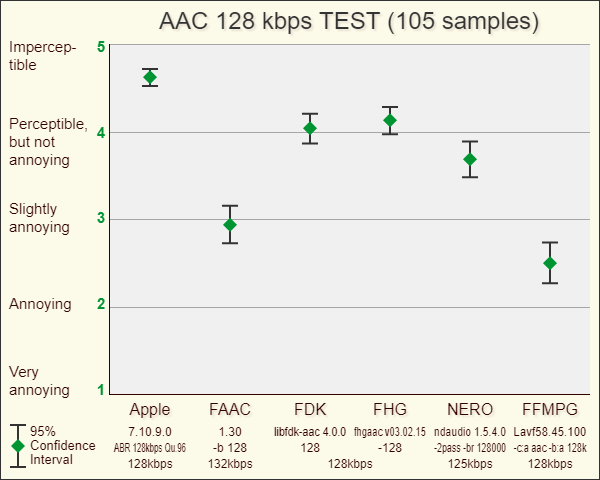 As you can see both listeners on average rated FDK better than FFmpeg AAC. However, keep in mind that:

Personally, for MP4 video files I often just use the native FFmpeg AAC encoder because it's good enough to me for most consumer content; most of which is being watched on phones anyway (horizontal video in portrait mode of course) with the viewer half occupied by texting, Instagram, and cat photos.

Just give a somewhat higher bitrate compared to libfdk_aac.

The source of this claim

The source was originally on the FFmpeg Codecs Documentation for the AAC encoder. If I recall correctly is was made by one of the developers who greatly improved the encoder. It was probably a result of enthusiasm and unintentional bias mixed with a small testing sample size (I'm sympathetic as I've made similar mistakes not related to this topic).

Terminal fails with a “Could not create a new process and open a pseudo-tty.” message

How to remove Document Inspector warning in Excel

Fitting images to document’s margins in a docx file

How to auto-hide bookmarks bar in Chrome?

Windows: What are the general install methods? Together with one “example install” to be named correctly

How do I set the the text direction in word 2010 to right to left for languages like Hebrew or Arabic when copy/pasting?

Is it possible to monitor RDP Sessions or Connections to a PC and Is there a good sessions monitoring program that will log remote sessions?

How to fix blurry text in Windows 10 with multiple monitors

Complex Nested If, AND, Or Function

Automate putty via batch and execute a command

Enable testing of native pinch to zoom in Firefox

laptop issues after adding extra RAM, screen flickers with weird lines and many other errors

Why does Windows Vista’s Notepad randomly move the cursor after saving a file?

How to configure preferred static IP on Windows 10?

How to join two video frames into one, so the final video plays two frames as one simultenously

Why was KB4586876 (.Net 4.8 Preview) automatically installed on a production system?

How to purge deleted file names?

After `telnet`ing to a device, can not see the device prompt