wrapfigure: Several text-wrapped figures in the same block of text

I would like to “scatter” several pictures throughout the same block of text with wrapfig.

This only treats the last figure as a figure wrapped in text. The first one is “ignored” and placed above the text.
This image shows what LaTeX gives me vs. what I want: 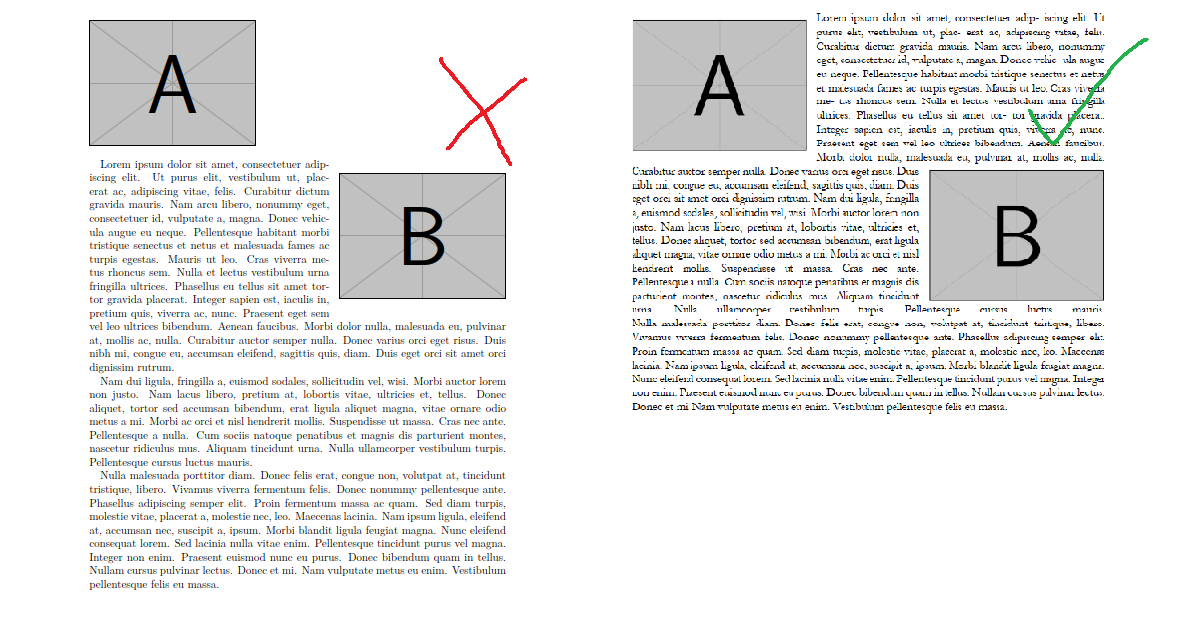 First, the wrapping can't overlap because wrapfig has no mechanism to combine multiple shapes. This example does not quite overlap though.

I expected all you would need to do is place the second wrapfig within the paragraph between the correct words, exactly as @Vincent comments. But that doesn't work -- wrapfig gives a warning and floats the figure anyway. Thinking more, this makes sense: wrapfig doesn't know that the wrapping has finished until the paragraph is ended because the text is not broken into lines until the end of the paragraph. I suppose wrapfig could end the paragraph just to test, but if it does decide to float the figure then it has ended the paragraph unnecessarily.

So the solution is to explicitly do what wrapfig does implicitly to start wrapping in the middle of a paragraph: insert

in the paragraph, between two words where the natural line-break occurs, followed by begin{wrapfig}.... (Vincent probably said this solution too.)

You need to scatter the figures in the text also. 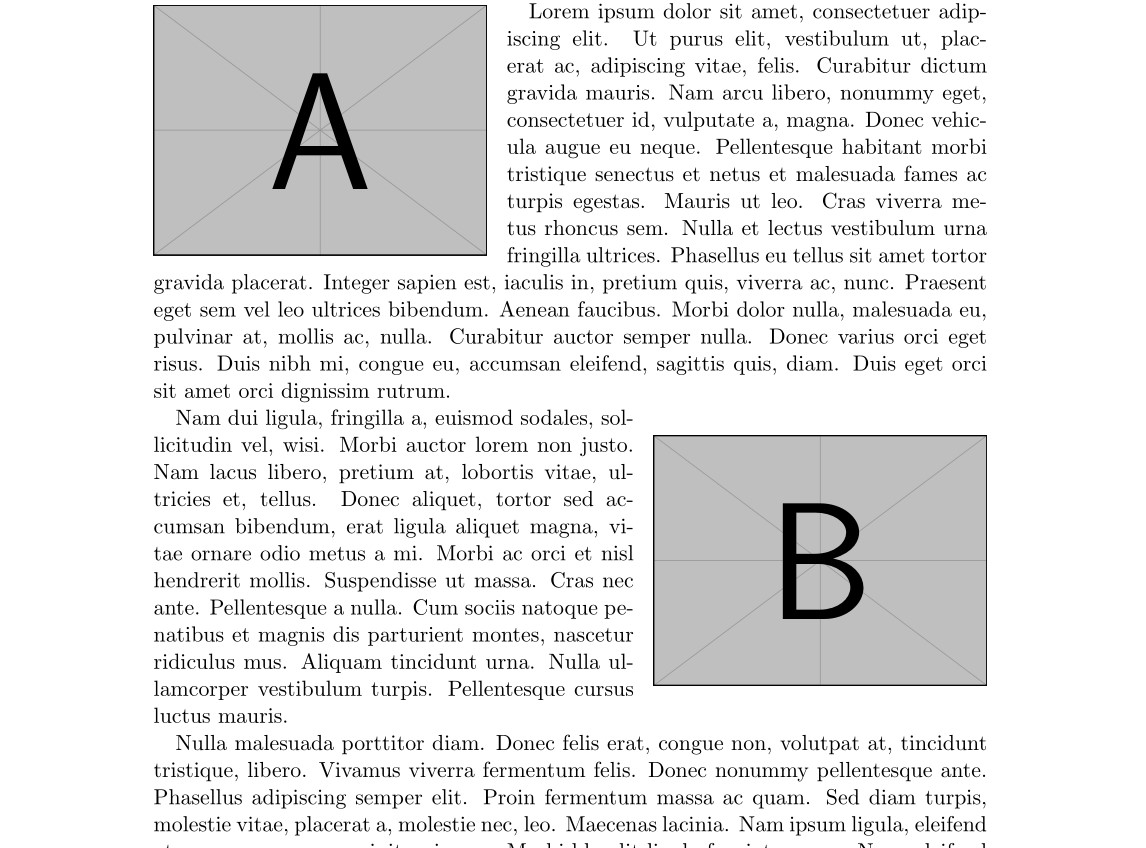 Biblatex no extra line, in case of equal initial letters

Having asterisk above and not inline in code listings

Is there a way to bold siunitx entries in a tabular when using the libertine package?

Moving to the right Subsubsection in TOC

Why is nsim thicker than sim?

Beamer – generate some slides separately, include them in the main file

Adding prefix to backref when using hyperref links in bibliography

Conditional formatting of footline, depending on whether footnotes are present

New command to turn to italics

Indicating point on a graph with a given interval

How to put caption in package solidity-highlighting.tex

write the content of an hbox in an auxilary file

Any idea how to get this kind of format?

Resize the whole table to fit linewidth, not just the tabular

How to change the text placement on edge Tikz