Travel Asked by Crazydre on December 1, 2020

The train reaches Chop at 12:00, and my connecting train, for which I have a ticket Záhony-Budapest, leaves Chop at 14:10, while the first train back to Slovakia leaves at 16:55.

Would the Ukrainians, as a pragmatic gesture, agree to kick me out on my intended connecting train rather than sending me back to Slovakia for the sake of it?

I'm sitting in the "sterile" waiting hall at Chop as we speak - there are immigration booths for those embarking/disembarking here, in addition to checks onboard trains (for others). 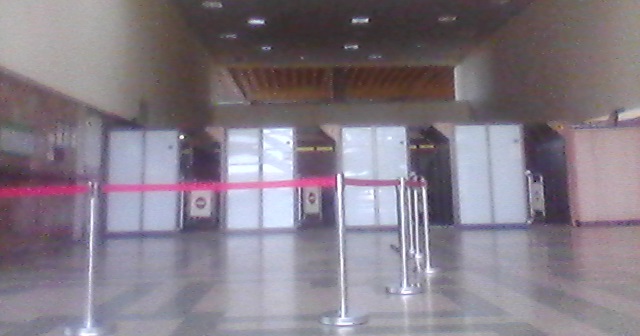 Upon arrival, I got off straight away and was ushered into the waiting hall. There, I presented my ID and train ticket to a female border officer, explaining I'm going to Hungary on a train leaving in 2 hours. I was asked to sit down, and after 30 minutes a male officer came with the documents as well as an entry refusal letter for me to sign. I was told (in surzhyk) that I could just relax here and board the train as soon as it arrives, and show the refusal letter in lieu of a ticket Chop-Záhony (though I bought hryvnias in Cierna nad Tisou expecting to have to buy a ticket in Chop, apparently I'm not expected to).

So in summary, though you're obviously not supposed to do this, in practice it's not a big deal to them. Not sure how much it has to do with me being a "low-risk" national and/or the fact that there's not a soul here apart from the officers (and there was only one person other than me on the train from Slovakia)

Correct answer by Crazydre on December 1, 2020

“No record found for traveler” error when I try to look up my US travel history – is there a way to get this corrected?

Are travelers from outside the US obligated to follow the 14-day quarantine in New York state?

Why did Turkish Airlines restrict hand luggage to 4 kg for the duration of the COVID-19 pandemic?

Is the exception for the Thai visa amnesty deadline in the case of an outbreak situation in Thailand or in one’s permanent residence country?

Phone dying when using mobile myTix NJ Transit app – what can be done to protect?

Are there high chances of getting visa refusal in UK for misinformation?

What does it mean for a traveler to be “from a country” for the purposes of travel to Spain?

Will the cabin crew heat your own food up?

How can I see a moose in the wild in Moscow?

Belgium to England about quarantine

Does the exact form for a Covid test matter when entering Austria?

Where can I travel for prolonged periods of time while legally working remotely for a company in my home country?

I’m an international student in Canada. I want to see my girlfriend in the US

Can one travel from America back into Europe at the moment?

Which name provided during booking a flight is the one that counts?

What are the current travel restrictions on individuals entering the United States from regions affected by Covid-19?

Germany: What happens if you test Covid positive on arrival