Apologies in advance if this is too noob a question. I have already searched google and couldn’t find a satisfactory answer.

So I decided to give Premiere Pro a go and downloaded the Adobe Premiere Pro 2020 on my mid 2014 MacBook Pro. I had to install it on my bootcamp windows because my main Macintosh drive is near full. But after I opened it for the first time, there was a warning that said unsupported video Driver. I try to update my NVIDIa GeForce GT 750M through GeForce Experience and update to the latest driver, but it still showed the warning. I clicked the Adobe System compatibility report and it said (strangely) on the first line no conflicts to report and then on the second line Nvidia has identified a bug which caused random crashes and has provided a fix in driver version 430.86 …. I went to Nvidia driver download website but the driver mentioned in the report was not for my specific graphic card (GeForce 750M) I tried to download the 430.86 but it was blocked from installing as incompatible. So I don’t know what to do next.

I choose to ignore the warning
at the moment. But I would appreciate if someone could help me out here. 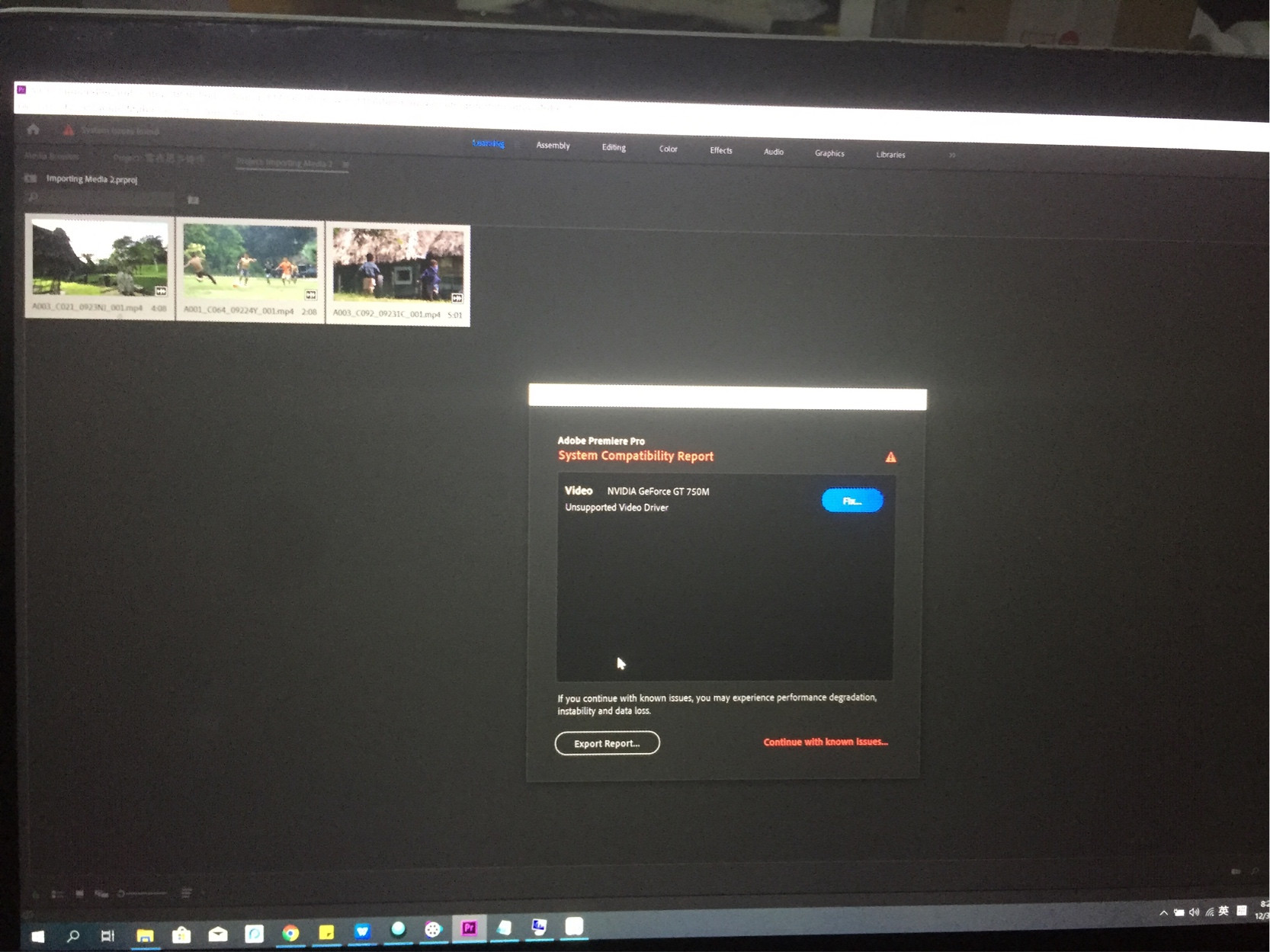 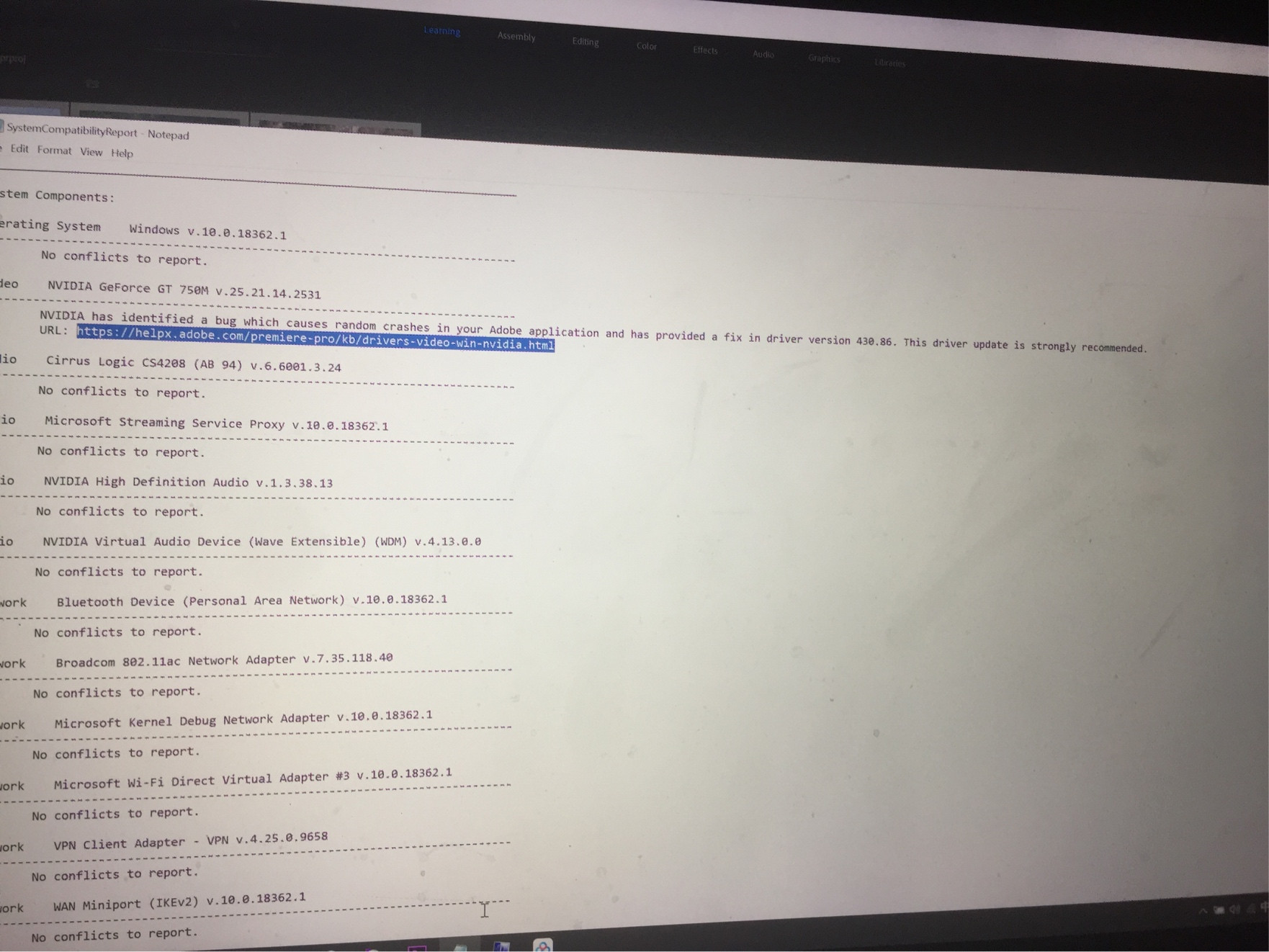 I have the same issue, the reason is that your graphic card is not supported with the 2020 version of Premiere Pro. I have the exact same graphic card.